Jeff Bezos has no interest in bringing Amazon to the 51 million people in South Korea, and Bon Kim is the reason for that. Kim is the CEO of Coupang, the fastest growing e-commerce site of all time in South Korea. The startup, founded in 2010, grossed nearly $300 million in 2014 and is expected to show it quadrupled that amount in 2015, when those numbers are available. Last summer, Coupang raised $1.3 billion in funding. Kim has a 19% stake in the company, which gives him a net worth of $950 million.

Kim and Coupang have mastered something Jeff Bezos and Amazon are still trying to figure out. Coupang offers on-demand e-commerce with same-day delivery. Amazon is trying to offer this to its bajillion customers, but so far, hasn't been able to make the margins work. It is either too expensive for the consumer or for Amazon and often for both. Remember, Coupang was founded in 2010, the company has managed to do this in remarkably less time in business than Amazon.

Bon Kim didn't set out to become the e-commerce king of South Korea. He was born in Seoul and from the age of seven, he spent much of his life abroad. At 13, he went to boarding school in Massachusetts. He was a varsity athlete in track and wrestling. When it came time for college, Kim stayed local and went to Harvard, where he started a student magazine called the Current. Newsweek took the magazine over in 2001, a year after Kim graduated. He also interned at the New Republic. 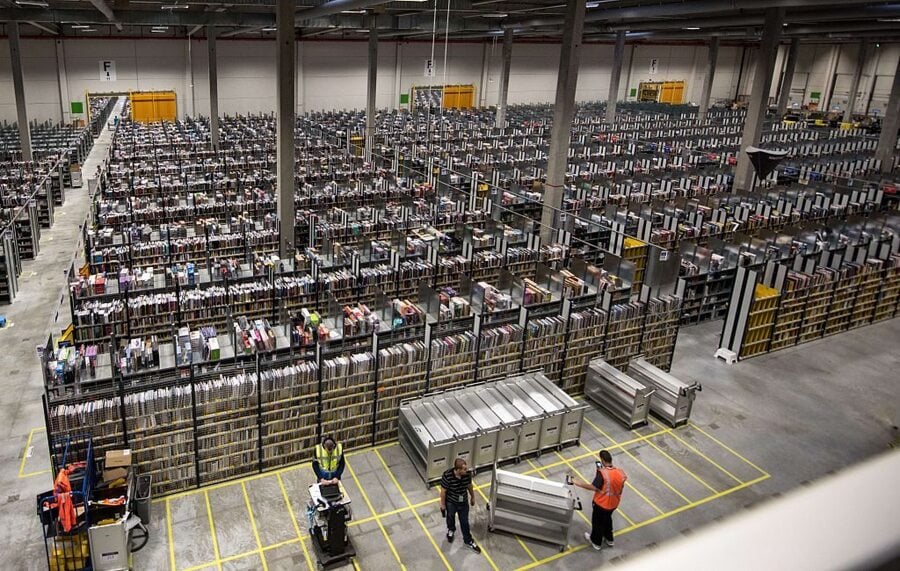 Kim enrolled in Harvard Business School in 2010, but dropped out a year later. He had been bitten by the e-commerce bug and wanted to start a business in Seoul. At the time, Groupon was a hot commodity and Kim set his sights on the daily deal model. Coupang became the 30th Groupon clone in South Korea. Kim registered as a limited liability company in the U.S. to make it easier to raise money from American investors. He spent nearly a million on advertising. However, he soon learned that daily deals are a lousy business model. Customer retention is nearly nil.

By the summer of 2013, Kim had transformed Coupang into an e-Bay style site while experimenting with true e-commerce. Two years later, Coupang had $400 million in capital from Silicon Valley behemoths Sequoia Capital and BlackRock and had made a big commitment to its own inventory. Kim made a more than billion dollar investment in logistics infrastructure.

Remember, Kim spent many years in the U.S. and Coupang's structure reflects that. The company's head of marketing is a former Zappos employee whom Kim convinced to move to Seoul with his family last year. Kim wanted Coupang to have a Western perspective to e-commerce. Coupang has more than 200 non-Koreans on its staff, including former Amazon executives, consultants, and engineers fresh from Silicon Valley. Kim hired a battalion of translators to act as translators for its American employees and as mediators for its Korean employees.

In just the past two years, Coupang has built a network of customized delivery truck, warehouses controlled by an algorithm that allows it to be the fastest delivery in Korea. The company's algorithms allow it to inform employees on which stock to move where, so that the most frequently purchased items are closest to the people buying them. Deliveries are made by 3,600 "Coupangmen," who hand out balloons and candy to kids and text customers pictures of their boxes when delivered, if they are not home to receive them. The average Coupang driver delivers 120 packages each during a 10-hour shift. In South Korea, other retail establishments take two to three days to deliver their goods. Coupang is blowing the competition completely out of the water by delivering in a day or less. Customers can even cancel a shipment already on its way. Oh, and by the way, they don't charge for delivery.

South Korea has the second largest GDP in Asia. Almost everyone is on a smartphone and a high-speed network. Half of the country's population lives in and around Seoul, making it easier for Coupang to deliver on their impressive promise of same day delivery. In South Korea, 15 cents of every retail dollar is spent online. In the U.S. that figure is nine cents.

Bon Kim has become the e-commerce king of Korea and beaten Jeff Bezos at his own game. Amazon currently operates in 13 countries. Alibaba dominates China and Rakuten is the leader in Japan. Kim is content to keep his business running in Korea alone. At least for now.