By Amy Lamare on October 10, 2018 in Articles › Entertainment

Hong Kong's Peak neighborhood is exclusive and home to some pretty pricey estates. One recently went on the market for $446 million. If it sells for that, it could break the record for the most expensive home sold in Hong Kong. It may even be the most expensive house for sale in all of Asia. It has been on the market since April. Prior to being put up for sale, the home was available to rent.

Hong Kong is home to more ultra-wealthy people than any other city in the world. As a result, prices of real estate are increasing, especially in the luxury market. Hong Kong was named the prime luxury market in the world for the second year in a row by Christie's International Real Estate. The city had the first and second most expensive home sales of 2017. A property in the Peak neighborhood sold in January 2017 for $360 million to Yeung Kin-man, a technology billionaire. In March 2018, a buyer bought a home in the Peak for $178.4 million – that works out to $19,400 per square foot – making it the most expensive residential sale in Asia. 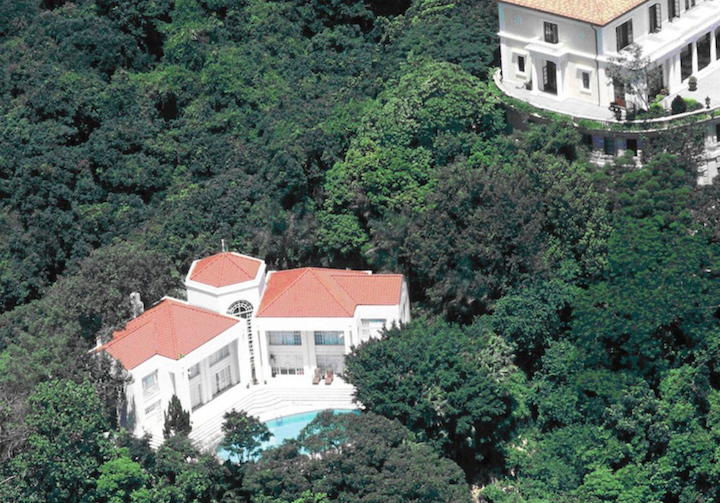 However, this $446 million home could absolutely annihilate those previous records. The four bedroom, four bathroom home sits on a 7,725 square foot lot on Middle Gap Road, one of the most exclusive gated communities in Hong Kong. The home is surrounded by a dense forest with views of the peak above, the dramatic skyline of Hong Kong, and the sea below, depending on where you are in the house. The home was built in 1991 in the colonial style. It has a swimming pool and a chef's kitchen.

The inventory of homes in the Peak is very limited. In fact, Hong Kong as a whole is in the middle of a serious housing crisis. Tens of thousands of people pay around $2000 a month to live in tiny homes that are the size of coffins. Part of the issue stems from the small amount of land Hong Kong actually has.

Hong Kong has been the least affordable housing market for eight years in a row.