93-Year-Old Hawaiian Heiress Battling Courts To Keep Control Of Her Fortune And Foundation, Which Benefits Hawaii

By Amy Lamare on November 1, 2019 in Articles › Entertainment

Princess Abigail Kinoiki Kekaulike Kawānanakoa is one of the richest people in Hawaii and also the last remaining Hawaiian princess. She has an estimated fortune of $215 million, but she is currently struggling just to pay the electric bill after a stroke launched her former attorney and wife into a battle over her fortune and well-being. Now, a hearing is scheduled to determine whether or not she needs a conservator to oversee her vast fortune. Her fortune has been tied up in court since she had a stroke in 2017. Her longtime attorney James Wright assumed control of her finances after the stroke against Abigail and her wife's wishes.

Wright alleges that Kawānanakoa is "unable to meet the essentials of physical health, safety, self-care or financial matters." He claims that Kawānanakoa needs the protection of the court. Wright was her attorney for nearly 20 years. He claims to have spoken to Kawānanakoa three hours before she had the stroke and maintains that she is no longer the same person. 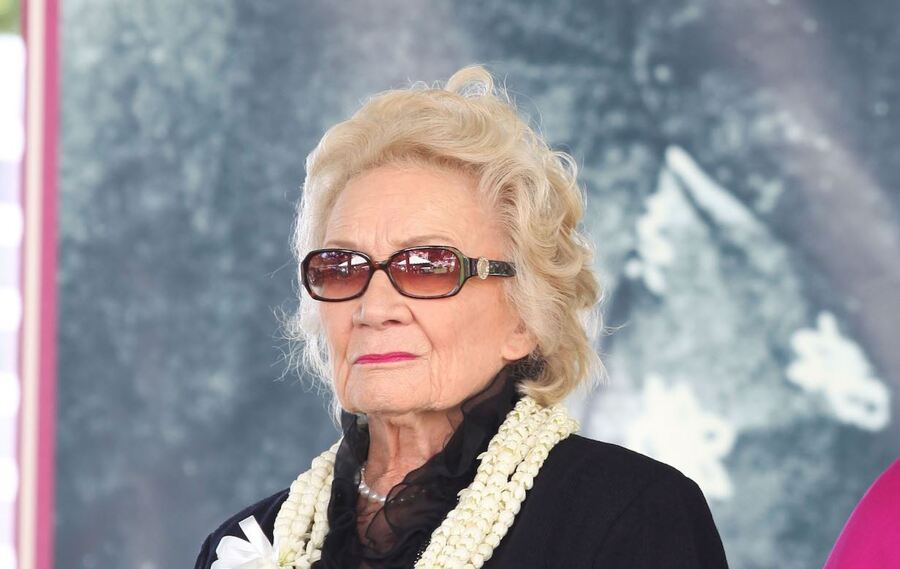 Kawānanakoa fired Wright as her personal attorney and married her long-time girlfriend, Veronica Worth, in the fall of 2017. Wright filed a lawsuit alleging that Veronica physically abuses Kawānanakoa. For what it's worth, Abigail herself claims she is fine. Her attorneys have also disputed the claims that Kawānanakoa is being abused by her partner of more than two decades. The bruising evident on her was from tripping and falling against furniture – something that is not uncommon for someone her age.

Kawānanakoa inherited her wealth. She is the great-granddaughter of  Irish businessman James Campbell. He made his fortune as a sugar plantation owner and one of Hawaii's largest landowners. Kawānanakoa is considered a princess because she is a direct descendant of Prince David Kawānanakoa, an heir to the throne of the Hawaiian Kingdom. Queen Lili'uokalani is Princess Kawānanakoa's great aunt. She was the last monarch of Hawaii. Her reign ended in 1898 when the U.S. annexed the Hawaiian Islands.

Hawaiians are paying close attention to this case because they are concerned about what will happen to the $100 million foundation she set up in 2001 to benefit Hawaiian causes if a conservator is appointed. Last year, a judge ruled that Kawānanakoa lacks the mental capacity to manage her trust. He removed Wright as trustee and appointed First Hawaiian Bank. The fund is a party to the lawsuit because it is a beneficiary of her trust.

Kawānanakoa is a very private person. Her $215 million fortune includes race horses and real estate. Worth, who receives $700,000 a year from her wife's trust and has power of attorney over her health care, insists that Kawānanakoa is still capable of making financial decisions. Her attorneys have filed papers in court revealing that while the princess had a stroke, it was mild and caused no lasting or permanent damage.

Board members of her foundation and ex-employees allege that her wife is manipulating her. Petitions for a guardian and a conservator come "from a place of sincere respect and reverence, honoring Ms. Kawananakoa's lifelong commitment to the Native Hawaiian people," said David Kauila Kopper, an attorney for the foundation.

Last year, Kawānanakoa tried to change her trust to make sure her wife receives all of her personal property as well as $40 million when she dies.

Her attorney, Bruce Voss, said that the claims that she can't take care of herself or her affairs is "speculation of the worst kind." He went on to say:

"…just because there's a lot of people who think they could do a better job of spending her money than she does, does not mean that Ms. Kawānanakoa has lost the basic right to decide what she wants to do with her money and property."

Kawānanakoa was seated next to her wife with their Chihuahua on her lap during the hearing. She may be required to testify in an evidentiary hearing to determine her mental capacity and whether there should be a conservator handling her fortune. She will need to have a medical examination before the hearing.

Outside of the courtroom, Kawānanakoa said it was a sad situation. "My heritage dictates that I must take care of the Hawaiian people."