9 Celebrities Who Live Below Their Means

By Amy Lamare on November 11, 2017 in Articles › Entertainment

It would be easy to get out of control with spending if you were making $20 million or more per film or $1 million per episode of a television show. That's why so many celebrities end up owning colossal homes and driving expensive cars and traveling by private jet. But not every celeb has a taste for the high life. It is always refreshing to encounter a celebrity with a multimillion net worth who still drives their pre-fame car, or come across one who is an enthusiastic bargain shopper or coupon clipper. Even these nine frugal stars have some indulgences that they've spent tons on, but by and large all of these celebrities live well below their means.

The legendary Foo Fighters front man and Nirvana drummer lives a pretty normal, middle class life in Los Angeles' San Fernando Valley. He gets up early with his daughters and makes them breakfast before taking them to school in his very uncool family car. His home isn't extravagant by any means. He isn't a big spender when it comes to much of anything in his life—with one exception—his music studio. Grohl spent, in his own words, "a fortune" on his 606 studio. He designed it to look exactly like ABBA's famous Atlantis studio.

Jennifer Lawrence receive her first Oscar nomination for Winter's Bone in 2011. The following year she locked down the lead role in The Hunger Games. At the time, she was still driving her sporty VW Eos. The convertible runs about $39,000 and is more likely to be driven by aspiring Hollywood types, rather than bankable stars with an Oscar on their mantelpiece. 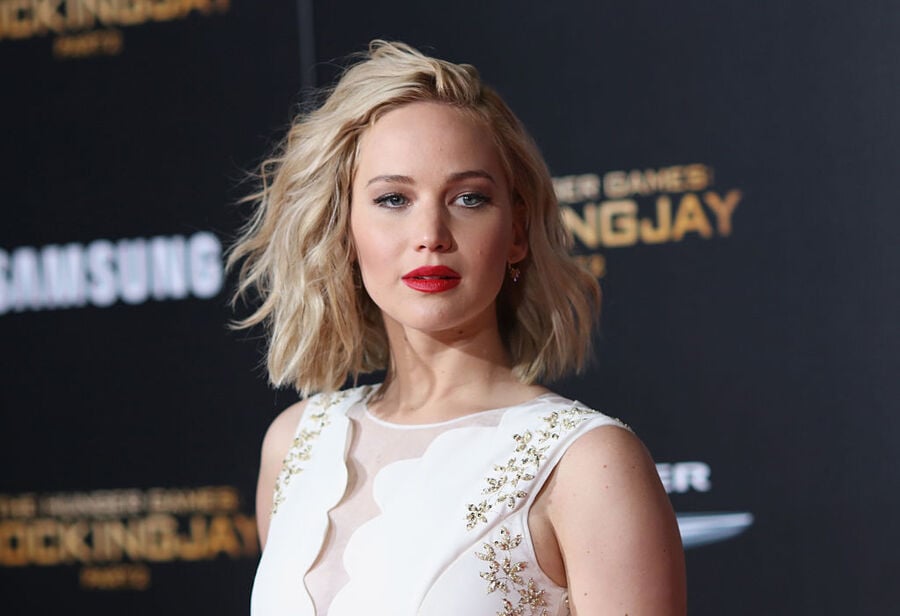 Vincent Kartheiser played Pete Campbell on Mad Men and before that Connor on Angel. Despite having long running roles on two beloved television shows, Kartheiser lives a very frugal life. He lives in a glorified wooden box. In a 2010 interview, he said: "…I don't have a toilet at the moment. My house is just a wooden box. I mean I am planning to get a toilet at some point. But for now I have to go to the neighbors." Kartheiser also takes public transportation, doesn't own a mirror, and sells or gives away all the free swag he gets at award shows.

Peter Dinklage lives in the same home in the Hudson Valley of New York that he did before his Game of Thrones success. He made a choice to remain there with his wife and daughters rather than moving to Los Angeles. He's also more likely to be seen out in his yard with a chainsaw chopping down trees than watching a landscaper do it from inside his house.

Kristen Bell told Conan O'Brien that she is a diehard coupon shopper and she especially enjoys Bed Bath & Beyond's 20% off coupons. In fact, she admitted to stealing them out of her neighbors' mailboxes. To be clear, she doesn't go looking for it, but if she is out walking her dogs and sees the familiar blue and white coupon sticking out, she is more likely than not going to grab it and go on her merry way. Additionally, her wedding cost just $142 and that included the gas she and Dax Shepherd needed to get to the courthouse.

Jay Leno is famous for his enormous car collection, but the truth is, he is committed to saving money. Throughout his career he tried to have two jobs and spend the salary from one while saving the other. Early in his career he worked at a car dealership and used that money to live off of while saving the money from his comedy gigs. Even once he was a star and hosting The Tonight Show, he saved all of his salary from the late night talk show and only spent the money he made from his stand up comedy.

Ludarcis may be a successful musician but he is very careful about how he spends his money. In fact, he still drives his 1993 Acura. That's right—the man who is "rolling on twenties, with the top back.So much money, you can't stop that" drives around town in a 24-year-old car.

Even Buffy the Vampire Slayer is a frugal gal who looks for coupons to make the fresh, organic, and local diet she and husband Freddie Prinze, Jr, adhere to. The couple goes to the supermarket every day and often uses coupons to get a better deal.

Warren Buffett is one of the richest people in the world and yet he still lives in the house in Omaha that he bought in 1958 for $31,500 and drives an old Cadillac.