By Brian Warner on July 26, 2011 in Articles › Entertainment

Humans love expensive shiny toys, and the one thing we've always loved most of all is diamonds. So while Damian Hurst can cover a human skull in diamonds and call it art, there are a lot more run of the mill items that people have also added value to, simply by adding a bunch of everyone's favorite gem. These same people can probably afford to live in some of the world's most expensive cities.

Dogs have always been spoiled every since they first wandered into ancient man's campsites looking for a handout. And even the fad of the early 2000s of carrying around small dogs in purses was nothing new; half the tiny lap dogs that ever lived probably had nothing more than a passing understanding of what the ground it. In short, we love our dogs and rich people have always indulged them. Nothing however, has probably ever been a more expensive item for a dog than this real, actual, ready to buy (seriously, I thought it might be a joke so I called the number and talked to a customer service representative myself) dog collar.

Ladies and gentlemen, the collar is an 18k white gold dog collar with 1,600 diamonds. The center stone alone is a whopping 7 carats. And how much does this piece, once described as the "the Bugatti of dog collars" by a Senior Editor at Forbes Magazine, actually cost?

But don't worry. If you are one of those cruel people who doesn't love their precious doggy enough to shell out a small…no, actually make that quite a large fortune to adorn your little puppy's neck, creator "I Love Dogs" also makes some cheaper diamond collars. And by cheaper, we mean the least expensive one is $150,000. 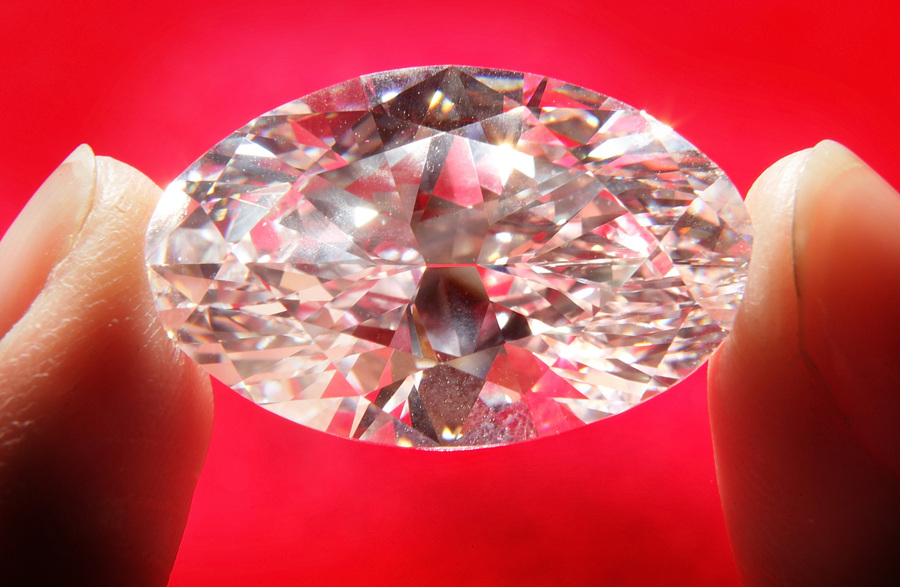 At one point iPhones were a status symbol but now everyone and their grandma has one. How can you stand out in a world full of people less rich then you if they all own the same phone? Well, if you want to be all ostentatious about it, there are companies out there that will cover your iPhone or Bluetooth headset in diamonds. But to our mind that lacks a certain subtly and is nowhere near dickish enough. Plus, the diamonds themselves are actually worth something so while you might looks ridiculous with your iced out phone, it's not necessarily a totally useless investment. For a few days in 2008 though, you could deck out your iPhone with a 100% completely worthless diamond, and pay a grand for the privilege.

The $999.99 "I am Rich" app was nothing more than that picture right there. A digital red diamond reminding you that yes, you have tons of money and apparently no functioning brain cells. Apple removed the app from their store after 24 hours but not before EIGHT PEOPLE purchased it. Two of those people had their money refunded after claiming they bought it thinking it was a joke. Still, that means 6 people in under a day thought this digital diamond was a brilliant way to remind themselves how rich they are.

Some people just can't get enough diamonds on their person. Despite it being perfectly acceptable to put huge diamonds on your fingers, in your ears, on your wrists, around your neck, and in a variety of other less often seen areas, it is just not enough for the true diamond lover. Of course, not everyone can afford to replace their teeth with diamonds, à la Kanye West. That's why the next logical step is to start adding them to clothes. Diamond high heels have been done but are a bit pricey, require a security guard, and are only for the ladies. What about your average guy who has a spare $10,000 to spend on diamond attire?

Yes, a, um…tasteful grey hoodie costs 10 grand. It was a one off to promote a clothing company's casual menswear collection. Despite looking all shiny it only had one real diamond on it, although that was an impressive 3 carats. Careful though, the diamond was used as the zipper pull; accidently snap that off and you're just some guy in an ugly hoodie with a cow skull on it.

So what to do if you are seriously diamond crazy but you've already bought yourself the diamond shoes and the diamond hoodie? Seriously, where else on your person can you stick some glittering gems? Apparently, all over your fingernails.

Even in the middle of a world-wide financial crisis, there are still women in the Middle East who not only have the $51,000 to pay for the diamond manicure, but have enough servants to ensure they don't risk doing anything that could cause them to break a nail. A salon in Dubai offers the manicure, guaranteed to contain a full 10 carats of diamonds, only after a personal consultation with the owner. We assume these meetings don't include the questions, "You know how long a manicure usually lasts, right? And you still want to pay $51,000 for this?"

If you are someone who loves cooking then obviously it's nice to have good tools. And one of the pride and joys of great chefs are their knives. So it was only a matter of time before someone decided to take a perfectly serviceable kitchen knife and stick some diamonds on it.

That's exactly what happened when knife makers Hoffmann/Pieper teamed up with a jewelry designer and came up with a very fancy knife with eight diamonds embedded in the handle. For those who want to not only chop stuff up with the best knife, but have your outfit be fashionably coordinated while doing it, they included a matching ring with the knife. And the whole set, wrapped in a pretty wooden box, could be yours for the low, low price of just under $40,000.

Perhaps the most insane thing here is the fact that the knife itself is worth almost that amount of money all on its own. Called the "Nesmuk," it is considered one of the best knives in the world and claims to be the sharpest. Adding diamonds to the handle, and especially that ugly ring, are simply gilding the lily.

It's covered in gold and one tip is encircled with 28 small diamonds of surprisingly good quality. And since you might want to think about Leonardo DiCaprio while using said product, but not necessarily the plot of his movie Blood Diamond, we're assured that all the diamonds are conflict-free. And unlike your average non-diamond covered vibrators, the manufactures know you won't be tossing this one in the trash once it wears out, so the motor is replaceable.

And how much will this extremely decadent woman's best friend cost you? A mere $2,750.

Back in 2008, the Hot Wheels toy car company celebrated its 40th anniversary and the production of their 4 billionth car. Knowing this was not a time to hold back, they celebrated by making an 18k gold version of one of their mini cars and absolutely coating it with rare blue diamonds. 2,700 of them in fact.

It doesn't end there though; the underside of the car, the tires, and even under the hood is covered with tiny black and white diamonds while the tail lights are made of rubies. All in all the stones added up to 23 carats.

At $140,000 it is the most expensive toy car every made. The fact that it was auctioned off for charity makes it even cooler. The fact that it was unveiled at the 105th American International Toy Fair by Jessica Simpson's ex Nick Lachey did however ruin any street cred this blinged out hotrod might have had going for it.

So what do you do if you love fishing, gemstones, and helping charity but only have time for one hobby? Well, the answer to a problem no one has ever had is the "Million-Dollar Lure." This remarkably ostentation fishing lure is actually available to buy and a whopping 5% of the proceeds go to charity.

As you can see, the lure is made of gold and platinum and covered with 100 carats of diamonds and rubies. Pretty, of course, but does it actually work for its intended purpose? Well, in 2008 the lure was used in a prestigious fishing tournament in Baja California. No word on if the guy using it won, but good on him for having the balls to toss something that expensive into the ocean on the end of a thin nylon string.