These 7 Families Are Wealthy, Famous, Successful And The Definition Of An American Dynasty

By Amy Lamare on October 14, 2018 in Articles › Entertainment

They come from all walks of life. Some are in retail, some are in the arts, some are in politics, and one family is famous simply for being famous. Whether it is through business success, wealth, talent, or just plain good luck, there are certain families that dominate the conversation in America. They are dynasties and they are old money, new money, entertainment money, and political money.

Below are 7 American dynasties:

The Barrymores have often been called Hollywood's first family, and with good cause. This family of thespians has been performing on stage and screen since before America was free of British control! The patriarch of this talented family is Maurice Barrymore. He was the father of actors Lionel, Ethel, and John Barrymore. John was the most celebrated actor of the early 20th Century. He married a successful silent film actress named Dolores Costello and the couple had a son named John Drew Barrymore. The couple divorced and John Drew followed in the family footsteps by both acting and parenting an actress, Drew Barrymore, the most famous of all the Barrymores to date. Drew Barrymore has two daughters who may follow the generations before them into acting. Only time will tell.

In 1903, Henry Ford founded the Ford Motor Company and ever since, the Ford Family has been the first family of the American automobile industry. Henry's only son, Edsel, took over the company in 1919 when he was just 26 years old, and is credited with giving Ford cars the distinctive designs that made them best sellers. Edsel's son Henry II took over Ford Motor Company in 1943, when he was 25 and is credited with reviving the family business after World War II. Henry II's son Edsel II is on the company's board of directors, his granddaughter Elena is a Vice President at Ford, and Edsel Ford's grandson William Jr. is Executive Chairman of the company. Today, Henry Ford's descendants control the Ford Motor Company with a minority ownership of 2%.

Long before the Hearst family made a fortune in the publishing industry, they were rich. They also became famous when William Randolph Hearst's newspapers made "yellow journalism" popular. Hearst's papers printed all the news that was fit to print, be that gossip, hard news, or pure speculation. He started his media empire with a small newspaper in San Francisco before expanding to New York, and then eventually nationwide. Today Hearst Corporation is still the parent company of some of the biggest newspapers, magazines, and publications in the world. William Randolph Hearst's descendants are still involved in the magazines and his grandson William III, is Chairman of the Board. The younger generations, however, are better known for being socialites.

The Rockefeller family made their fortune in banking and unlike other "old money" families of the Gilded Age, they've hung onto their vast wealth. The Rockefellers immigrated to the United States in the 1720s and John D. Rockefeller began by selling produce to Union troops during the Civil War. After the war, he invested in oil and co-founded Standard Oil in 1870 with a $1 million investment, making it the biggest company in the country at the time. John D. Rockefeller also invested in large real estate projects in New York City. John D's son John Jr., invested in real estate and was the majority shareholder of Chase Bank. John Jr.'s son Nelson was the Governor of New York for four terms in the 1960s and 1970s. Lincoln Center was built after John III donated $175 million to fund it. David, the last living child of John D. (currently 100 years old), was the Chairman and CEO of Chase Bank. Today, John IV is a U.S. Senator from West Virginia and has been in politics since 1984.

The Kennedy's have defined the idea of an American dynasty for decades. Originally an Irish immigrant family, they personify the American Dream. The first Kennedys to come to America landed in Boston in 1848. The very next generation of Kennedys entered politics. Patrick Joseph "P.J." Kennedy was a State Representative and then Governor of Massachusetts. P.J.'s son Joseph Patrick was the U.S. Ambassador to the United Kingdom. He had nine children, Joseph Patrick, John Fitzgerald, Rosemary, Kathleen, Eunice, Patricia, Robert Francis, Jean, and Edward "Ted." Three of P.J.'s sons, John F., Robert, and Ted all became politicians with JFK ascending to the Presidency of the United States, where he served from 1961 to 1963 when he was assassinated. RFK was the U.S. Attorney General and ran for President in 1968, but was assassinated after winning the California primary. From 1962 to 2009 Ted was a U.S. Senator of Massachusetts. He died from brain cancer in 2009. Kennedys still inhabit the political arena. JFK's daughter Caroline is the U.S. Ambassador to Japan. Eunice's daughter is Maria Shriver, who was married to actor and former California governor Arnold Schwarzenegger and Joe Kennedy III was elected to the 4th Congressional District of Massachusetts in 2012. 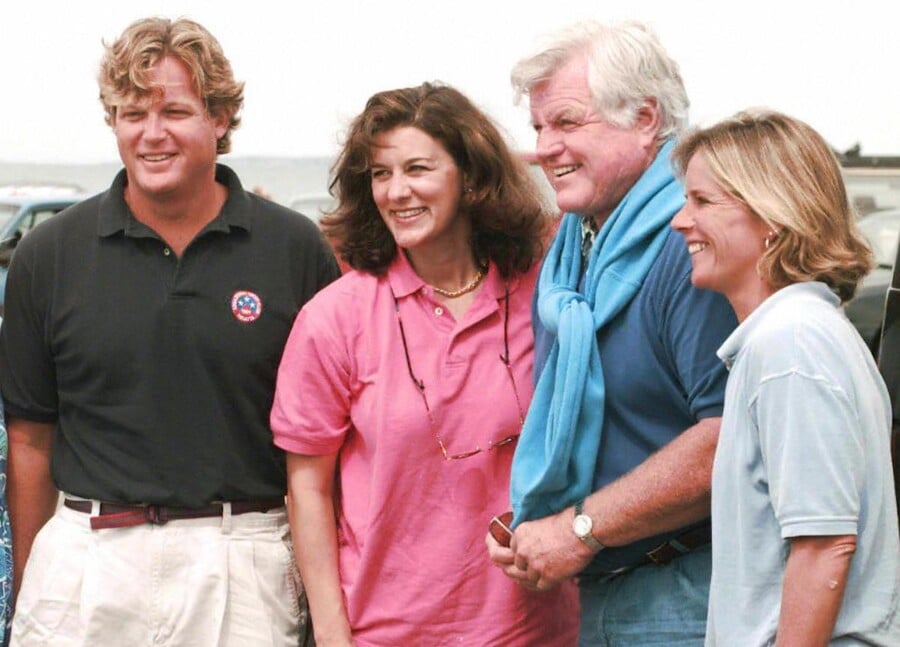 The Vanderbilt family is one of America's oldest "old money" families. They rose to great wealth during the Gilded Age in the latter part of the 19th Century. Cornelius Vanderbilt was born into poverty in 1794 and worked from a young age in his father's shipping business. Over the years, he built that business into a shipping empire. He and his descendants expanded the shipping business over time, eventually going into the railroad business. Cornelius's son Billy inherited 95% of the family fortune his father built. He continued investing in railways and is credited with building New York City's Grand Central Terminal. After Billy, it seemed the Vanderbilts were only good at inheriting money and then spending a ton of it on real estate. There are exceptions to this within the modern generations of the family. Gloria Vanderbilt is an early pioneer of designer jeans. She is a direct descendant of Cornelius. Her son, Anderson Cooper is a successful journalist who works as an anchor for CNN. Actor Timothy Olyphant is also a descendant of Cornelius Vanderbilt.

The Walton family is the richest family in America and they built their fortune from a discount store with the motto: "The Lowest Prices Anytime, Anywhere." Sam and Bud Walton opened their first store in Newport, Arkansas in 1945, but it didn't start to look like what we know today as Wal-Mart until 1962, when they opened a store in Rogers, Arkansas. Sam's descendants are all billionaires many times over, with Jim, Alice, and Christy all ranking highly on the Forbes Billionaires list. Bud's daughter Ann Walton Kroenke married Stan Kroeneke who owns NBA, NHL, NFL, and MLS franchises. For members of the Walton family—Christy, Jim, Alice, and S. Robson Walton are collectively worth $136 billion.