By Venus Lockett on October 12, 2015 in Articles › Entertainment

A television actress turned international movie star, Anne Hathaway is arguably one of the most underrated woman entertainers of our time. Starring in an array of films from 2001 to the present, Hathaway has already established quite a legacy. The following is an overview of 7 of her most prominent film roles, as well as the details on how much she was paid for each role.

A comedy produced by the late, great Whitney Houston, The Princess Diaries is largely considered a new age classic by its adoring fans. Playing the role of "Mia Thermopolis," a teen who discovered she was literal royalty, this movie touched the hearts of fairy tale lovers everywhere. The winner of an ASCAP award in the category of "top box office film" and a nominee of countless others, Hathaway received $400,000 for starring in the film.

A controversial romantic drama, Anne plays the wife of "Jack Twist," a cowboy with an adventurous sexual past. Praised by critics and fans alike, the movie won numerous accolades, including 4 Golden Globe Awards. To top it all off, Hathaway took home $800,000 for her supporting role in the film.

A comedy-drama depicting the evolution of "Andrea 'Andy' Sachs" from fashion don't to fashion plate, Hathaway stars in one of the most well-received comedy dramas with majorly female leads. Also starring Hollywood icon Meryl Streep, it was nominated for dozens of awards and actually won quite a few. What's more, Hathaway received her first $1 million paycheck for playing the part. 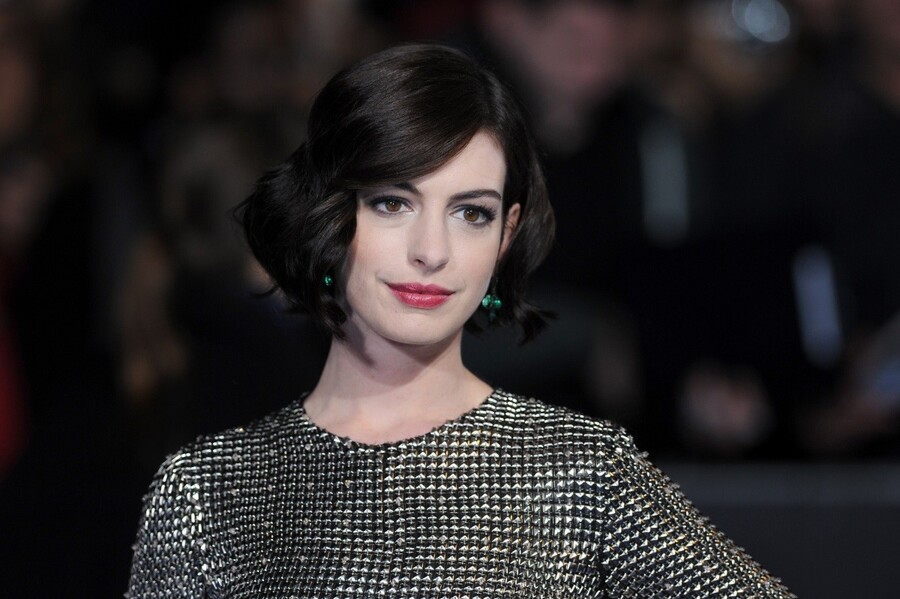 Starring opposite seasoned acting veteran Steve Carell, Hathaway plays the role of " Agent 99″ who is the partner and love interest of Carell's character, "Agent 86." Though relatively entertaining, the movie received mixed reviews. Either way, the $5 million payday for Hathaway is definitive.

Yet another romantic comedy, Hathaway plays the role of "Emma Allen" a caring, middle school teacher who is battling with her bestie, and fellow bride to be, "Olivia Lerner" (Played by Kate Hudson). Essentially a flop according to the public at large, the movie is said to have about a 10% approval rating. Nevertheless, Hathaway was paid another $5 million for assuming the role.

Assuming the notorious supervillainess "Catwoman," Hathaway plays an intricate role in this depiction of the classic comic series. Well-received with an array of die-hard fans, the starlet received $7.5 million for her supporting role in the film.

An epic romantic musical drama, Hathaway plays "Fantine" a struggling factory worker and mother. Epic and well-received, the film was nominated for a slew of awards and received 3 Academy Awards, among others. One of her biggest check to date, Hathaway was paid $10 million for her role in the movie.

With a net worth of $35 million and an ever-growing international fan base, the demand for Hathaway films is as high as ever. Whether she's starring in, or playing a supporting role, she certainly brings the drama. I look forward to seeing much more from this actress in the future!