Who Wants to Own a $600 Million Hawaiian Island?

By Brian Warner on February 13, 2013 in Articles › Entertainment

Do you love Hawaii? Are you looking to get into the real estate market? Is your budget $600 million? Well then do I have a deal for you! One of only two of the Hawaiian islands that are privately owned just went up for sale. Act quickly because this is a once in a lifetime opportunity! And I wont even charge a commission, just invite me and the entire CelebrityNetWorth crew to party with you once the deal is signed and we'll be even. Oh, one little thing. You might have to fend off two of the richest people in the world who are also desperately vying for the property.

Lanai island is comma shaped Hawaiian island located just west of Maui. Lanai is one of the eight major Hawaiian islands and only one of two islands that are not owned by the United States government. Lanai is 140 square miles and 18 miles across at its widest point. If you do buy the island, you will become the protectorate of Lanai's roughly 3000 inhabitants who live without traffic lights, no malls, very few paved roads and only one school. Lanai has two major hotels, The Four Seasons Lanai and The Lodge at Koele (both operated by The Four Seasons company). Each hotel operates a world class golf course, one designed by legendary golfer Jack Nicklaus and the other designed by Greg Norman. 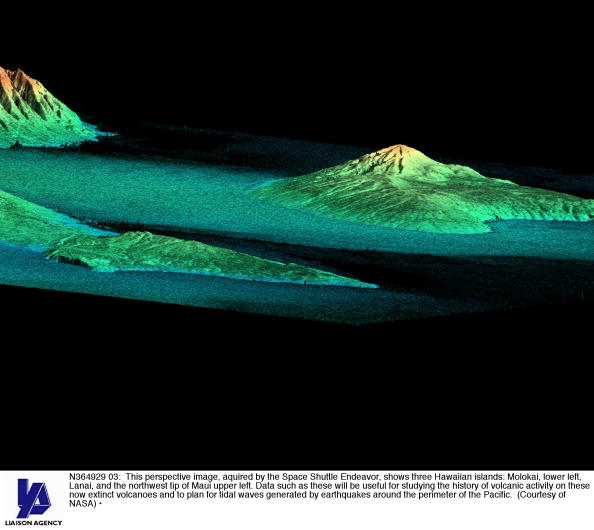 Who is the seller?

Lanai is owned by self made Ohio-born billionaire David Murdock who has a net worth of $3.3 billion. Murdock dropped out of high school after 9th grade and made his first fortune in commercial real estate mainly in Arizona and Los Angeles. In 1985 he used his resources to acquire the Hawaiian company Castle & Cooke, which owned the Dole Food Company. Castle & Cooke was on the verge of bankruptcy after years of neglect and mismanagement, but it still owned an impressive portfolio of real estate across the world, including several amazing tropical islands. One of those locations was Lanai island, which was purchased in 1922 by James Dole, the president of what would later become the Dole Food Company. Dole turned Lanai into a major pineapple plantation and distribution point for his company. In 2000, Murdock paid $700 million so he could privately own Lanai island separate from Castle & Cooke. Today, Lanai only attracts around 25,000 tourists a year and actually costs $30 million a year to maintain.

Who are the buyers?

If you want to own Lanai island, you will likely have to compete with two of the richest men in the world; Bill Gates and Larry Ellison. Bill Gates, who has a net worth of $62 billion, married his wife Melinda on the island in 1994. Larry Ellison, who has a net worth of $36 billion, already owns a house on Lanai. Both men are extremely competitive. Larry reportedly hates Bill Gates with a passion and will stop at nothing to acquire the island over his rival. So it should be interesting to see what plays out with Lanai. If you could take a tropical vacation anywhere in the world, where would you go? You could always check out the Thomas Crown Affair Island House in Martinique. Might be slightly more affordable than a $600 million private island that costs $30 million a year to own!