By Amy Lamare on December 31, 2016 in Articles › Entertainment

It must be devastating to amass great wealth and then lose it all. One day you've got a mansion (or two or three), a big bank balance, and the ability to go out and do, see, or buy anything you want and then the next…you're flat broke. How do you recover from that? Do you shrug your shoulders, say, c'est la vie, and move on? The fact is that plenty of people have fallen victim to bad investments, greed, materialism, and/or simple carelessness and have lost their fortunes. Here are 6 people who squandered their wealth.

Recently, we told you the sad story of lottery winner Jack Whittaker. Whittaker won the $315 million jackpot on Christmas Day in 2002. His life changed that day, and not necessarily for the better. When he won, that was the largest lotto jackpot in history. Unlike many lottery winners, he was not down on his luck. At the time, he was the president of a contracting firm and had a net worth of over $17 million before winning the Powerball. He bought the winning ticket at a supermarket in Hurricane, West Virginia when he stopped to get a breakfast sandwich and put gas in his car. After the win, Whittaker took the $113.4 million cash payout. And then his life went off the rails.

In 2003, less than a year after he won the lottery, his car was broken into while it was parked at a West Virginia strip club. The thieves stole $545,000 in cash that he carried around in a suitcase. In late January 2004, his car was once again broken into.

Within four years of his Powerball win, Whittaker was out of money – not just the $113 million lotto money, but also the $17 million he had made himself before the win. 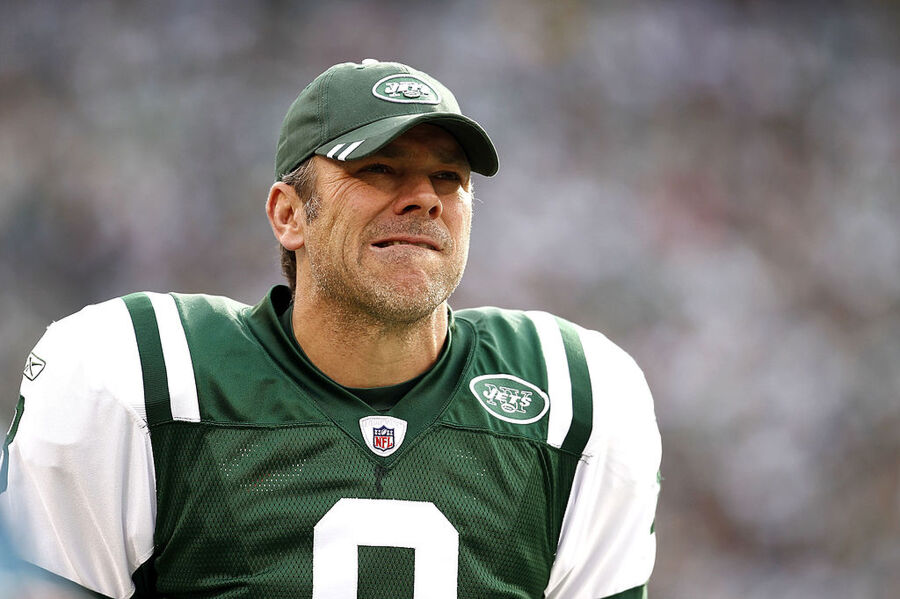 Mark Brunell played quarterback for the NFL's Jacksonville Jaguars, New Orleans Saints, New York Jets, and Washington Redskins. He was selected to the Pro Bowl three times. Brunell earned more than $50 million during his NFL career but was still forced to declare bankruptcy citing debts of $24.8m compared to assets of $5.5 million. However, this is not another case of an athlete living beyond his means with flashy cars, diamond jewelry, and a large entourage. Rather, he just had a bad run of business luck. He invested his money into nine projects and businesses. Five of those failed. He was a partner in a company called Champion LLC, which borrowed more than $2 million to buy high end properties in Jacksonville. They planned to build condos on the property. The partners in the firm, including Brunell, were personal guarantors of the loan. When the property bubble burst, Brunell lost the $11 million he had personally invested in the project. He then tried to cover the loan payments himself for a few years, resulting in more lost funds. He bounced back, at least professionally and January 2013, became the new head football coach and program director at Episcopal School of Jacksonville.

Sean Quinn was once the richest person in Ireland. He was a true rags-to-riches (to rags again) story. It took just a handful of years for him to turn a small bank loan into a billion dollar manufacturing, mining, and insurance business. Quinn made a fateful investment–25% of Anglo Irish Bank–in 2008 just as the economy was entering the global recession. He apparently had zero knowledge of the recession, and very soon after the Anglo Irish Bank went under. All of Quinn's $6 billion fortune was gone. Even worse, he was sentenced to nine weeks in prison for contempt of court.

Mark Twain lost almost $10 million dollars before he filed for bankruptcy. Twain, whose real name was Samuel Clemens, was one of the greatest American authors ever to live. There is no doubt that Twain was an incredible writer, but he was a terrible businessman. Twain invested his money in things that not only never panned out, but also caused him to lose his entire fortune. Twain invested $8 million (in today's dollars) in a typesetting machine for a publishing company he invested in. He lost all of that money. He was offered a chance to invest in the telephone and turned that down because he just didn't think it was a realistic venture. In his older years, he had to go on a speaking tour to pay off his enormous debts.

Rick Burton is a Nevada developer who was forced to file Chapter 7 bankruptcy in 2012. In 2008, Burton was living large. He had been awarded a contract to build a private air terminal at McCarran International Airport. However, 2008 was not the best year for new construction projects due to the global recession. The project failed and Burton and his company faced dozens of lawsuits from unpaid vendors and creditors. According to his bankruptcy filing, Burton owed over $310 million on just $6,000 in assets. Additionally, he owed almost 100 creditors at least a few hundred dollars each and he owed the state of Arizona $135 million for a land purchase. Oh, and Burton also owed the IRS more than $6 million.

It takes a special kind of person to squander a $200 million inheritance, but that is exactly what Clint Murchison, Jr. did. He inherited his fortune from his father, Clint Sr., a notorious Texas oil baron, who amassed a $500 million fortune. Unfortunately, Jr. did not have his father's business sense and squandered his fortune through a series of bad business investments. A dip in the real estate market and a decrease in the price of oil did him in and he was forced to declare bankruptcy to settle more than $500 million in dept. Murchison Jr.'s only real accomplishment was establishing the Dallas Cowboys, but even in doing that he failed when he sold the team too soon!