By Amy Lamare on December 29, 2016 in Articles › Entertainment

MMA is still a fairly young sport. The UFC – MMA's main promoter – has only existed for 23 years. Back in the early days, it was unclear whether the league would even survive, let alone afford its athletes the ability to make good money. The 6 stories below tell the tales of the subjects escaping poverty and dead end jobs to find fame and wealth in the MMA octagon.

Conor McGregor has had a meteoric rise to fame and fortune in the UFC. McGregor was a champion in the UK organization Cage Warriors when he made his UFC debut in 2013. Even though he was a champ in that UK MMA group, he was a broke 24-year-old, still living with his parents. After is UFC debut, McGregor has never looked back. He is the absolute biggest star the sport has ever seen. He is the first UFC fighter to ever have two belts at the same time and he has broken the UFC's pay-per-view record twice in 2016 alone becoming richer than he could have ever imagined. At one point, before he found fame in the UFC, he was ready to trade in his sport to become a plumber. Today, he has a net worth of $35 million.

In 2008, Ronda Rousey won the bronze medal in Judo at the Olympic Games in Beijing. She was the first American woman to ever medal in Judo at the Olympics. She retired from the sport right after the close of the summer games. She had the $10,000 in prize money that came with her bronze medal to her name and that's it. The then 21-year-old started working a number of part-time jobs to make ends meet. She was a cocktail waitress, a bouncer, and a bartender. At one point, Rousey was so broke she was living out of her old Honda Accord until she could scrape together enough money to rent a 12×12 studio apartment. It was around this time that she decided to pursue a career in MMA.

MMA was a perfect match for Ronda. It was immediately apparent that she had all the qualities to be a star in the sport. She signed up with Strikeforce and by her fifth fight, she won the 135lb title. It was then that UFC president Dana White created a women's division. Rousey took the UFC by storm. With each fight her fame grew and led to movie roles, a best-selling book about her life, talk show appearances, endorsement deals, and magazine features.

Rousey is a global superstar as well was one of the highest-paid female athletes in the world. Ronda Rousey has a net worth of $12 million. 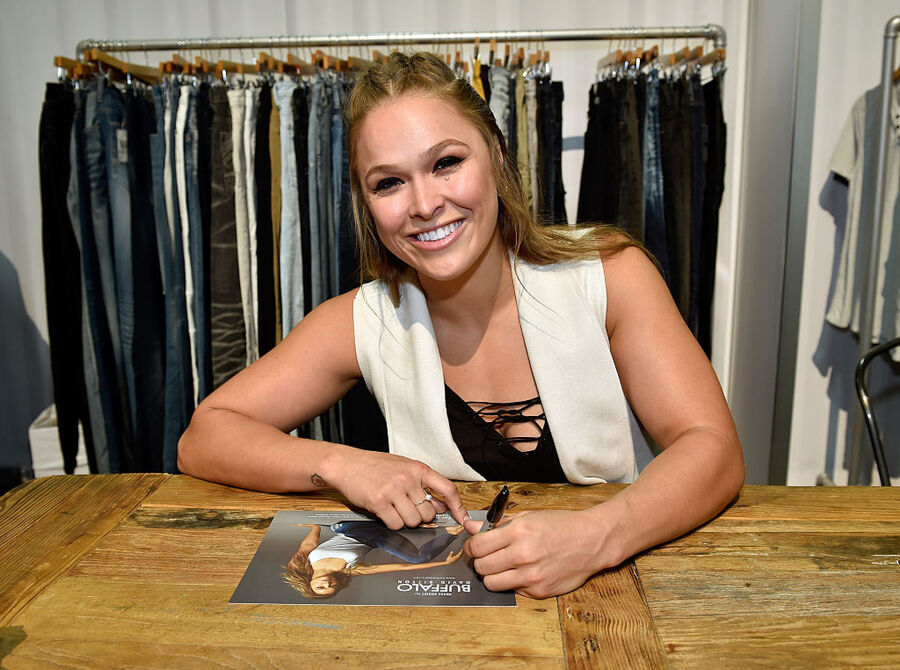 Jose Aldo was raised in the notorious favelas of Manaus, Brazil. Growing up, he barely had a roof over his head. When he was a teenager, Aldo worked double shifts in construction so that he could save up enough money to buy a plane ticket to Rio to train at the famous Nova Unaio gym. When he arrived in Rio, he had one bag of clothes and no money. He ate once a day and slept at the gym. Aldo's focus led him to put together a winning record and a WEC championship. When he made his UFC debut, he was the featherweight champion of the world.  He also went on to defend his belt seven times and earn six-figures for each fight. He will never have to resort to eating just once a day (unless he's trying to make weight for a match). He has a net worth of $9 million.

Miesha Tate was planning to go to med school when she instead decided to become a professional MMA fighter. The year was 2007 and women's MMA was still basically in the dark ages. Tate and her boyfriend Bryan Caraway (who would also go on to become a UFC fighter) lived in a 22-foot RV for two years. They parked the RV in places that gave them access to a gym. They lived fight-to-fight for very little money. After a few years, that hard work started to pay off. Tate became Strikeforce's bantamweight champion. After the UFC started their women's division it changed Tate's life forever. Tate retired from fighting in 2016 with a net worth of $6 million. 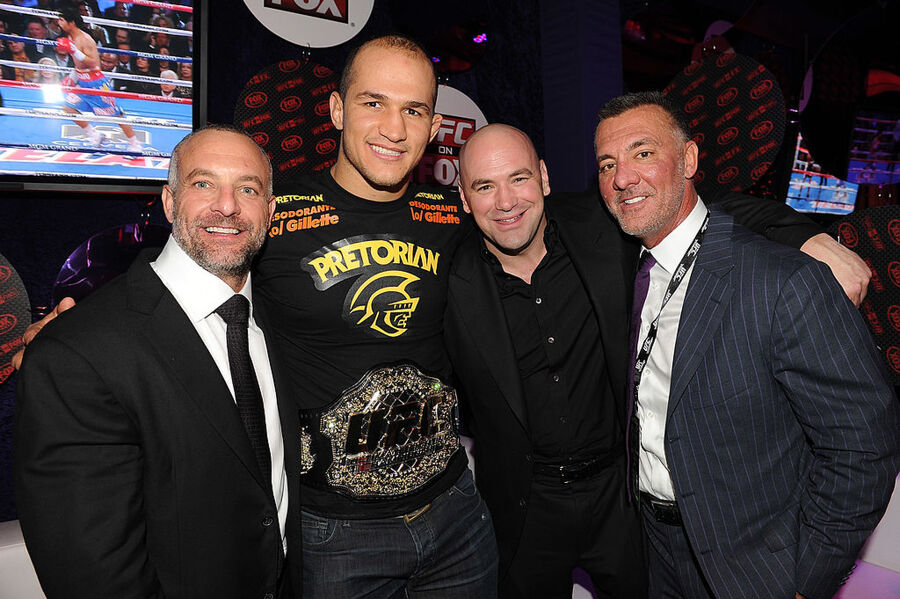 There are several more great stories about MMA fighters going from rags-to-riches on the way to making their dreams come true. However, one of the best stories is about the company itself.

In January 2001, Dana White convinced his high school buddy Lorenzo Fertitta and his brother Frank to buy the struggling UFC organization for $2 million. The Fertitta brothers are from the family that owns the Station Casino group and had the capital to make the purchase.

The purchase was a huge gamble – no pun intended. The sport had been banned in many U.S. states and was not doing well on pay-per-view. The Fertittas lost tens of millions of dollars during the first few years.

In 2005, they decided to give one last push to try and make the UFC a success. The Ultimate Fighter reality show helped the UFC bring in a new audience. In 2006, the league turned a profit for the first time.

By 2016, the UFC was an enormous success. Fights on pay-per-view regularly drew one million or more viewers (and their dollars). Events that air on FOX had audiences numbering in the hundreds of millions across the globe.