How Did 50 Cent Go From Nine Shots To Nine Figures?

By Brian Warner on June 25, 2013 in Articles › Entertainment

Back in March we released our annual list of the richest rappers on the planet. I doubt anyone was really surprised to see 50 Cent landing in the top five with a current net worth of $260 million. It's not exactly a secret that 50 Cent has made A TON of money in his career. But did you know that 50 Cent literally came within a heartbeat of never even having a rap career, or a life for that matter. Thirteen years ago, 50 Cent was shot nine times at point blank range leaving his face, voice and body permanently scarred. A few weeks later he was dropped from Colombia Records and his highly anticipated debut album was shelved. Against all odds, 50 Cent made a full physical recovery and within a few years launched a massively successful music career and business empire. The story of how 50 Cent went from nine shots to nine figures is truly unbelievable and inspirational… 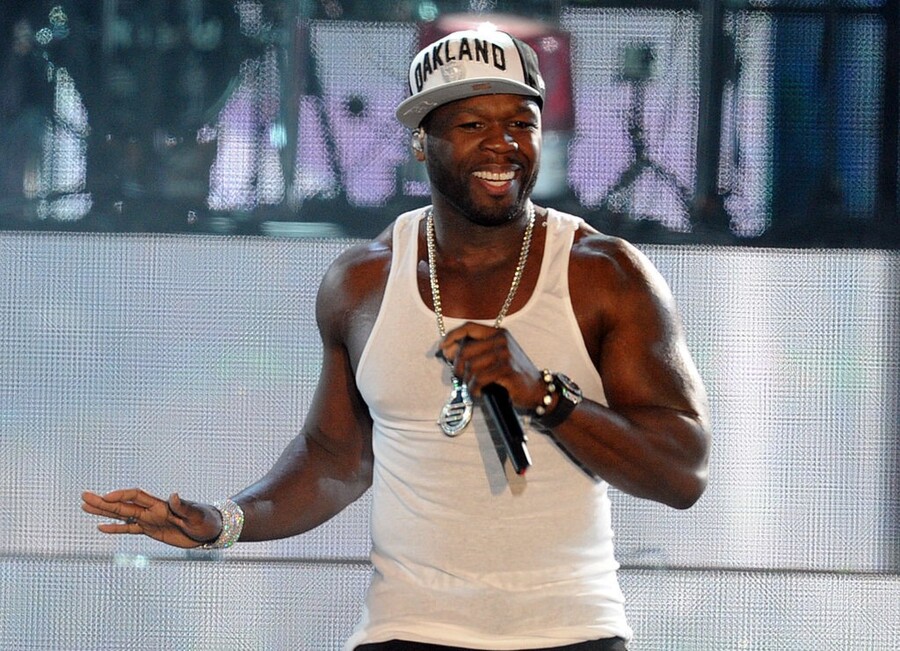 On May 24, 2000, a gunman walked up behind 50 Cent and shot him nine times while he sat in the backseat of a car outside his grandmother's house. The 9mm handgun sent bullets flying into his hands, arms, hip, legs, chest and face. The bullet that struck 50 in the face lodged into his jaw after entering through the left check and would cause him to speak with a slight slur for the rest of his life. Not that there's ever a good time to be shot in the face, but this assault came at the absolute worst moment for the up-and-coming 25 year old rapper. At the time, Curtis "50 Cent" Jackson was signed to Colombia Records and was working on his highly anticipated debut album, "Power of the Dollar". But from the moment he signed his record deal, 50 Cent had been a constant headache for the executives at Colombia. His ongoing feud with Irv Gotti and Ja Rule had erupted into several recording studio brawls and at least two other shooting incidents. Most people, including 50 himself, were convinced that Ja Rule and Irv Gotti orchestrated the failed attempt on his life using a hitman named Darryl "Hommo" Baum. Baum, a former bodyguard for Mike Tyson, was never charged or questioned over 50 Cent's assault because he was shot and killed just three weeks later.

After spending 13 critical days in the hospital, 50 Cent miraculously survived his wounds and was released. Unfortunately, a few weeks later he was also released from his deal at Colombia Records and his debut album "Power of the Dollar" was shelved indefinitely. An emotionally and physically damaged Curtis Jackson retreated to his girlfriend's house in the Pocono Mountains region of Pennsylvania to recover and rebuild his strength. While in the Poconos, 50 spent his time working out like a maniac and plotting his return to music. When his health returned, 50 traveled to Canada where he recorded over 30 new mixtape songs with the help of a producer named Sha Money XL. The resulting self-produced album "Guess Who's Back", became one of of the most popular mixtapes of all time and eventually ended up in the hands a veteran hip-hop executive named Chris Lighty. 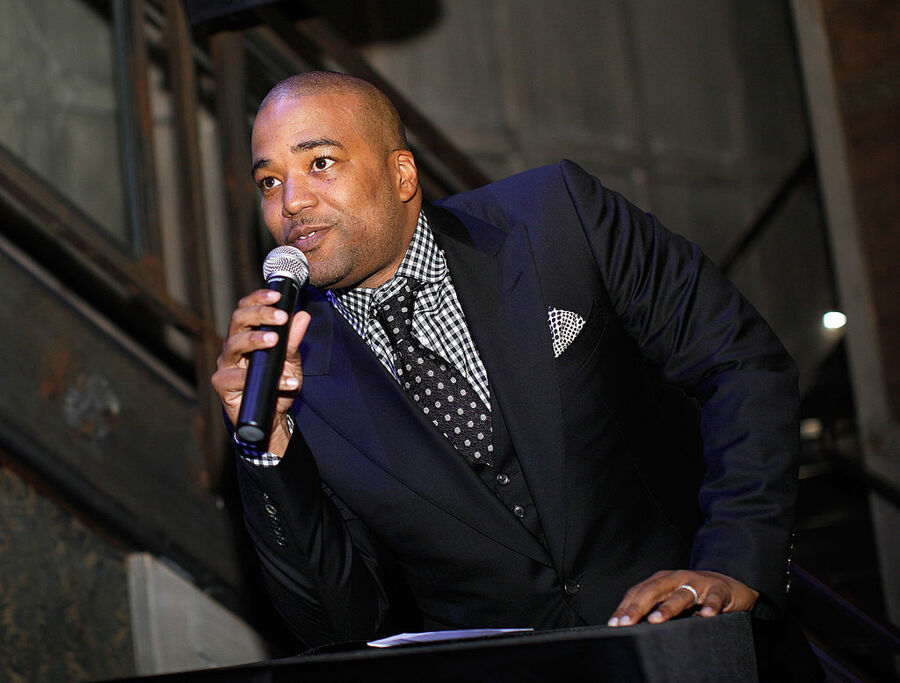 Chris Lighty was a well respected deal maker who got his first break at Russell Simmons' company Rush Management. After learning the ropes, he founded his own company in the early 90s called Violator Management. Lighty and Violator pioneered the use of hip hop artists in mainstream endorsements for companies like The Gap and Coca-Cola. Their most important contribution was when they arranged for for A Tribe Called Quest to star in the groundbreaking "Obey Your Thirst" ad campaign for Sprite. Never before had African-Americans been directly targeted by a major beverage brand like Sprite, which was owned by Coca-Cola. Sprite's sales had been in the dumps for years and, at one point, Coke even considered discontinuing the brand altogether. Coke didn't have much to lose when one of their rising star executives named Rohan Oza pitched the use of hip-hop artists in their upcoming "Obey Your Thirst" campaign. It was not a coincidence that Rohan was a former rap music executive and a long time friend of Chris Lighty. The commercials were an immediate smash hit in urban markets and soon Sprite's sales revenues skyrocketed.

Chris Lighty was very familiar with 50 Cent's controversial history in the music business but he was also blown away by the raw lyrical talent that was blasting through his speakers from "Guess Who's Back". He soon became 50's manager and set out to get him a new record deal. Every major label in New York passed as soon as they saw the name 50 Cent on the meeting invite. Fortunately, someone out in Los Angeles had also heard "Guess Who's Back" and loved it. That person was Eminem. 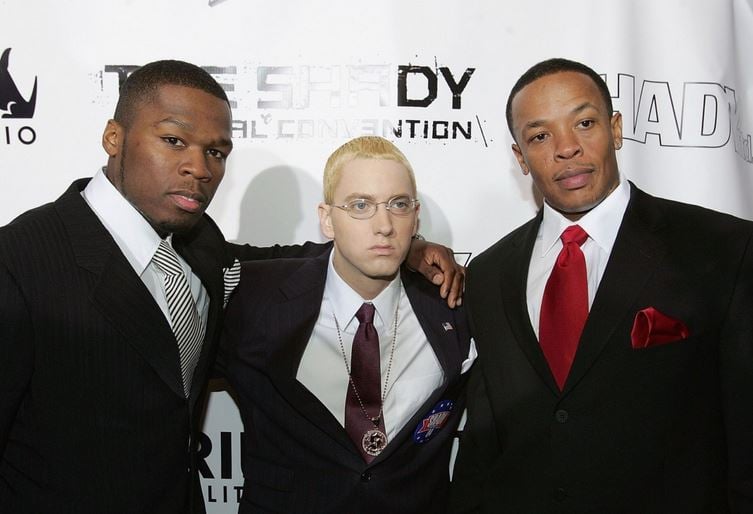 Eminem immediately flew 50 Cent to Los Angeles and set up meetings with Dr. Dre and Interscope Chairman Jimmy Iovine. Negotiations were humming along very smoothly until Shady Records made a demand that stunned Chris Lighty and Violator Management. At the urging of Interscope's lawyers, the representatives from Shady Records demanded that Violator not get any cut of 50's record deal. This was absolute lunacy to the people from Violator who had already invested hundreds of thousands of dollars on studio time for 50 Cent. Chris Lighty's business partner insisted that Violator walk away from the deal right away. Tensions got so high that when 50 Cent heard his dream deal with Eminem and Dr Dre was in trouble, he attacked that very same Violator partner while waiting in an Interscope conference room. At this point Chris Lighty had to make a very painful choice.

As painful as it was, Chris Lighty decided to give up Violator's share of 50 Cent's record contract and instead settle for their standard 15% management fee. In theory they should have been entitled to as much as 50% of all the money that 50 would ever earn selling records plus a 15% management fee. But Lighty decided to suck it up and just get the deal done. At the very least he would now be the manager of an artist who had the backing of the best rapper and producer in the world (Eminem and Dr Dre). But you can only imagine the sleep Lighty must have lost when later that year 50 Cent's debut album "Get Rich Or Die Trying" went on to sell an astonishing 15 million records worldwide.

Losing out on untold millions in record royalties lit a fire under Chris Lighty and the Violator team. Lighty quickly decided he would make up for his losses by aggressively pursuing dozens of lucrative deals and endorsements for 50 Cent. But Lighty was not just seeking to land the average, run-of-the-mill endorsement deal. Here's where 50 Cent and Violator set themselves apart: Whenever 50 Cent signed a deal, the team at Violator brilliantly insisted their artist get more than a simple salary for his services. Every time a deal was presented, Violator demanded that 50 Cent be paid in equity on top of a lucrative endorsement fee. This was an absolutely unheard of request for a relatively new and very controversial artist. But as "In Da Club" conquered the Billboard charts and 50 Cent became the hottest rapper alive, Violator was able to lock down dozens of deals in a variety of diverse categories.

Pretty soon 50 Cent had his own line of ringtones, a video game, a movie production deal, a book deal, his own line of headphones and more. And with each deal, Violator arranged for some sort of back end participation. When 50 Cent was approached to create a clothing line, he once again refused to simply license his name, as was the standard practice at the time. The G-Unit clothing line is a 50/50 partnership with clothing company Mark Ecko. Not only does 50 get paid millions to appear in ads, he also takes home half of all the profits his line earns. The only company that successfully rebuffed Violator's demand for equity was Reebok. Reebok was simply too big of a company and had never structured a deal like that for one of their celebrity endorsers. Violator eventually agreed to accept cash only from Reebok, but instead of receiving the industry standard $5-10 million fee, 50 Cent was paid a whopping $25 million for G-Unit shoes.

And then came the deal of all deals: Vitamin Water. To find out how much money 50 Cent made off his infamous Vitamin Water deal, you'll have to read part two of this story here: How Much Did 50 Cent Make Off Vitamin Water?

In conclusion, as any drug dealer (or fan of The Wire) can tell you, the only way to get really rich in life is to have points on the package. Thanks to 50 Cent's controversial history, Violator was forced to get creative and seek unusual ways to make their client enormous amounts of money. Sadly, Chris Lighty committed suicide in August 2012 after going through a devastating divorce. But his business lessons live on and we should all take them to heart. If you want to go from nine shots to nine figures, you better work hard and own a piece of the back end.