Rapper 50 Cent is so confident in Floyd "Money" Mayweather for his upcoming long awaited fight against Manny Pacquiao on May 2, 2015 that he is willing to bet $1.6 million dollars on Mayweather to win.  50 Cent and Mayweather have had a rocky friendship but the rapper is not letting that stop him. 50 feels like Mayweather is very focused and doesn't see him slipping up to lose the fight.

According to 50 Cent, the much anticipated fight won't be much of a fight at all. The "Champ's gonna smoke him. It's gonna look like it was pumped up for no reason," said 50. He went on to say that he has been thinking about it and "I gotta make a real bet because he's focused right now."

And while $1.6 million is a ton of money to be betting on just one fight, it won't really hurt Curtis "50 Cent" Jackson, who has a net worth of $270 million. 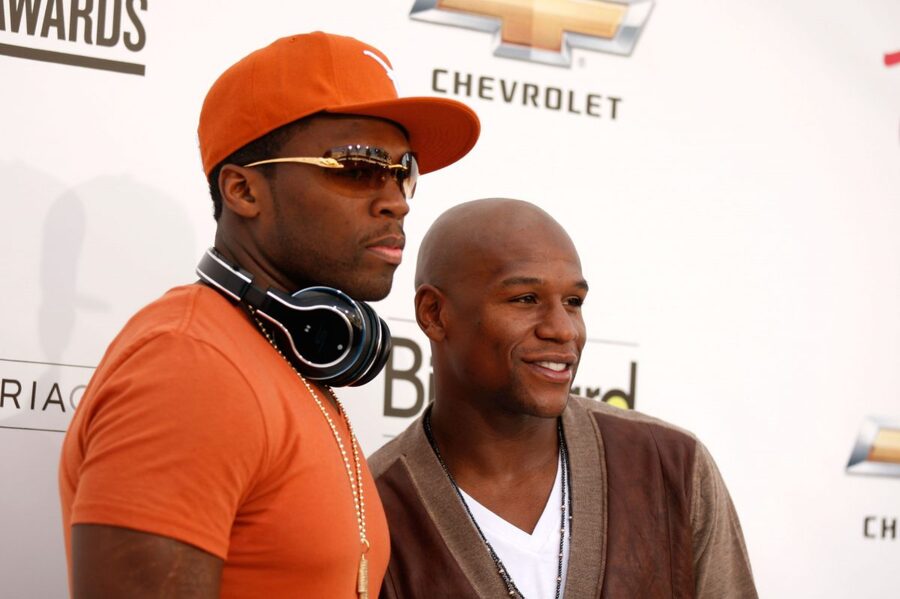 In the past 50 had some harsh words for Floyd saying that the boxer didn't know how to read. He even issued a challenge on Instagram for Mayweather to read one page out of Harry Potter and then gave an easier challenge: read a page from The Cat in the Hat. 50 Cent even offered to donate $750,000 to a charity of the champ's choice. Money Mayweather didn't have much to say, but tweeted pictures of his checks showing how much money he makes (Mayweather has a net worth of $295 million).

50 has said that the two are friends, but "We can both get angry when we're not speaking to each other." According to some experts, this fight may be the last big fight in boxing. The popularity of the sport is at an all-time low thanks in part to sports such as MMA. This fight has been in the works for many years and it could be 50's last chance to make a big bet on a big boxing fight.

Tickets for this fight are very hard to come by and are said to be going for hundreds of thousands of dollars. Oftentimes, celebrities can get free tickets, but for this fight they will be able to do so only if they wear gear from companies like Coconut Water and VOCO Vodka, that are offering to sponsor celebrities at the fight. One celebrity did get a free ticket to the fight. Boxing promoter Bob Arum had the only free ticket for the event and decided to give it to UFC women's bantamweight champion Ronda Rousey. If this fight goes anything like Rousey's last few fights have, fans will have spent good money for just seconds of entertainment.

Hotels in Vegas are already sold out for that weekend with room rates expected to climb much higher than average. For those who cannot afford tickets to the fight, boxing reporters are predicting a price of $99.99 to watch the matches on Pay-Per-View. That would break a record with the previous high point coming in at $74.99 for Mayweather vs. Alvarez in 2013.

The purse for the fight is $250 million. The winner will take 60%, while the loser will earn 40%. That means whoever loses the fight will still walk away with $100 million! With a record Pay-Per-View buy rate the purse could reach $300 million! Manny Pacquiao is almost certain to double his net worth of $110 million in just one night.

The fight will take place the same day as this year's Kentucky Derby will be run, so lots of money will be changing hands. In 2014, NFL wide receiver Wes Welker alone won more than $50,000 and was overpaid by mistake by a machine at Churchill Downs. He was seen handing out $100 dollar bills after the race.

The "Last Big Fight" is fast approaching and millions of dollars will also be bet on it. I am personally calling out my favorite wrestler, Dwayne "The Rock" Johnson. Come on man, we share a birthday that is coincidentally the date of this fight. You need to be at this fight and I am available to tag along. Maybe 50 Cent will pay you back with his winnings.