The 5 Most Valuable Beanie Babies

By Paula Wilson on March 21, 2014 in Articles › Entertainment

If you're a 90s kid, you vividly remember the Beanie Babies craze and you might still have a few of your beloved stuffed toys stashed away. The original nine designs hit the market in 1993 and two years later they became the world's "first Internet sensation." At which point, Beanie Babies began being considered a hot collectible. 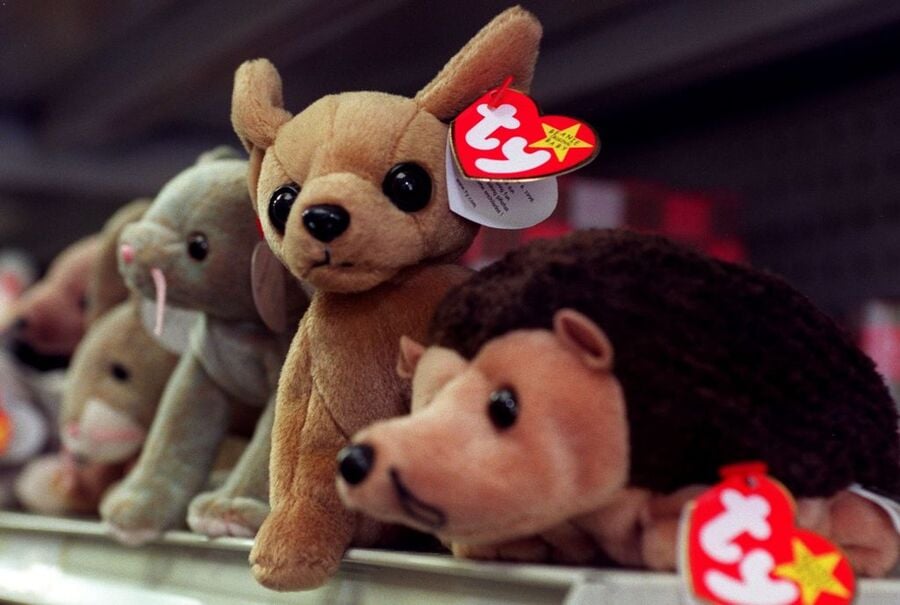 Today, devoted Beanie Baby lovers hunt for extremely rare editions to add to their fun collections. Just take these five examples: These are the most valuable Beanie Babies out there.

With an estimated asking price of $6,000, the magenta-colored platypus is extremely sought-after among collectors, because it is the first and oldest version of the Beanie Baby.

One of the most coveted Beanie Babies, Claude the Crab, comes in a blend of colors that include dark blue, rich greens, browns, and a cream undershell. He is listed for $10,000 on eBay.

Although this white Beanie Baby bear is typically only worth a few dollars, there are a number of bears that feature a misspelled name tag, which can skyrocket its value up to $19,000.

2. Lefty the Donkey and Righty the Elephant

In 2006, an Avionics technician asked former Secretary of State Hillary Clinton to sign two Beanie Babies for his daughters. More than a decade later, the stuffed donkey and elephant are valued at $50,000, and their value is expected to increase steadily over the years.

Produced in 1997, Princess the Bear was made as a tribute to Princess Diana, the Princess of Wales. Proceeds from the sale of this particular Beanie Bear benefitted the late princess's memorial fund. This rare and special toys is listed on eBay for a staggering $500,000.