By Paula Wilson on November 6, 2014 in Articles › Entertainment

For those of us without a whole lot of money kicking around, it alway seems odd to find out how many wealthy people can't seem to hold on to their money. Having lots of money has a strange way of making people do stupid things. When not spent or invested wisely, money has a tendency to disappear very quickly, and it can leave a formerly wealthy person reeling. Whether it's theft, bad luck, or simple old-fashioned mismanagement, it's actually not that difficult to lose a fortune. If you want some examples of "riches to rags" stories, look no further than the five families below. These dynasties went from rolling in dough, to rolling in debt, in the blink of an eye.

Joseph Pulitzer, also known as Pulitzer Jozsef, was born in Hungary, and went on to take the U.S. by storm. One of the first news magnates, Joseph Pulitzer was the publisher for the St. Louis Dispatch and the New York World. He is most widely recognized for revolutionizing journalism in the late 1800s, and for his political involvement, which included serving in the House of Representatives. He also co-pioneered the idea of using ad revenue and mass circulating newspapers, as well as including entertainment in the news. We have him to thank for the National Enquirer, for example. He also established the Pulitzer Prize, which is one of the most prestigious awards given to those involved in the arts and journalism.

Fast forward a few generations to Joseph Pultizer's grandchildren and you have to shake your head. The family fortune has disappeared into failed marriages and failed business ventures. Peter Pulitzer, who was worth $25 million in 1982 ($60 million today), found himself in danger of losing his citrus grove in Florida in 2011. The 800-acre grove was decimated by an outbreak of citrus canker. His ex-wife and the mother of their now 30-something twin boys, Roxanne Wilder, came to his rescue. Her fifth husband bailed Peter Pulitzer (and his sons) out to the tune of a $220,000 mortgage, plus an additional $1.3 million mortgage, a $400,000 line of credit, and an agreement to pay the $6000 monthly interest until the grove was back on its feet. In 1982, when the Pulitzer's very nasty public divorce took place, Roxanne Pulitzer walked away with virtually nothing except nearly a million in legal fees. Times sure have changed. It's a sure sign that the family money is gone when your ex-wife's husband is the only thing keeping you from certain foreclosure. I guess it's difficult to get oranges AND money to grow on trees!

The story of the Kluge's loss of fortune is really the story of Patricia Kluge's loss of fortune. Patricia Kluge was raised in Iraq, and then moved to London. After going to school to become a secretary, she found work at a London nightclub. While working there, she met Russell Gay, the publisher of the British lad-mag, "Knave". They subsequently married, and she began a career in nude modeling.  She and Russell Gay later divorced. In 1976, she met John Kluge. The media tycoon, and founder/owner of Metromedia, was married at the time. He divorced his wife and married Patricia in 1981. It seemed like a good match initially, and Patricia's life was viewed as a true "rags-to-riches" story.

However, by the late 80s, trouble had come to paradise. The couple was divorced in 1989. At the time, John Kluge was worth $5 billion, enough to make him one of the richest men in the world. John Kluge also had very good divorce lawyers. Patricia received just $1 million per year in the settlement. She was also given Albemarle, a 200 acre estate in Virginia that included a 24,000 square-feet home with a stable, two kitchens, a wine grotto, and a helipad. With her third husband, Patricia Kluge bought 960 acres of land near Albemarle, and launched her own vineyard, called the Kluge Estate Winery and Vineyard. Her wines were a success right out of the gate, and so she began to expand rapidly, taking out $65 million in loans. Her plan was to grow the vineyard and develop luxury homes on the acreage. Just as she inked the deal on her massive loan, the housing market dropped out. Damage control included selling all of her major possessions and auctioning off Albermarele. The winery was subsequently repossessed. Donald Trump bought the property in 2011. It was originally valued at $70 million, Donald scooped the whole thing up for just $6.2 million. Soon after, Patricia Kluge and her husband filed for bankruptcy. As of this writing, her former husband John Kluge is worth $6.5 billion.

The Hartford Family fortune grew out of George Huntington Hartford's A&P grocery store chain, launched in 1859. The store began as a small number of grocery shops and cafes, and then added a mail order business. From there, it continued to grow in leaps and bounds, and became one of the most popular store chains in the U.S., by continually innovating. Using the economy store concept, the company grew to 1600 stores in 1915. They began selling meat and produce at their grocery stores after WWI. By 1930, they'd grown to 16,000 stores and $1 billion in yearly revenue, making them the largest retailer in the world. They began using the self-service market concept from there and began opening larger stores. They'd opened 4000 of these new mega-stores by 1950. However, between the early 1950s and the mid-70s, grocery shopping habits began to change. A&P wasn't quite able to keep up with the times, and eventually, the heirs to the A&P fortune, sold their shares of the company to the Tengelmann Group.

In the late-50s, the majority of the Huntington fortune became the sole purview of George Huntington Hartford II, the grandson of the original Huntington Hartford. George Huntington Hartford II had only worked briefly for the family company, and had instead made much of his fortune from the Oil Shale Corporation, a company he founded in 1955 and then sold to ConocoPhillips. Huntington Hartford II was a bit of a playboy, and owned multiple clubs and a lot of art. He also hung with Hollywood's elite and married four times. He owned Paradise Island in the Bahamas, as well, and eventually retired there. He received $1.5 million a year from A&P and after its sale in the early 80s, he continued to live lavishly on the money from the sale. Eventually, this lavish lifestyle became too much to handle and George was forced to declare bankruptcy. George moved to the Bahamas in 2004, where he lived out the final years of his life under relatively modest circumstances. If you're gonna be poor, you might as well be poor in the Bahamas!

Here's the estate in the Bahamas, Huntington Hartford was forced to sell. He sold it to Irish actor Richard Harris who lived here for more than 30 years. Side trivia for Mad Men fans: Richard Harris' son Jared Harris played Lane Pryce. The estate was put up for sale in November 2013 for $42 million:

Current Net Worth: Less than a million

The story of the Stroh Family and the Stroh Brewing Company is a cautionary tale about growing too fast. The Stroh Brewing Company was the brainchild of German immigrant Bernard Stroh, who moved to the United States in 1849. He had $150 and a family beer recipe learned from his father, a career brewer. He built his first brewery in Detroit, Michigan in 1850, and by 1865, he was able to expand. The business was primarily in store and door-to-door. After Bernard Stroh Jr. took over, and pasteurization and refrigerated rail cars became common, Stroh Jr. began shipping the beer all over the United States. The company continued to expand through the 1970s and by the 80s the business was a monster. Had the family chosen to sell the company at the peak of their success, they likely would have fetched $700 million. If that $700 million was simply invested in the S&P 500 over the last 30 years, today they would control a $9 billion fortune.

Unfortunately, the Strohs did not sell and pretty soon competition for the light beer market began to get stiffer and stiffer. For some reason, no matter what the family owned business did, they couldn't seem to keep a foothold. In direct competition with Coors and other brands with much larger advertising budgets, the smaller company simply got trounced. They had somewhat of a resurgence in the early to mid-90s, but by the late 90s, it was clear that they weren't going to make it without help. In 1999, the family chose to sell the 149-year old company to Pabst Brewing Company and Miller Brewing Company. The fifth generation of the Stroh Family still lives comfortably, but the sixth generation will receive nearly nothing from the family business. 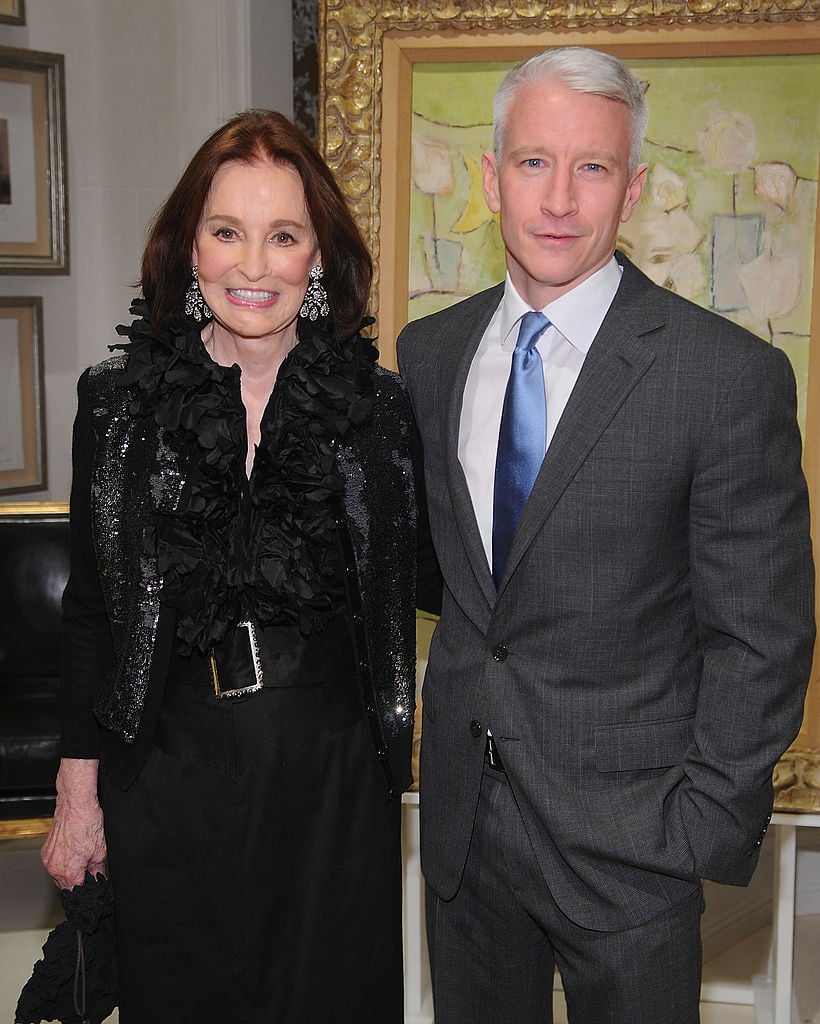 Cornelius "Commodore" Vanderbilt borrowed $100 from his mother in the early 1800s, and began piloting a passenger boat from Staten Island to Manhattan. This earned him a fortune. But when the Commodore was well into his 70s, he began investing his steamboat profits into railroads all up and down the east coast. Soon the Dutch immigrant owned a railroad conglomerate that dominated transportation and goods transport. If you needed anything to go in or out of New York City by rail, it had to go through Mr. Vanderbilt. When he passed away in 1877, he had a net worth of $100 million, which was the same as $185 billion today. Clearly, an astonishing amount of money to have in 1877, made even more incredible by the fact that it was a larger sum than what was contained in the U.S. Treasury.

He passed 95% of his fortune on to his son, William Henry "Billy" Vanderbilt. Billy, who grew up hearing his father's axiom, "Any fool can make a fortune; it takes a man of brains to hold onto it", took his father's fortune, and over the next few years, doubled it to $200 million. The Vanderbilt family was virtually American royalty. Unfortunately, Billy Vanderbilt passed away just eight years after his father. Company control and money was then divided amongst two of his sons, Cornelius Vanderbilt II and William Kissam Vanderbilt. Cornelius took charge of the railroad until 1899, when he passed away. Then William took over, but eventually chose to retire to focus on yachting and thoroughbred racing.

Family members purchased extravagant properties all over Manhattan and the surrounding area. At one point, they owned 10 separate mansions on Fifth Avenue, as well as homes in Rhode Island. They threw massive parties, owned a number of major artworks, and became known for their philanthropic generosity. William Kissam Vanderbilt was especially generous, giving away millions to build tenement buildings, and to support such universities as Columbia and what became known as Vanderbilt University, as well as the YMCA. As each successive generation got married and had children, the family wealth was spread thinner and thinner. At the same time, the railroad industry was falling into a steep decline, and eventually, the Vanderbilt fortune was simply spent away to nothing.

It should be noted that CNN anchor Anderson Cooper and his mother Gloria Vanderbilt are both wealthy today thanks to their own hard work (she created a highly successful clothing line in the 1980s). But in a recent interview with Howard Stern, Anderson confirmed that there is no more Vanderbilt money left in the family.