The 5 Most Expensive Movie Scenes In Hollywood History

By Joseph Gibson on August 11, 2019 in Articles › Entertainment

Usually when we discuss the expenses sunk into Hollywood feature films, we talk about it in terms of overall production budget, ignoring any itemized expenses that we may or may not be privy to. But there are some sequences in Hollywood's recent past that have themselves been expensive enough to fund a modestly-budgeted feature, and it can be interesting to see how they measure up against one another – so here are five of the priciest single sequences ever shot for Hollywood movies.

Somewhat counter-intuitively, one good way to really rack up the expenses on a feature is to get rid of all the people in the background, especially in a normally crowded city like New York, the setting for I Am Legend starring Will Smith. One sequence in the movie set on the Brooklyn Bridge was actually shot on location on the bridge over the course of six nights while the bridge was under construction. The minimum estimated cost for this sequence is $5 million against the entire movie's $150 million budget.

I don't know how much the actual Japanese attack on Pearl Harbor cost back in 1941, but it is more than likely that Michael Bay gave Japan a run for its money when he re-staged the attack for his romantic epic Pearl Harbor. It cost $5.5 million to stage, with the biggest cash-gobble courtesy of the scene's six massive explosions on a recreated Battleship Row. In typical Bay fashion, the explosions were massive, but reportedly only take up 12 seconds of screen time. But I bet those 12 seconds are really exciting. 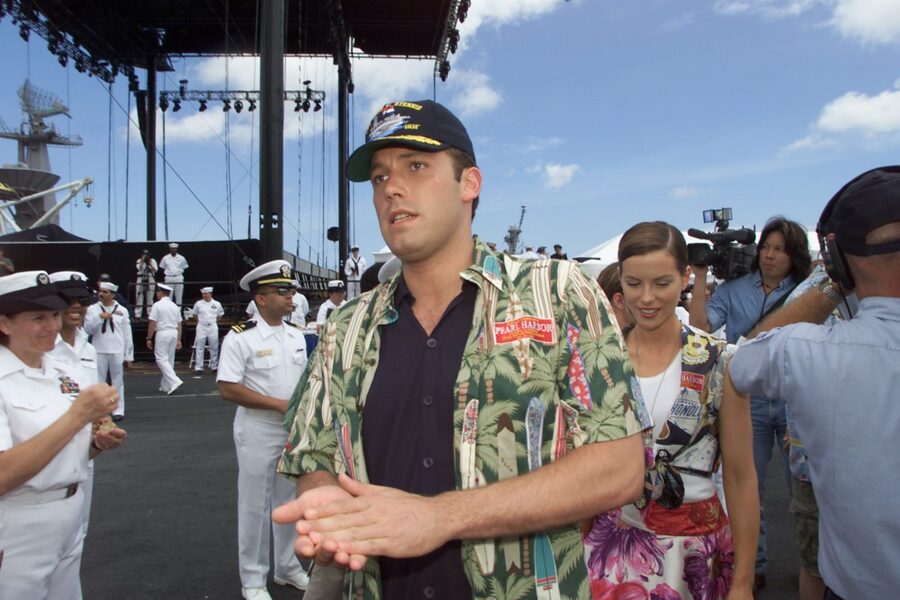 The other sequences in this list might be expensive, but at least the executives who footed the bill can take solace in the fact that they ended up in an actual movie. Not so for the scene of Superman returning to Krypton on a spaceship, which was supposed to open Superman Returns but ended up getting scrapped. At $10 million, the five-minute scene is said to be the most expensive deleted scene in movie history.

The makers of Swordfish wanted to film a scene of a bus being dragged through the air by a helicopter – why? Who can say? But it cost $13 million, a figure that the film's stunt coordinators later said could have been achieved at half the cost.

1. Many Smiths, The Matrix Reloaded: $40 Million

The Matrix Reloaded was the most anticipated sequel since The Godfather Part II, and the people at Warner Bros. knew there was no point in skimping on costs. And so we have the fight scene of Neo fighting an army of his old nemesis Agent Smith, who now has the ability seemingly to replicate himself ad infinitum. The CGI, innovative for the time, although disturbingly video-game-like now, contributed to the scene's $40 million cost, which incidentally makes it the most expensive sequence in recent memory to come out of Hollywood.