The 5 Most Expensive Celebrity Photographs Ever

By Caitlin St John on April 16, 2012 in Articles › Entertainment

A-list celebrities make impressive salaries and they can drum up even more cash by selling a glimpse into their personal lives. Magazines will pay a pretty penny to be the first to publish celebrity's baby pictures, wedding photos, and more. These are the five most valuable celebrity photographs ever.

In 2008, OK! magazine paid a staggering $3 million for the newborn photos of Levi Alves McConaughey. Levi is the first son of actor Matthew McConaughey and Brazilian model and television performer Camila Alves.

Photos of actors Demi Moore and Ashton Kutcher's 2005 wedding were sold to OK! magazine for $3 million. The now divorced couple was married in a private ceremony in Beverly Hills surrounded by 150 close friends and family.

Brad Pitt and Angelina Jolie welcomed their first biological daughter in May of 2006. People magazine paid $4.1 million for the exclusive first photos of the parents and Shiloh, which was donated in full to UNICEF.

In 2008, People magazine reportedly bought the first photos of Jennifer Lopez and Marc Anthony's twins—Maximilian David and Emme Maribel—for $6 million. At the time, these became the most expensive celebrity picture ever taken. 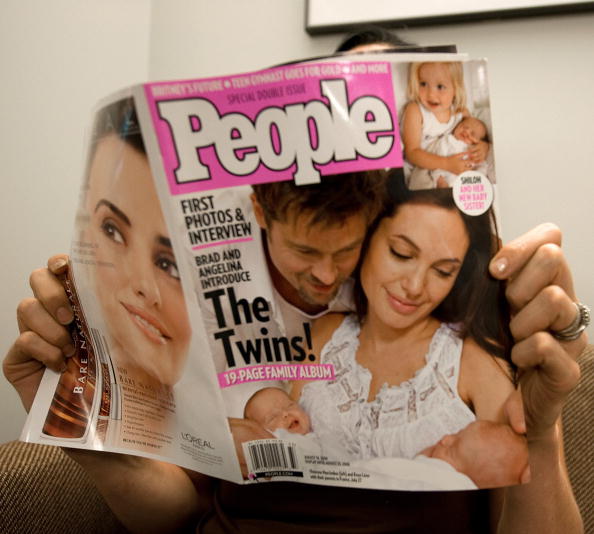 Knox and Vivienne are the youngest of the Jolie-Pitt brood, and People magazine paid an $15 million for the first exclusive photos of the twins in July of 2008. The hefty sum from the photo shoot was donated to the Jolie-Pitt Foundation.