By Amy Lamare on July 1, 2020 in Articles › Entertainment

On April 4, 1975, Bill Gates and the late Paul Allen founded Microsoft. That's 45 years ago. Can you believe that? They were at the forefront of companies that managed to be part of the pioneers to get us to where we are today – a fully digital, internet-obsessed, apps bring us anything and everything we want, computerized society. Microsoft was also at the forefront of entrepreneurship, not just for Gates and Allen and Steve Ballmer, but for a number of men, and sadly, as far as we know they are all men, that spent time working at Microsoft before moving on to found their own billion-dollar + companies.

You've heard of some of these companies. How about Zappos? Tony Hsieh worked at Microsoft. So did Expedia and Glassdoor founder Rich Barton. So did OfferUp's Nick Huzar and Zulily founder Darrell Cavens. We will focus on technology founders below but feel we should also mention some older employees that went on to found companies that were immensely popular in the pre-digital age. Were you a kid in the 1980s? Do you remember Cabbage Patch Kids? (I may or may not still have mine in a cabinet in my house). Cabbage Patch Kids founder Bob Greenberg was a Microsoft employee who left the company in 1981 – before its IPO – but created the lovable and then-highly sought after dolls. Jim Alchin was a Microsoft executive tasked with getting Windows 98, XP, and Vista (the latter of which crashed too many hard drives with its updates). These days, Alchin is a popular blues guitarist and singer.

Today, Microsoft has a market cap of $1 trillion. There aren't too many people on earth who haven't heard of the company or Bill Gates. Microsoft has also been the parent, so to speak, of a number of popular companies, including the ones we mentioned above. Was it something in the water at the Redmond, Washington campus that inspired so many entrepreneurs to leave the safety of the corporate lifestyle at the software giant to start their own companies? The sheer rate of success of the companies founded by Microsoft alumni is astounding.

Years at Microsoft: He stayed on at Microsoft after selling the company LinkExchange in 1998. He left to co-found Zappos roughly a year later.

Tony founded LinkExchange, an advertising network that capitalized on the growing popularity of the Internet in 1996. The company launched in March 1996 and experienced explosive growth right from the start, having gotten into the new niche market at just the right time. By 1998, the site had over 400,000 members with five million ads rotating each day. Microsoft came calling and plunked down a cool $265 million to buy the company.  In 1999, as Hsieh was turning 26, he and Alfred Lin were approached with the idea of selling shoes online. That worked out well for them and in 2009 Amazon acquired Zappos for $1.2 billion worth of stock. Hsieh made at least $214 million from the sale. After the Amazon sale, Hsieh stayed on as an advisor to Zappos. By the way, I know Tony and he is an amazing human being, that is all. We became friends when I was applying for work at Zappos back in 2007. I was invited to a number of employee happy hours he hosted, while he and the director of HR tried to find a spot at the Las Vegas-based company for me and he was always kind, gracious, and amazing. All the employees I met loved their jobs, Tony, Alfred, and Zappos. The motto of Zappos is Delivering Happiness and that is something Tony embodies on all fronts, as does his company. 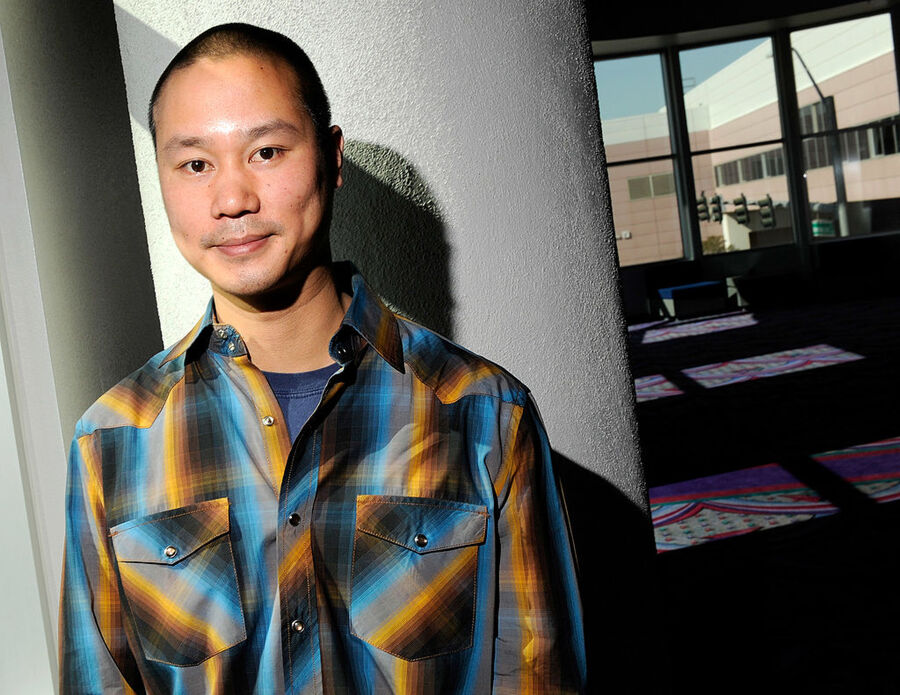 Current Net Worth: Not known

Nick Huzar spent time at Microsoft and T-Mobile after graduating from Washington State. Then he got the idea for his second-hand selling startup OfferUp in the simplest of ways. OfferUp is currently valued at about $1.4 billion. He got the idea when he was a brand new father and needed to sell some of his belongings to make room for his baby. At the time, there weren't a lot of options online, and let's face it, Craigslist, as useful as it is, can also be full of scams and creeps leading people to not trust it. Huzar launched OfferUp in 2011 as a simple and trustworthy way for people to buy and sell their belongings. Today, OfferUp as more than 44 million annual users. If you've moved and had to downsize in recent years, you probably already know how useful OfferUp is.

Rich Barton graduated from Stanford in 1989 with a degree in engineering. In 1991, he began working for Microsoft. In 1994, Microsoft was planning to create a travel guidebook on a CD-ROM. Barton had a better idea. He was savvy enough to already be aware of rudimentary text-based internet services back then and he felt there was a bigger opportunity to create an online travel booking company. Gates and Ballmer gave Barton the OK to go ahead with his idea. Expedia officially launched in 1996. Barton was the CEO of Expedia through the company's IPO in 1999. He stayed at Expedia through its IPO and until 2003. In 2001, IAC bought a controlling interest in the company for an estimated $1.5 billion. In 2003, it was fully purchased by IAC for $3.6 billion.

After a year-long sabbatical, Barton returned to Seattle and launched Zillow in 2006 with Lloyd Frink, who had also worked at Microsoft and Expedia. He founded Glassdoor in 2008 with Robert Hohman and Tim Besse. Barton is the company's Chairman. Glassdoor sold in 2018 for $1.2 billion to a Japanese human resources company. Upon that sale, Barton returned to the CEO role at Zillow.

As for the valuations of Barton's companies, Expedia is valued at $12 billion, Zillow at $13 billion, and Glassdoor at $1.2 billion.

Current Net Worth: not known

As mentioned above, Robert Hohman founded Glassdoor with Rich Barton and Tim Besse. The idea for Glassdoor came during a brainstorming session between Hohman and Barton when Hohman told Barton the story of accidentally leaving an employee survey's results on the printer at Expedia (as Hohman had worked there too). Barton and Hohman hypothesized about what would have happened if the results of that survey had become public knowledge. Hohman graduated from Stanford in 1992 and started his job at Microsoft in 1993. He was a software developer at Microsoft and part of the team that built Expedia. Glassdoor was acquired in 2018 for $1.2 billion.

Current net worth: not known

Darrell Cavens is from Canada and graduated from the University of Victoria before becoming an executive at the online jewelry company Blue Nile and then Microsoft. He left his director position at Microsoft in 2009 to launch the e-commerce site Zulily with fellow Blue Nile alumnus Mark Vadon. Zulily went live in late January 2010. It initially focused on children's clothing but soon expanded into clothing, footwear, toys, and home products. Zulily went public in 2013 at a valuation of $2.6 billion. In 2015, QVC acquired Zulily for $2.4 billion. He is on the board of directors of a number of companies, including fellow Microsoft alumnus Nick Huzar's OfferUp.