By Brian Warner on December 13, 2013 in Articles › Entertainment

Every year people all over the world go to absolutely insane lengths to have the best and brightest Christmas decorations in their neighborhood. Remember in Christmas Vacation when Clark dragged his family out to the middle of nowhere to dig up the Griswold family tree? Remember the blinding Christmas light display Clark almost broke his neck over? Well, if you seriously want to impress your neighbors this season, AND you happen to have an extra $4.2 million laying around, then we may have a deal for you. Just try to remember, this is not the kind of tree you dump on a curb when the holidays are over. Well, I guess you could dump this tree on the curb, but if you do that, please let us know first!

A Japanese designer has created what is being called the most expensive Christmas tree ever: The $4.2 million Disney Gold Christmas Tree! Why such a high price tag? This eight foot tall, 3 foot diameter tree is made of 88 pounds of pure gold. The tree took ten craftsmen two months to complete. It comes pre-decorated with 50 silhouette cartoons of your favorite Disney characters as well as flowing gold ribbons chains and leafs. Each hand crafted character is officially licensed from Disney so there is no need to worry about a potential trademark lawsuit down the road. 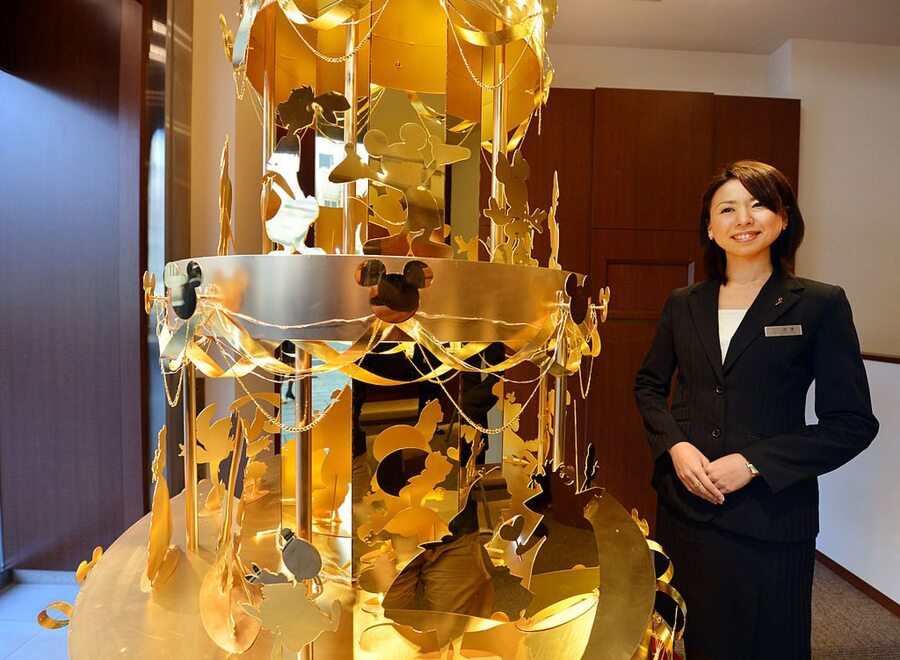 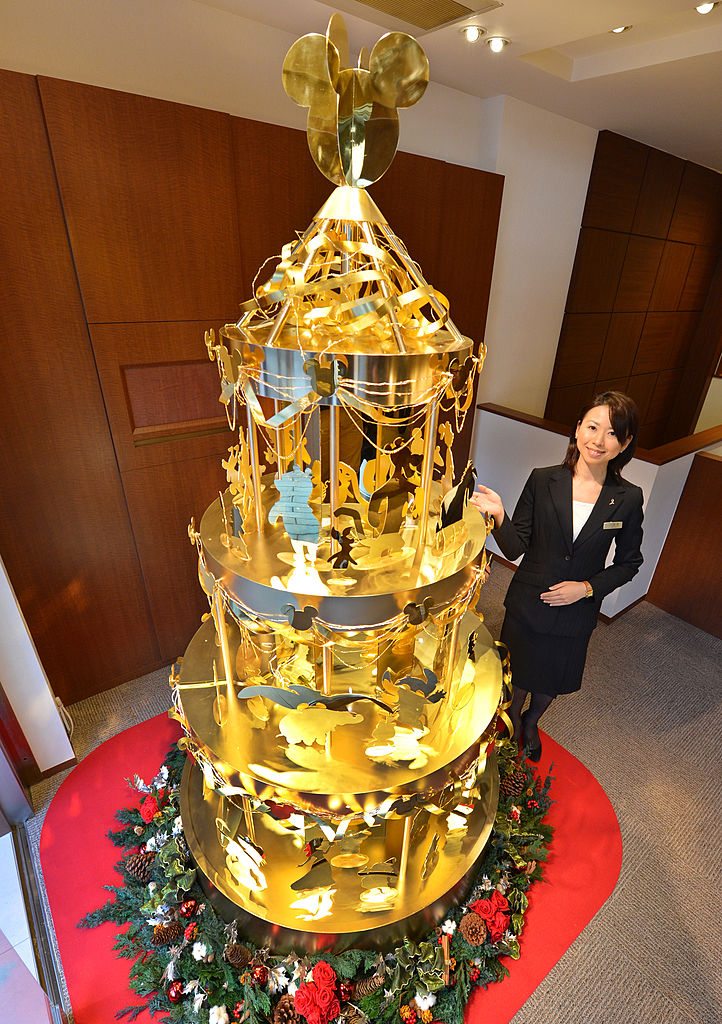 In case $4.2 million is bit outside your budget, the store is also offering a scaled down version of the Disney Gold Christmas Tree for $243,300. The scaled down version is just 10 inches tall and features 20 Disney character silhouettes made from silver. So far the big tree has not received any offers but the store is close to selling out of of the smaller versions. I guess that means the economy is recovering? If you want to buy either tree, just stop by the Ginza Tanaka jewellery store in Tokyo and place your order. I just bought three to use as stocking stuffers.