By Amy Lamare on January 17, 2014 in Articles › Entertainment

The San Francisco 49ers have a long history of success on the gridiron under the ownership of the DeBartolo/York families. The 49ers won five Super Bowl victories over a 14 year period from 1981 to 1994 with four of those victories during the 1980s alone. The Super Bowl teams were led by Hall of Fame players Joe Montana, Jerry Rice, Steve Young, and Ronnie Lott under legendary coach Bill Walsh. The San Francisco 49ers are one of the NFL's greatest dynasties and with five Lombardi trophies. As of January 16, 2014, they are tied with the Dallas Cowboys for the second-most Super Bowl wins (The Pittsburgh Steelers are #1 with six wins). Perhaps even more impressively, today The 49ers are owned by a 33-year old named Jed York. 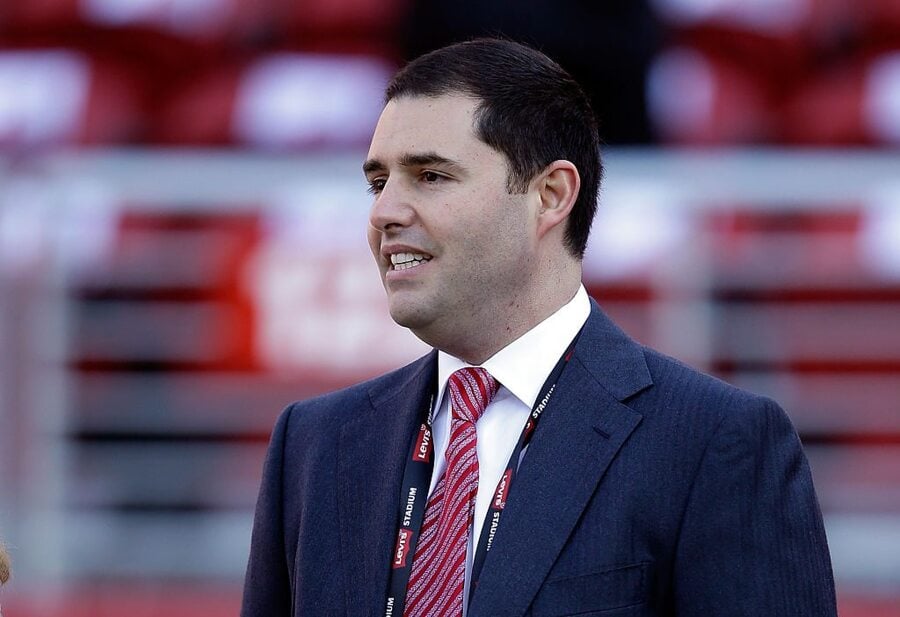 Jed York was born in Youngstown, Ohio in 1980. He is the son of Denise DeBartolo York and John York and the nephew of former San Francisco 49ers owner Edward J. DeBartolo, Jr. In high school, Jed was captain of the baseball team as well as senior class president. He obtained his Bachelor's degree from the University of Notre Dame just like his father and Uncle Edward.

Jed York's family is wealthier than many of us can imagine thanks to his grandfather Edward J. DeBartolo. The eldest DeBartolo founded the Edward J. DeBartolo Corporation which has been one of the undisputed leaders in shopping malls since the very beginning of the shopping/strip mall industry. At one point his corporation owned nearly one-tenth of all mall space in the United States.

After graduating from Notre Dame, Jed worked as a financial analyst for Guggenheim Partners in New York City. After the 49ers hired Mike Nolan in 2005 as head coach, the family decided it time to bring young Jed back to San Francisco and into the 49ers organization to begin what would be a several year transition into a leadership role over the franchise. Jed began his career with the San Francisco 49ers as first the Director and later the Vice President of Strategic Planning. On December 28, 2008, Jed York became President and Owner of the 49ers and his parents became co-chairmen. Jed was 27 years old at the time. 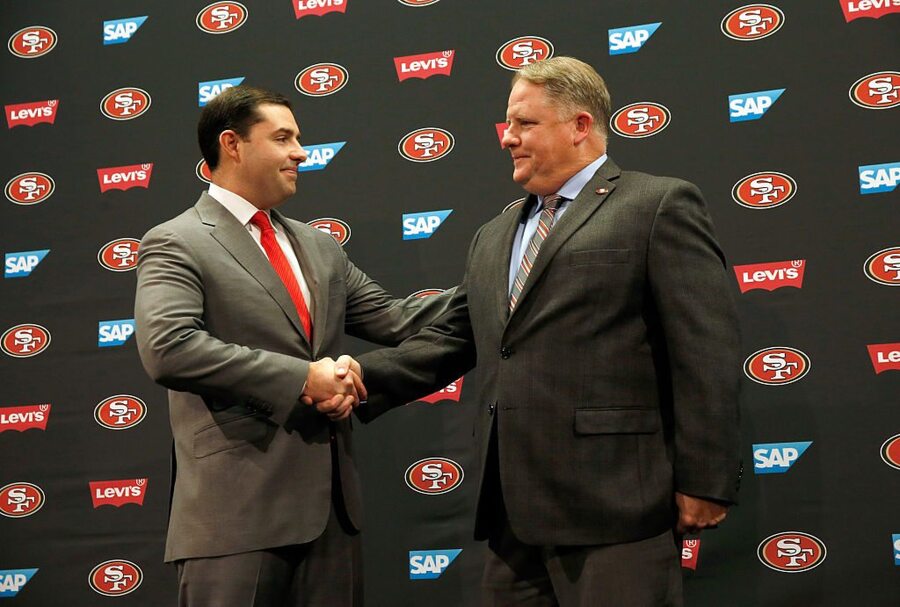 Jed York has big shoes to fill. The 49ers have been in his family since 1977 when his grandfather bought the team as a gift for his son, Jed's uncle, Edward DeBartolo Jr. (DeBartolo Sr. bought the NHL's Pittsburgh Penguins for his daughter, Jed's mother, Denise). DeBartolo was one of the most successful, generous, and beloved owners in all of professional sports. Many of Eddie DeBartolo's former players recall him with affection, calling him "Mr. D". From the early 80s through the mid 90s, the San Francisco 49ers were the winningest team of the decade.

Jed York is young, and hasn't been at the helm of the 49ers for very long. He was just 27 years old when he was named President and Owner of the San Francisco 49ers, so he can be excused some of the brash and cocky ramblings he's been known for. In October 2010 the 49ers were off to an 0-5 start, and York wrote to Adam Schefter of ESPN proclaiming that the 49ers would win their division and make the playoffs. ESPN columnist David Fleming said many derogatory things about York including inferring that York was the 49ers owner solely because Eddie DeBartolo is his uncle and godfather. York would have the last laugh though, as the 49ers did make a strong effort at turning the disastrous start to their 2010 season around, finishing 6-10. In 2011, the 49ers went 13-3 and hosted the NFC Championship game at Candlestick. They lost to the New York Giants by just three points, but the seeds were sewn for a new era of 49ers domination.

On January 7, 2011, the San Francisco 49ers hired Stanford head coach Jim Harbaugh to be the new head coach of the 49ers. Harbaugh would take the team all the way to the NFC Championship and to the Super Bowl, where they lost to the Baltimore Ravens, coached by Jim's brother John Harbaugh.

Despite being a bit of a trust fund baby, clearly Jed York has more going for him than his family name and money. Under his leadership the 49ers have seen a remarkable resurgence in their success, popularity and domination. For a city that is accustomed to winning football championships, the owner's age doesn't seem to matter. At least, as long as you're bringing home wins.