By Mark Kurlyandchik on November 24, 2013 in Articles › Entertainment

In the late '90s, boy band founder Lou "Big Poppa" Pearlman made a name for himself as a great judge of talent. Believe it or not, there was a time when Lou was considered one of pop music's most innovative and powerful kingmakers. Without him, the world would never have been blessed with the musical greatness of bands like The Backstreet Boys, 'NSync and LFO. Without Lou Pearlman, today Justin Timberlake would probably be the most popular server at a TGI Fridays somewhere in Tampa, instead of being one of the most talented and popular celebrities in the world. Unfortunately, the good times did not last for Lou Pearlman. In 2008, Lou's entire life came crashing down after he was arrested for running what is now considered one of the biggest Ponzi schemes of all time. 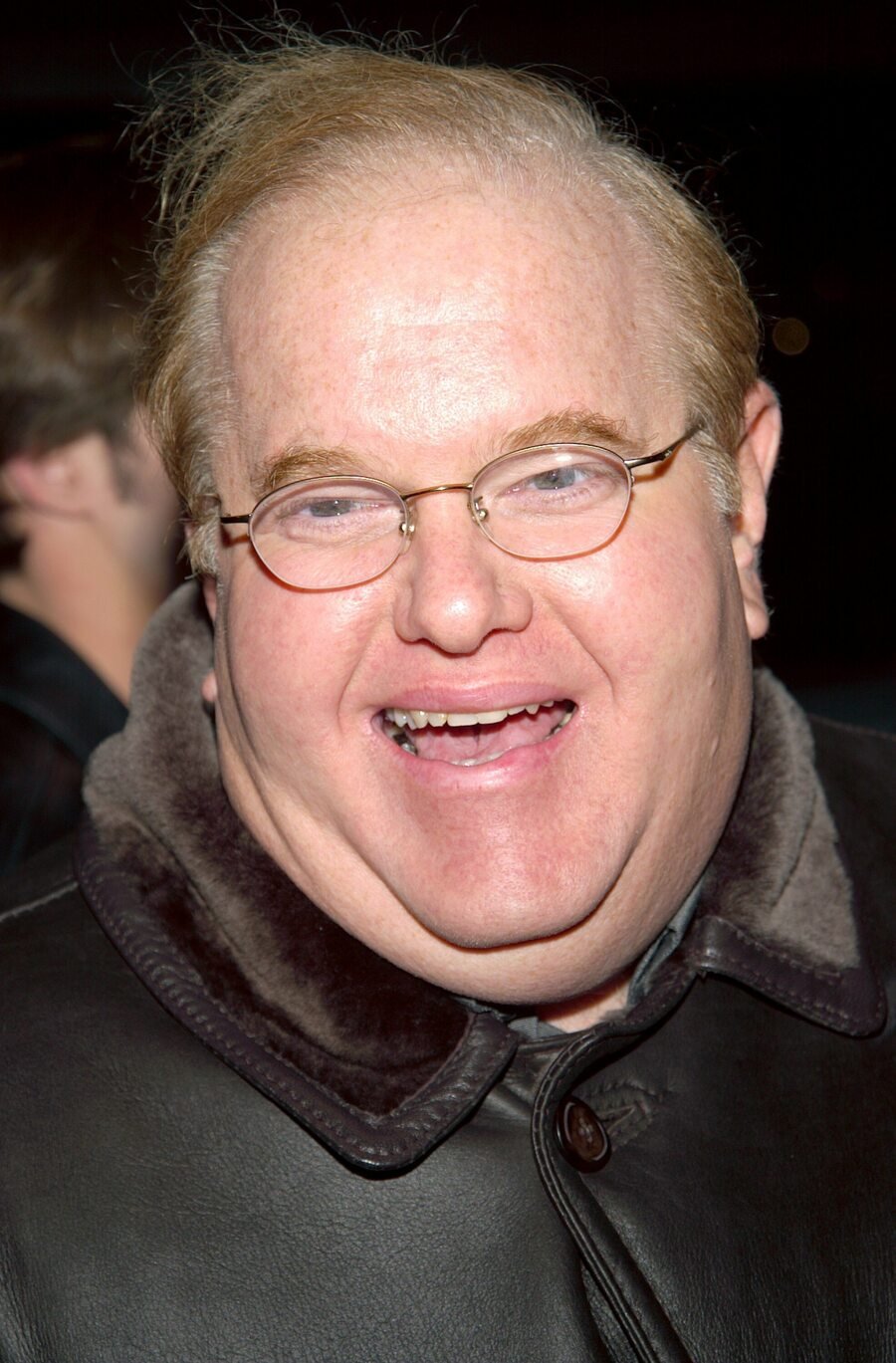 Louis Jay Pearlman was born on June 19, 1954, in Flushing, Queens. He was the only child of Reenie Pearlman, a lunchroom aide, and Hy Pearlman, a dry cleaner. Little Louis had two childhood interests: music and aviation. His fascination with the music industry was sparked after experiencing the fame and success of his first cousin, Art Garfunkel. Pearlman began managing a band as a teenager, but when success proved seemingly unattainable, he focused his attention back on aviation.

In the late 1970s, Lou launched a successful helicopter taxi service that transported people to and from New York City. While this business boomed, he launched a publicly traded company that chartered blimps and private planes to businesses and wealthy individuals. The blimps were mainly rented to companies like Met Life and McDonald's to be used as giant floating billboards, not for transportation. The private planes were mostly rented out to wealthy businessmen traveling back and forth to meetings. Most clients were boring businessmen, but one fateful day in the 1980s, Lou's life was changed forever when the boy band New Kids On The Bock chartered one of his most expensive planes for their North American tour. Pearlman was shocked to discover that a boy band was able to afford one of such a pricey private jet for a tour all over the country. When he did the math, it all added up to one conclusion: Lou Pearlman was getting back into the music management business.

Immediately, Lou Pearlman set out to copy the entire business model of New Kids On The Block. He even hired NKOTB's former manager. Together they formed Trans Continental Records. After a high profile, $3 million national talent search, the newly formed company successfully assembled The Backstreet Boys. The Backstreet Boys copied the New Kids model perfectly, and before long, Pearlman's creation would even eclipse NKOTB as the most profitable boy band of all time. Pearlman repeated the Backstreet Boys' achievements with the Timberlake-led 'NSync. 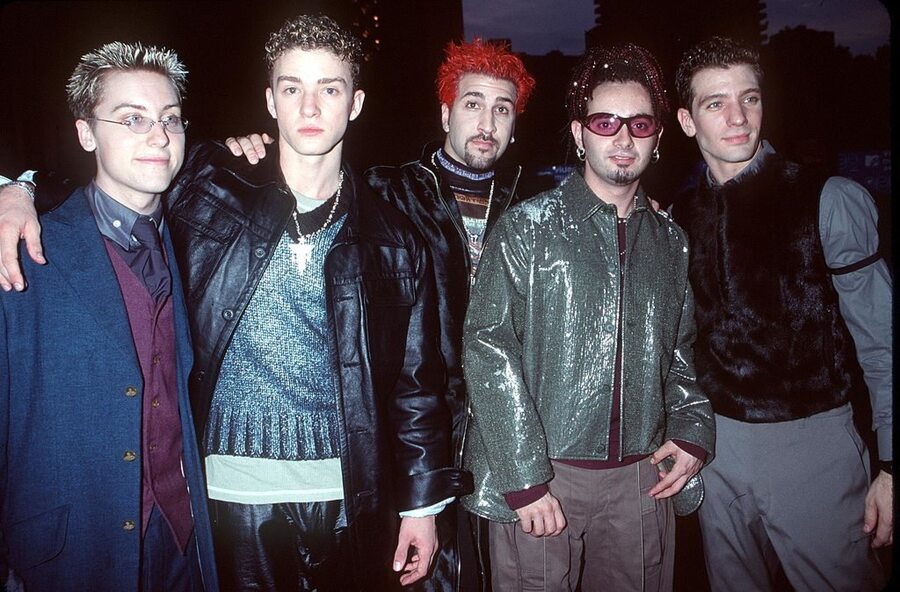 The business model would prove to be successful again and again and again. Trans Continental Records continued to make money with more cookie-cutter music groups like O-Town, LFO, Natural, US5, Take 5, and even Backstreet Boys member Nick Carter's little brother, Aaron Carter. None of these new boy bands proved to be as profitable as the original two groups, but they were all money makers just the same.

Not only were The Backstreet Boys the first Pearlman project to skyrocket to stardom, they were also the first of his bands to sue him for fraud and misrepresentation in federal court. A question aas to why the band received a meager $300,000 for their work, while Pearlman and the record company paid themselves millions, prompted band member Brian Littrell to hire a lawyer and seek restitution. Soon enough, similar questions caused 'NSync to open their own investigation and eventually all of Pearlman's bands, save for US5, followed suit, literally. Pearlman quickly found himself juggling multiple lawsuits from the very people he helped make famous. All the cases were ultimately settled out of court for undisclosed terms. With 'NSync we know that Pearlman agreed to step aside as their manager, but from a financial standpoint he essentially remained an equal shareholder in the band's profits forever.

But that wasn't the end of Pearlman's legal troubles. In 2006, it was discovered that he had been duping investors in what was found out to be a long-running Ponzi scheme. Using a fictitious company that existed only on paper, Transcontinental Airline Travel Services, Pearlman lured investors with fake tax returns, phony finances, and manufactured documents. He even wooed many high net worth investors by offering VIP all-access tickets to Backstreet and 'NSync concerts.

In total, Lou managing to steal $300 million from 1000 individual investors, many of whom were friends and relatives. He also fruadulently obtained $150 million from various banks. As with most Ponzi schemes, Lou was able to perpetuate the scam for so long by paying early investors off with money obtained from later investors.

When federal investigators caught wind of the massive fraud, Lou Pearlman went on the run. There were Pearlman sightings all over the world for months. Then on June 14, 2007, he was caught at a luxury hotel in Indonesia. He was spotted at the breakfast buffet by a savvy German tourist couple. In 2008, Lou was was sentenced to 25 years in federal prison, pleading guilty to two counts of conspiracy, one count of money laundering, and one count of making false claims in bankruptcy court. Currently, Pearlman's bilked investors are voting on a plan to recover their lost assets. They're expected to only recoup 4 cents on the dollar. To the rest of their millions, they can say "bye, bye, bye."

Pearlman is scheduled to be released from prison on March 24, 2029, when — barring an early death — he will be 74 years old. Do you think the boy band mogul gone bad can survive his jail sentence?