What Happened The Day Microsoft Went Public Back On March 13, 1986?

By Brian Warner on March 13, 2017 in Articles › Entertainment

On, March 13, 1986, Microsoft went public. Fast forward three and a half decades and Microsoft, ticker symbol MSFT, has a market cap of $1.7. As of this writing, company founder Bill Gates is the third richest person on the planet with a net worth of $130 billion. However he did spend much of the last 20 years as the richest person in the world without any competition. So what was the Microsoft IPO day like? Was it a huge success right out of the gate? Who got rich? And how rich would YOU be if you were smart enough to buy a bunch of shares and hold on to them? Let's find out!

When Microsoft officially incorporated in 1981, Steve Ballmer owned 8% of the company, Paul Allen 25% and Bill Gates 45%. The remaining 22% was split up among some of the luckiest people ever to join a risky young startup: 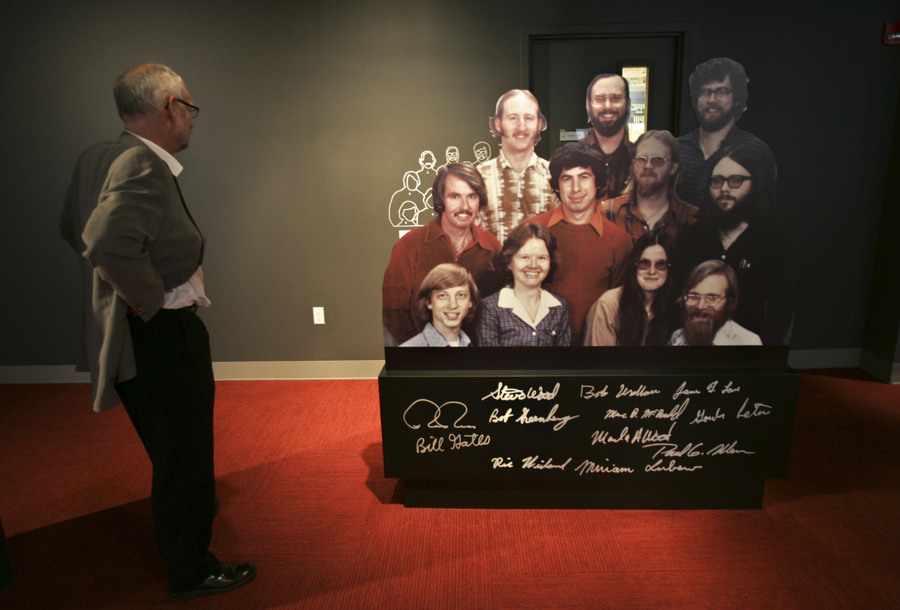 The day before Microsoft's IPO, Larry Ellison's Oracle Corp had its own IPO. Oracle planned to offer 2.1 million shares at $15 but by the end of its first trading day, Oracle shares sat at $19.25. This was seen as a very positive sign by the bankers guiding Microsoft's debut, so MSFT's opening price was raised from $16 to $21.

At 9:35 am on March 13, 1986, MSFT opened at $25.75 per share. Goldman Sach's CEO could be heard on the trading floor shouting "It's wild! I've never seen anything like it – every last person here is trading Microsoft and nothing else!"

To give you some perspective, when Snapchat went public in 2017, it ended the day with a market cap of around $25 billion. Snapchat CEO Evan Spiegel was given an $850 million bonus just for successfully guiding the company to the IPO. Think about that: Spiegel's IPO bonus was $850 million. That's more than Microsoft's entire company valuation after it's IPO. If he had a time machine, Spiegel could literally go back and buy ALL OF MICROSOFT with just his bonus check!

Gates, who was in Australia on vacation the day the company went public, celebrated the occasion by cashing out $150,000 of his IPO earnings to pay off the mortgage on his Seattle house. Paul Allen, who was at least actually in Seattle on IPO day, told a local paper that he was "very happy" and "might go out for some champagne later to celebrate." Two wild and crazy guys.

So, how much would you be worth today if you bought a bunch of MSFT shares 30 years ago and held on to them? Well, as you know by now, Microsoft (both the company and the stock price) grew at an unbelievable pace after going public. The stock has paid many dividends and has split several times. If you had bought $10,000 worth of Microsoft on the IPO day, you would have been able to acquire 476 shares. After various stock splits and dividend reinvestments, today you would own 137,088 shares. At today's closing price, your stake would be worth $32,215,680.

But if you really really wanted to get rich and you could choose a company to invest in at its inception, I would highly recommend Warren Buffett's Berkshire Hathaway, because $10,000 invested in Berkshire back in 1964 would be worth $105 million today! And while we're on the subject, $10,000 worth of Coca-Cola purchased in 1919 would be worth $2.5 BILLION today.

As we mentioned previously, today Bill Gates is the richest person on the planet with a net worth of $90 billion. Back in 2000, at the peak of the dotcom bubble, Gates' net worth briefly topped $136 billion. That's enough to make him the 12th richest person of all time after adjusting for inflation.