The king of private jets has just come out with a brand new $30 million jet that will appeal to rich business people everywhere. The Gulfstream G450 weights 19.5 million pounds and is designed for both comfort and range.

This private jet can travel up to 4,350 nautical miles (all the way from London to Seattle) on only one tank of fuel! The jet can accommodate 19 passengers and each seat comes with its own storage space and television. All of the chairs on the jet can also be made into beds. The cabin area is six feet tall, so NBA players won't have to duck down too much to fit in. 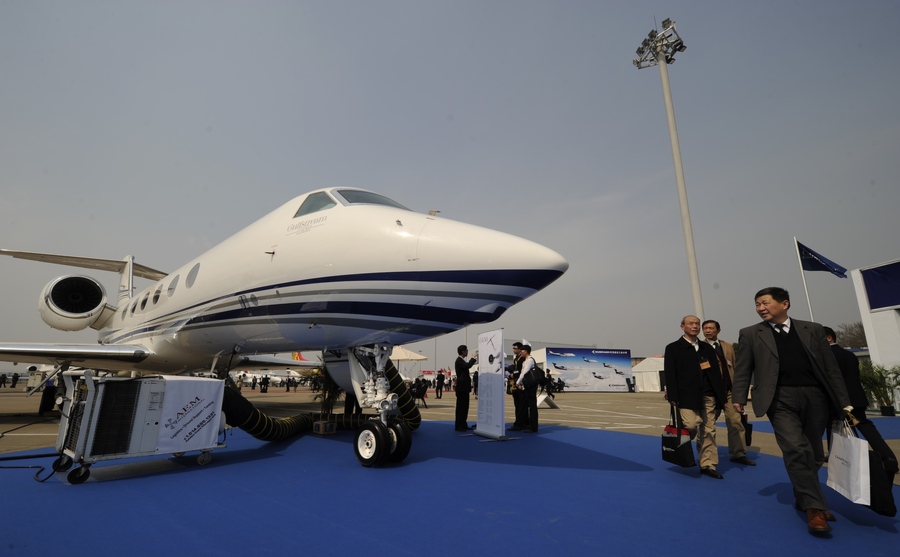 Gulfstream's G450 features redesigned wings and an economic Rolls-Royce jet engine. The cruising speed of this private jet is right around 600 miles per hour. The G450 is aimed towards business buyers who find it important to be able to work on the move. It has many connectivity options which include Wi-Fi and a receiver that is able to send and receive calls. This super nice jet also comes with a kitchen and has room to accommodate several staff members to make your flight even more pleasant.

The private jet industry is huge. In 2014, there were more than 600 jets sold and those numbers are expected to be higher this year. At $30 million apiece, 600 Gulfstream G450s would cost a whopping $18 billion!