By Travis Pulver on June 9, 2015 in Articles › Entertainment

If there is one type of movie that is at least a success with the fans, if not the critics as well, it's a sports movie. It doesn't even have to be about an actual game, but what goes on around it—the practices, the film room, the lives of the players and coaches, the history of the game. Sports movies are a chance for the game to turn out like we want it to. It's a chance for the good guys to always win, and for the bad to get what they deserve.

So when FIFA decided it was going to put $27 million—which came from the 2014 World Cup budget—into a movie based on the rise of the organization and the World Cup, they probably thought they had a sure fire hit on their hands. Americans love a good sports story, so they will definitely love one about the governing body of the "beautiful game."

There was just one problem with the movie. They didn't include any of the relevant, interesting tidbits that audiences would have eaten up. Instead they created what most critics have called an unwatchable movie that is dishonest and sanitized to the point of absurdity.

For once, the viewing public agreed with the critics. The movie opened in ten theaters in the United States over the weekend and made a whopping $607. No, not $607,000 or $6.7 million, but just $607. A theater in Phoenix reported sales of $9 for Friday night—one ticket! 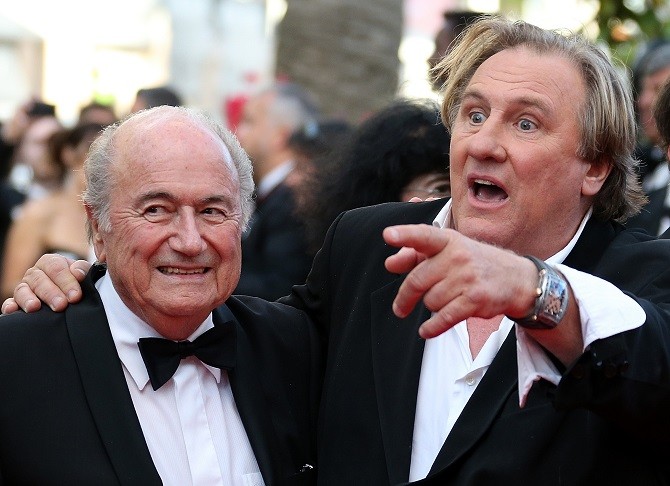 With veteran actors, you would think that the story would be a good one, but in making the movie they failed to include what Americans love most in a good sports movie—all the corruption. The recent scandal that saw 14 individuals get arrested on corruption charges is just one of many scandals scattered throughout the history of the organization.

While the scandals have been a big part of the organization getting to where it is now, the filmmakers  chose to exclude practically every last one of them.

Could it be that soccer is just not mainstream enough for this movie to have a chance of commercial success? Absolutely not. They just needed to add some meat to the story. Should the movie have shown more actual soccer (there is very little)? Not necessarily. The movie Invictus, based on the story of the 1995 Rugby World Cup, did not show a lot of rugby, but was well received by the critics and fans.

At this point, there is little chance that FIFA will recoup its losses in the movie. In overseas venues, where they love soccer, fans didn't want to go see it either. The film was released in several countries on June 16, 2014. Since then it has only made $178,000.

Try it again, but with all the dirt, and you'll probably have a hit on your hands.