By Brian Warner on April 14, 2014 in Articles › Entertainment

Who are the richest human beings ever? We've been researching this article for the last week so get ready to have your mind blown by these mega mega billionaires. The 25 people on this list are the wealthiest human beings to ever walk the earth. We started off with roughly 50 people then finalized the top 25 after adjusting for inflation to convert the fortunes into 2013 dollars. For example, the annual rate of inflation change between 1913 and 2013 is 2199.6% so $100 million in 1913 would be equal to $2.299.63 billion in 2013 dollars. We also used the most recent price for an ounce of gold which is roughly $1330 as of October 10, 2013.

In addition to some familiar modern names like Bill Gates and Warren Buffett, our list features older magnates like Vanderbilt and Carnegie. We also included lesser known billionaires from history that you may have never even heard of before. We guarantee the #1 person on this list will make your jaw drop. 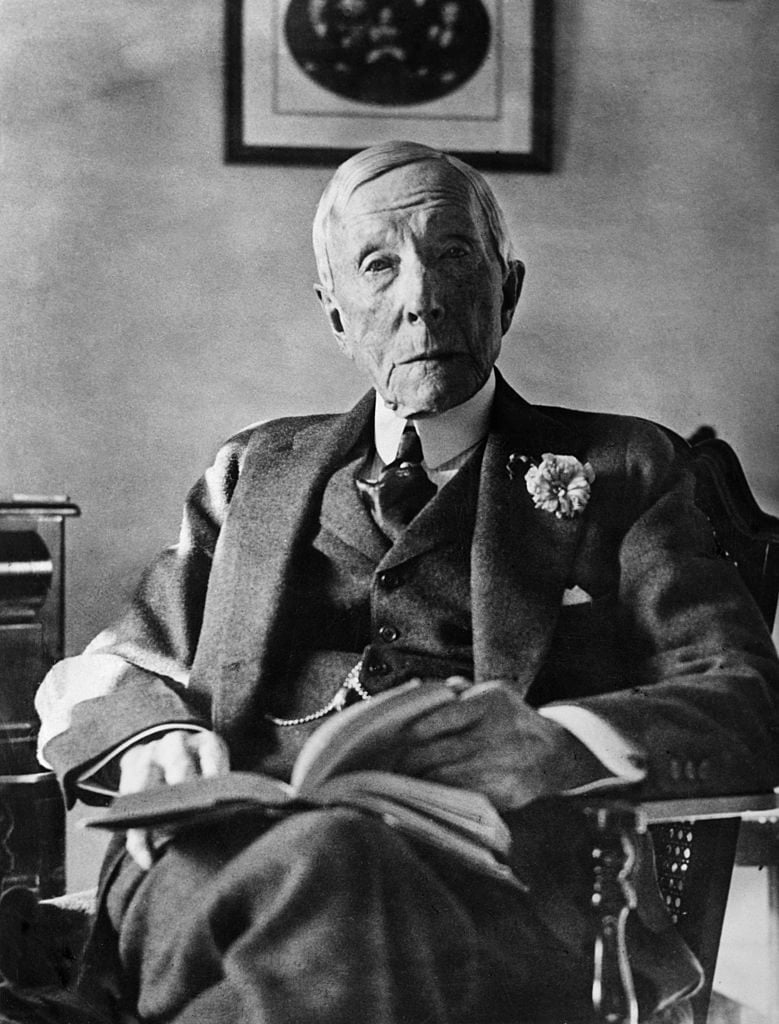 Fun Facts About The Richest People Who Ever Lived:

So sit back, get a drool bucket and click the image below to launch the ultimate gallery of the richest people who ever lived, inflation adjusted.

The 25 Richest People of All Time:

John D. Rockefeller is the richest American who ever lived. At the time of his death in 1937, Rockefeller was worth the equivalent of $340 billion in today's dollars. His company Standard Oil dominated American Oil production and was eventually broken up by The US Government for being a monopoly. Standard Oil was broken into smaller companies that you probably recognize today: Amoco, Chevron Conoco, and ExxonMobil. Rockefeller was the first American to ever have a net worth over $1 billion.

Nikolai Alexandrovich Romanov, also known as Tsar Nicholas II of Russia, ruled the Russian empire from 1894 to 1917 when Bolshevik revolutionists overthrew and murdered him and his family. In 1916, Tsar Nicholas II's net worth was nearly $900 million which is the inflation adjusted equivalent to $300 billion in 2012 dollars. $300 billion makes him the fifth richest person in history and since the Russian Orthodox canonized him, he is the richest saint in human history.

William de Warenne, the first Earl of Surey was an English military leader and nobleman who was awarded large grants of land for his service during the battle of Hastings. That land was worth the equivalent of $146.13 billion in 1088.

John of Gaunt was English King Richard II's Regent and had a net worth equal to $110 billion in today's dollars thanks to very generous land grants.

Alexander Turney Stewart, also known as A.T., came to the US from Ireland and ended up creating the largest department store ever at the time. He had accumulated over $1 million by 1876 which was unheard of. When he died in 1876 he was worth the equivalent of $90 billion.

Henry Duke of Lancaster was an English nobleman who lived from 1310 to 1361 and acquired a net worth equivalent to $85.1 billion in modern dollars.

Friedrich Weyerhauser made his first fortune in the timber business and then went on to acquire enough land to make him the largest private land owner in America. When he died in 1914, his estate was worth the equivalent of $80 billion in 2012 dollars.

Railroad king Jay Gould amassed an impressive $71 billion net worth by the time of his death in 1892.

Mexican business mogul Carlos Slim Helu's net worth peaked a few years ago at $68 billion. That made him the richest person on the planet for a little while. Unfortunately, even his peak net worth was not not enough to even crack the top 20 of the richest people of all time.

Chicago based retail and real estate mogul Marshall Field was worth $66 billion, inflation adjusted, at the time of his death in 1906. Field coined the phrase "The customer is always right."

At the time of his death in 1992, Sam Walton's net worth was $65 billion which he left to his widow and three children. Today the total value of that stock has grown to over $100 billion!

Billionaire investor Warren Buffett is probably not used to being the poorest guy in the room, but on this list that's exactly who he is. Buffett's peak net worth before he started giving all his money to charity was $64 billion which is enough to make him the 25th richest human being who ever lived.