The 25 Largest Landowners In The U.S. Right Now

By Amy Lamare on November 23, 2017 in Articles › Entertainment

Investing in land is one of the smartest things you can do. After all, land isn't going anywhere (and if it does, we're all in trouble and it doesn't matter anyway). But let's assume that land will always be there. It is safe to also bet on the value of land increasing over time. The following is a list of the biggest landowners in the United States. Some of them have truly staggering amounts of land.  Some of them, like Amazon's Jeff Bezos, The Gap's Doris Fisher, and the Pioneer Woman's Ree Drummond are familiar names. Whether they live on, in, or plan to sell it off in chunks, one thing is for certain – all 25 of these landowners have made wise investments. 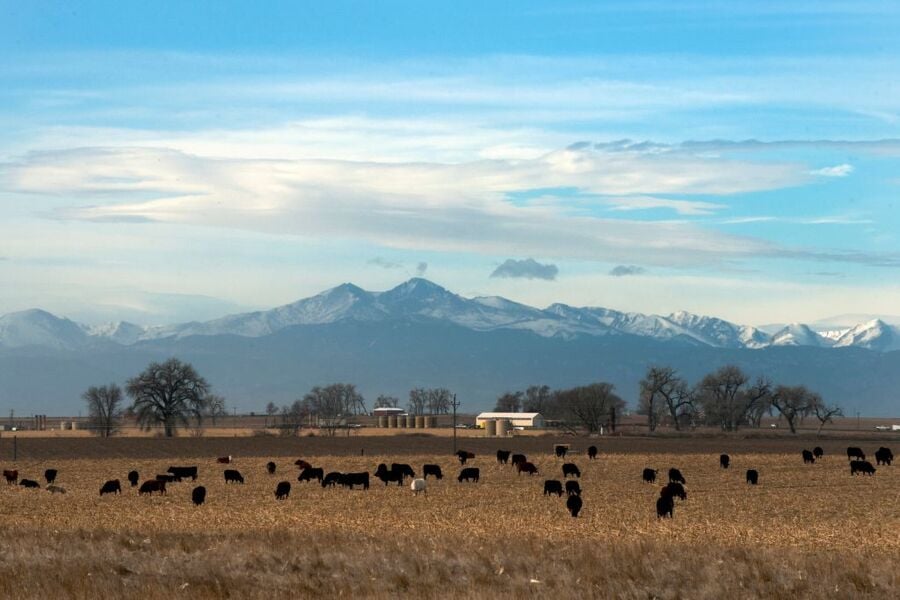 The 25 Largest Landowners In The U.S.:

The McDonald Famly is based in Alabama. The vast majority of their land holdings are in Maine. They also have land in Alabama.

Ree Drummond, author of the "Confessions of a Pioneer Woman" blog, married a fourth generation member of the Drummond ranching family. The Drummonds have been Oklahoma ranchers for over 100 years.

Phillip Anschutz owns Baughman Farms in Kansas, which is 250,000 acres as well as the 149,493 acre Overland Trail Cattle Company and Ranch in Wyoming, and 35,000 acres in Colorado. Anschutz's company is in energy exploration, telecommunications, and agribusiness. Also, the Anschutz Entertainment Group is the world's biggest owner and operator of sports and entertainment venues.

In 1998 Gap co-founders Donald and Doris Fisher established the ecofriendly timber production company Mendocino Redwood Company. In 2008, they bought Pacific Lumber and renamed it Humboldt Redwood. The company stands by its commitment to green forestry by only harvesting 2% of its acreage each year.

The J.R. Simplot Company started off in potatoes but over the years has diversified. It is now one of the largest privately held food companies in the world. Their land is in Idaho.

The family company was founded in 1884 as Prairie States Paper Company  by Herbert Westervelt. Based in Tuscaloosa, the company operates in Alabama, Florida, Georgia, Mississippi, and South Carolina.

The Stimson Lumber Company is one of the oldest forest products companies in the U.S. It pre-dates the Civil War. The family owns significant amounts of fir, pine, and cedar forests in Idaho, Montana, Oregon, and Eastern Washington.

Donald Horton's land is primarily in the deserts of the American Southwest. He recently added York Ranch and the Spike Box to his holdings. He also owns the Double V Ranch, the Great Western Ranch, and Camp Horton.

D.M. O'Connor's heirs inherited the land originally awarded to their family in the Battle of San Jacinto. Oil was discovered on their Southern and West Texas cattle ranches.

The Lykes Family owns ranch and farm land in Texas and Florida. They started out as a cattle ranching operation but have expanded into farming and bioenergy.

Farris and Dan Wilks started out as bricklayers but made their fortune in fracking. The brothers sold their 70% stake in Frac Tech Holdings in 2011 for $3.5 billion to a consortium out of South Korea and Singapore. They invested a chunk of that money in land. They have significant land holdings in their native Texas was well as in Montana and Idaho.

The Pingree family's fortune in timber began in the mid 1800s and has conserved more than ¾ of a million acres of Maine forestland.

Brad Kelley uses his land to breed rare species of animals in Texas, New Mexico, and Florida. Kelley made his money in the tobacco business. He founded a tobacco company in 1990 and sold it in 2001 for $1 billion.

Henry Singleton made his fortune in digital technology before buying Santa Fe's San Cristobal Ranch in 1986. The Singleton family's holdings are concentrated in California and New Mexico.

In 1882, James D. Irving founded a sawmill, lumber business, and farms. Irving Woodlands is a Canadian company, but their U.S. land holdings are in Maine.

The Reed Family operated the privately owned Simpson Investment Company, one of the oldest Pacific Northwest based forest products companies. Their land lies across Washington, Oregon, and California.

Stan Kroenke owns cow-calf operations on PV Ranch and Cedar Creek in Montana, as well as more than 550,000 acres in Wyoming that Q Creek Land and Livestock Company sits on. The sports magnate and Walton heir husband also bought the 123,000 acres Broken O Ranch in Montana for $132.5 million.

Liberty Media Corp. Chairman John Malone (who is a good friend of Ted Turner's) owns a million acres of woodland in Maine and New Hampshire as well as two equestrian properties in Florida.