By Brian Warner on November 14, 2013 in Articles › Entertainment

Yesterday, Evan Spiegel, the 23 year old founder and CEO of disappearing photo app Snapchat, turned down a $3 billion cash buyout offer from Facebook. Let me repeat that. A 23 year old who created an app that makes no money and has existed for a little more than two years, just casually declined $3,000,000,000 IN CASH. A 10 figure payday for an app that is mostly famous for helping teenagers sext each other. Speaking as a 31 year old founder of a profitable tech company that is based no more than five minutes away from Snapchat's headquarters here in Los Angeles and has been operating for twice as long, let me be the first to go ahead and thank Evan Spiegel for making me feel like completely useless pile of garbage today.

Ughh. I don't even know what else to say. I'm not angry or bitter. I'm extremely happy for and envious of Spiegel and the entire Spapchat team. It's just crazy to me that these apps seem to come out of nowhere overnight, scoop up a few million users and boom! They're worth hundreds of millions, or even billions of dollars. How is this possible? 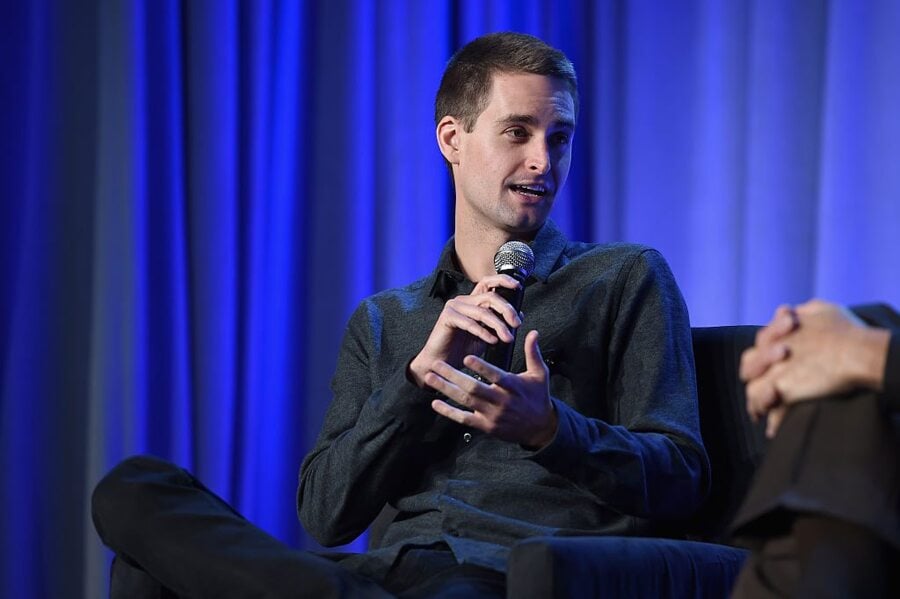 In the case of Snapchat, it actually makes perfect sense that Facebook would offer this seemingly newborn company $3 billion. Why? Because, as Chief Financial Officer David Ebersman admitted during last month's quarterly investor conference call, Facebook's teenage audience has been abandoning Mark Zuckerberg's social network in droves. And where are these teens ending up after dropping Facebook? You guessed it, Snapchat.

Have you ever used Snapchat? Do you think it's a sustainable multi-billion dollar business or a flash in the pan? Personally, I have Snapchat on my iPhone but because I only have one friend on there, I barely ever think to use it. And the reason I only have one friend is probably related to the fact that I am 31 years old, not 13.

To Evan Spiegel's credit, there was a time back in 2006 when the whole world thought Mark Zuckerberg was absolutely insane for rejecting Yahoo's $1 billion offer to buy Facebook. Right in the middle of those negotiations, Zuckerberg (who was 22 at the time) famously informed the Yahoo team that his girlfriend had just arrived in town and his phone would be off for the next two straight days. Similarly, when Microsoft was moving to make an offer on Facebook, Zuckerberg declined an 8am conference call with CEO Steve Ballmer, because he didn't want to wake up that early. Today, Facebook is a $120 billion company and Mark is personally worth just under $20 billion. Microsoft's Steve Ballmer is worth $16 billion. So where do think Snapchat's story is headed? Four years from now will Evan Spiegel be worth $20 billion? Or will he be kicking himself in the ass for turning down a 10 figure payday while filling out applications to work as a dishwasher at Chipotle on the Third Street Promenade?

Oh and if you would like to sext with me on Snapchat, my username is: BlueTahoe99 (help me have more than one friend!)