By Brian Warner on December 4, 2012 in Articles › Entertainment

What's the biggest bar tab you ever had? How about the biggest tab you had when you were 23 years old? Personally I think the most money I've ever spent at a single bar was maybe $80. And that was my birthday when a bunch of friends were in town for the weekend and we tried to live it up as much as possible. Well get ready to feel annoyed/jealous/shocked/angry… all at once. Meet 23 year old Alex Hope who recently spent more than $322,000 on one night of partying at a Liverpool nightclub. Actually it wasn't even a full night, it was three hours which translates to a little over $100,000 an hour to party with his friends and a handful of British soccer and television stars. Not a bad guy to be friends with. 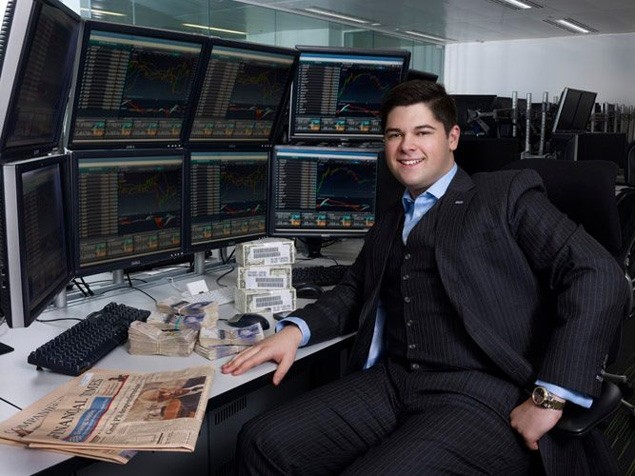 Alex Hope is a self proclaimed millionaire foreign exchange (FOREX) trading expert. FOREX is when you buy and sell the currencies of other countries around the world. FOREX trades 24 hours a day and has an estimated $4 trillion DAILY transaction volume. It's the kind of thing where if you're good, you can make a bloody fortune fast. You can also lose a fortune. Apparently Alex Hope is pretty good. Good enough where he felt comfortable spending more than the price of average home in America on one night of hard partying. His $322,000 bill included 40 bottles of champagne at $500 a pop, $4000 worth of Grey Goose and vodka, 20 Cokes, 21 lemonades and to top it all off a single bottle of Armand de Brignac Ace of Spades champagne which costs a cool $200,000!

If Armand de Brignac sounds familiar, you may have heard about celebrities like Jay-Z and Puff Daddy popping open the $200k bottle on birthdays and New Years Eve parties. Armand de Brignac holds the equivalent of 40 regular bottles of champagne and needs two people to pick it up since it weighs nearly 100 pounds. Earlier we posted this article on Jay-Z popping a bottle to celebrate the release of Watch The Throne: Jay-Z and Ace of Spades Champagne.

So what do you think of this 23 year old spending $322,000 in a single night on booze? He earned it, let him spend it however he wants? Or is this a unconscionable waste that should have been put to better use?

On the morning of April 4th 2012, Alex Hope was arrested at his apartment in East London on suspicion of committing Fraud and other offenses against the British Financial Services Act of 2000. A whistle-blower apparently alerted police that Hope was trading foreign currencies on behalf of other people without the proper license which is illegal. You can trade for yourself as much as you want but if you want to trade FOREX for other people you need to have the proper license which runs roughly $2000 a year. It's not a major offense, but it is enough to land the 23 year old in jail.

Below is a copy of Alex Hope's insane receipt itemizing his big night out, keep in mind the amounts are in British pounds and one pound equals roughly 1.6 dollars. Alex, if you read this can you let us know if you at least got laid that night? 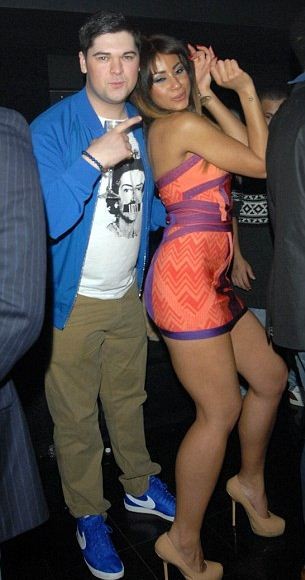 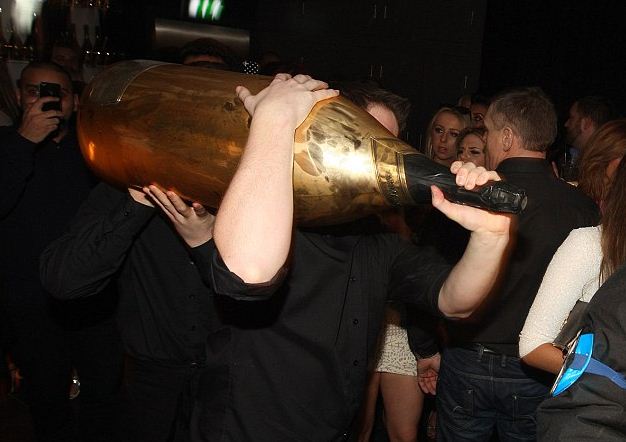