How $200 Ballet Flats Made Tory Burch A Billionaire

By Amy Lamare on November 10, 2013 in Articles › Entertainment

Less than a decade ago, Tory Burch decided to start a fashion label in the kitchen of her Manhattan apartment. As of January 2013, there are 83 Tory Burch stores worldwide. Her fashion line is carried at over 1,000 department and specialty stores worldwide, including Saks Fifth Avenue, Bergdorf Goodman, Neiman Marcus, Nordstrom, and Bloomingdale's. Tory Burch is now a billionaire. The little ballet flat that in large part earned her much of that fortune is a ridiculously popular accessory among fashion-forward women. The 47-year old designer's rise has been rapid. She is the second youngest self-made female billionaire in America, right behind Sara Blakely of Spanx who hit the 10 figure mark when she was 41. This is her story…

Tory Burch was born June 17, 1966 in Philadelphia. Her mother Reva was a former actress who dated Steve McQueen and Marlon Brando. Her father was Bud Robinson, a wealthy investor with a seat on the stock exchange who at one time dated Grace Kelly. Tory was raised with her three brothers in a 250-year old Georgian style farmhouse on Philadelphia's Main Line in quite comfortable circumstances.

Burch attended the Agnes Irwin School, where she was captain of the tennis team before heading to the University of Pennsylvania. She was a member of Kappa Alpha Theta sorority, majored in art history and graduated in 1988. After college, Burch moved to New York City and worked for the Yugoslavian designer Zoran, who dressed Lauren Hutton, Isabella Rossellini and Burch's own mother Reva. Tory exhibited early pluck and moxie when she called Zoran up randomly and asked for her job directly. He told her she had to start the following week, so she packed up and moved to New York City for a full introduction to fashion. Tory's next job was as a sittings assistant at Harper's Bazaar. A move into public relations landed her first at Vera Wang, then Polo Ralph Lauren, and finally Loewe during the tenure of Narciso Rodriguez.

In 2004, her then husband, Chris Burch gave Tory $2 million to start her own line. She immediately began designing her own line of clothes and accessories from her kitchen kitchen table. She launched her fashion label in February 2004, opening her first store in New York City right away. This highly unusual move paid off right away for Burch. With her idea of a brand providing affordable luxury, she decorated and stocked the space according to her vision. She wanted the space to tell the story of her brand in a visceral manner. By the end of Burch's opening day the original Tory Burch boutique at 257 Elizabeth street had almost entirely sold out of inventory. 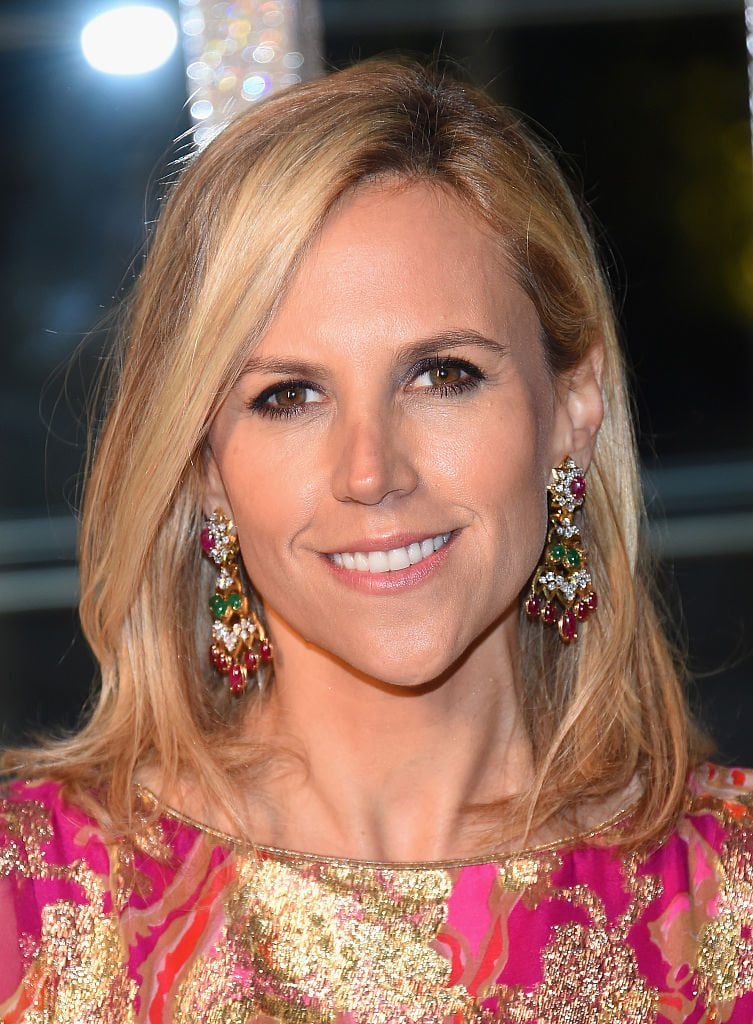 Burch had neither a business school nor design school background or training when she decided to become a fashion designer. What she did have were an impeccable sense of style and well-honed instincts. Over the last decade, those traits have helped her build, in less than a decade, one of the hottest businesses in the fashion industry. Burch's casual chic, colorful designs are universally appealing. Her style sense has been best described as boho-preppy classic American sportswear.

Burch is best known for her signature Reva ballet flats which retail for just under $200. In 2005, sales exploded when Oprah Winfrey endorsed her line on The Oprah Winfrey Show. The company sold ballet flats and accessories at a record clip, outpacing the sales of more established designers like Michael Kors and Kate Spade. After the Oprah appearance, Tory's company's website received 8 million visits over the next 24 hours.

Tory and Chris Burch were married in 1996 and have three sons together: twins Henry and Nicholas born in 1997 and Sawyer, born in 2001. The couple lived in a 9,000 square foot apartment at The Pierre Hotel and for a time, seemed the darlings of New York Society and the fashion world. Tory initiated divorce in 2006 and the proceedings took two years due to fact that the couple did not have a pre-nup. Eventually the Burches came to terms personally, if not professionally.

In 2008, Tory Burch won the "Oscar of fashion", as she calls it on her website, the Accessory Designer of the Year award from the Council of Fashion Designers of America. In 2009, Burch sold a minority stake in her brand of approximately 20% to Tresalia Capital, a Mexican private investment group. This move was made in order to help fuel the global growth of her brand.

Tory and Chris Burch's business relationship has been tense and downright acrimonious at times. In 2011, reports surfaced that Barclays Capital had been hired to shop all or part of Chris' 28.3% stake in Tory Burch LLC, increasing speculation of a pending IPO with a valuation of $2 billion, something Chris had been pushing for and Tory wasn't on board with yet. In the same year, Tory Burch LLC was awarded $164 million in damages after the discovery of a counterfeiting operation in China providing inventory to 41 separate web retailers who were using her name and famous logo.

In March of 2012 Chris was asked to step down as co-chair of Tory Burch, LLC after founding a new company that copied Tory's signature style at a lower cost point, potentially damaging her ability to launch a spin off brand in the future (such as Donna Karan's lower priced DKNY).

In the fall of 2012, Chris sued Tory for breach of contract and interference with the sale of his shares of the company as well as interference with C. Wonder. He sought compensatory damages and relief, including the removal of Tory from the board of directors of her own company. Tory filed her own legal action against Chris alleging that C. Wonder is a knockoff brand, providing side-by-side comparison photos of C. Wonder clothes, shoes and accessories that bear remarkable similarity to Tory Burch items.

The sticking point in their dueling lawsuits was in the shares. Chris allegedly wanted to sell all of his shares in Tory Burch, LLC, while Tory didn't want to allow that to happen, for fear that severing all ties to her company would free him up to continue to knock off her designs and aesthetic. In December 2012, after a drawn out and at times acrimonious legal battle, one-time company co-chair Chris Burch, her ex-husband, sold half of his 28.3% stake in Tory Burch LLC. The price he got for his shares valued the company as a whole at $3.5 billion. Chris retains a 15% stake in Toy Burch today.

Tory Burch still owns a little less than 1/3 of her company. At a $3.5 billion market cap, her stake officially made her a billionaire in March 2013. Further more, in 2012 Tory Burch LLC brought in $800 million in revenues. Now all eyes are on the Tory herself, who owns a 28.3% stake in Tory Burch, LLC, worth approximately $935 million. An IPO would make her even wealthier if recent fashion offerings, like Michael Kors', offer any indication.