The Richest Drug Dealers of All Time

By Joseph Gibson on March 21, 2014 in Articles › Entertainment

Who are the richest drug dealers of all time? The people on this list make Tony Montana look like Tony the Tiger.

People become drug dealers because it's still the only profession where someone without a college education can become one of the richest people on the planet in just a few years. It's also one of the only professions where people are trying to kill or arrest you every single day. But the real money isn't in the hand to hand drug dealing you see on city corners, if you want to become insanely wealthy you need to either supply or transport wholesale amounts of cocaine, heroin, methamphetamine or marijuana. We're talking about the kingpins, the drug lords, the real bosses. Until you've reached these levels, you really are just a small timer. The more drugs you are able to wholesale, the more money you will make… assuming you don't get caught by the DEA or gunned down by a rival cartel.

But who are the richest drug lords in history? This was a very popular debate on the CelebrityNetWorth Facebook page so we took it upon ourselves to settle it once and for all with the following list. The research took two weeks because we kept uncovering new kingpins and information that absolutely blew our minds. There are definitely some familiar faces on this list who have been made famous by big budget Hollywood movies, but there are also some people here who you've probably never even heard of… 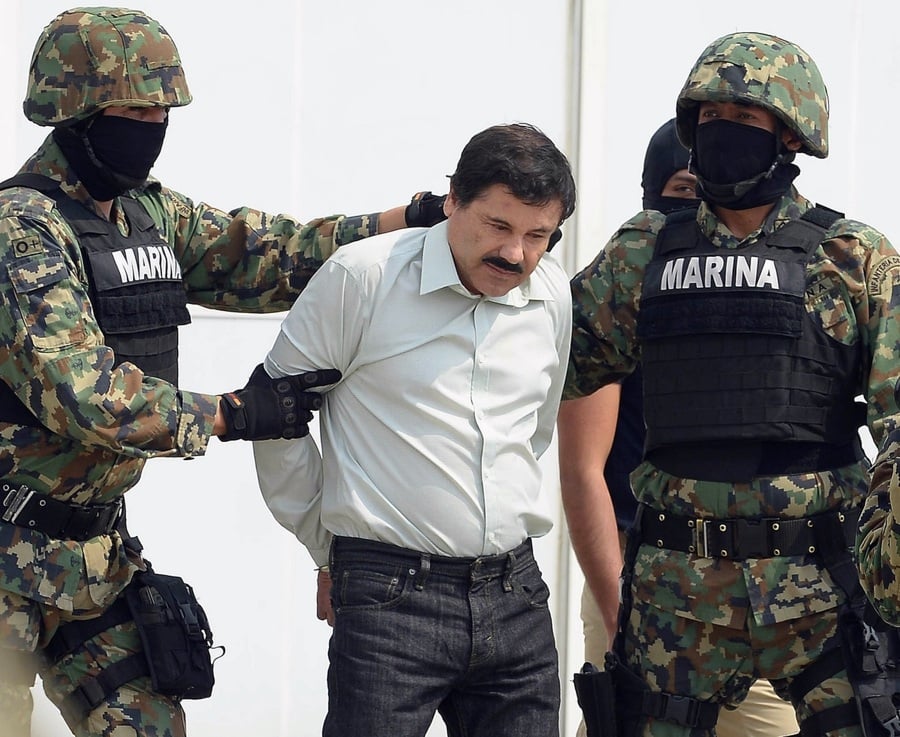 The co-founder of the now-defunct Guadalajara Cartel. One of his most infamous acts was his involvement in the kidnapping and eventual murder of DEA Agent Kiki Camarena, for which Quintero was eventually convicted. In March of 2021, he lost his final appeal to avoid extradition to the US from Mexico for charges surrounding that kidnapping and killing.

Known to the world as "El Chapo," Loera is currently imprisoned in a facility in Colorado. He has escaped from prison twice over the course of his career, which has been dramatized on television programs like "Narcos: Mexico" and the Netflix/Univision co-production "El Chapo." The Sinaloa Cartel which he once led is reportedly still a powerful force in drug trafficking and crime.

Crime lords don't get much more famous, or infamous, than Chicago's own Al Capone. His exploits and crime empire are still the stuff of legend, and serve as the inspiration for no less a criminal icon than Tony Montana of the film "Scarface." He was even played by Robert De Niro in "The Untouchables." If he were alive today he might bristle at being characterized as a drug dealer, but many of his bootlegging activities were the equivalent of underground narcotics traffic today.

Griselda Blanco was worth $2 billion at the peak of her criminal narcotics career, which was infamous enough to earn her the nicknames "the Black Widow," or "La Madrina," and the "Cocaine Godmother." The only woman on this list, she was murdered in 2012 at the age of 69.

German-Colombian Carlos Lehder had a net worth of $2.7 billion at the height of his cocaine empire in the 1980s. The network's operations centered around his own private island located in the Bahamas. Authorities have also linked him to the founding of a "Neo-Nazi" political group in the US, which was allegedly established in order weaken the extradition treaty between the United States and his native Colombia.

Jose Gonzalo Rodriguez Gacha is perhaps better known by the moniker "El Mexicano." He was among the leaders of the notorious Medellin Cartel along with fellow list members Pablo Escobar and the Ochoa Brothers. He was killed in a violent confrontation with police in 1989.

His name may not be as familiar as some of the others on this list to western readers, but the man known as Khun Sa was at one time known as the "Opium King" of Myanmar. Political and law enforcement pressure forced him into retirement in the 90s, and he passed away in 2007.

Juan, Jorge and Fabio Ochoa, known as the aforementioned Ochoa Brothers, were involved in the Medellin Cartel during its 1980s heyday. They were associates of Pablo Escobar and extremely wealthy in their own right. But eventually they were enemies of Escobar's. Juan died in 2013, while both Jorge and Fabio have kept low profiles after being released from prison in the 1990s.

Unlike most of the figures on this list, Indian crime lord Dawood Ibrahim has never been apprehended by law enforcement. He's been designated a "global terrorist" by the governments of both the United States and India since 2003, with a bounty of $25 million on his head. Some reports have had him living in Pakistan, something the Pakistani government denies.

Amado Carrillo Fuentes died in 1997 after suffering botched plastic surgery. During his heyday, he was obviously one of the richest drug lords of all time. But he was also recognized for his use of technology in his narcotics operations, considered to be pioneering for his use of airplanes to transport cocaine. At his peak, he was worth some $25 billion.

Pablo Escobar is possibly the most widely familiar name on this list, second only to Al Capone (and that's probably debatable). Escobar's infamy goes back too far and covers too much ground to be adequately covered here. But during his lifetime he was possibly the most successful drug lord of them all. He was so rich that he once burned $2 million in cash just to stay warm while he was on the run from police. He was killed in a shootout following a prison escape in 1993.