20 Random And Fascinating Facts About Billionaires

Billionaires are just like you and me—except they have no financial worries whatsoever. If they get a hankering for a vacation they can just get on their plane–frequently their very own private plane–and takeoff for destinations unknown and unimaginable. But billionaires, just like us, have lives that are funny, complicated, and dramatic—sometimes all three. They have hobbies that are bizarre. They have families. They have causes near and dear to their hearts and the money to throw at those causes to affect greater change or influence outcomes in politics.Having billions carries with it a certain amount of power, and the way it is used is as varied as are the 1,645 billionaires in the world today. Billionaires and their habits can be a fascinating subject. Let's take a look at 20 facts about today's billionaires:

#1) There are 1,645 billionaires in the world, and together they control roughly $6.4 trillion in assets.

#3) China, Russia, Germany, and Brazil have the next highest concentration of billionaires.

#5) If Bill Gates, currently the richest man in the world, were a country, he would be the 65th richest country in the world.

#6) Christy Walton is the richest woman in the world.

#7) Nine billionaires have 10 or more children.

#8) The female billionaire with the largest number of children, Savitri Jindal, has nine children.

#9) One billionaire has 23 children. That billionaire is Sulaiman Al Rajhi, the fifth richest person in Saudi Arabia.

#10) Mark Zuckerberg has given a staggering $990 million to the Silicon Valley Community Foundations. 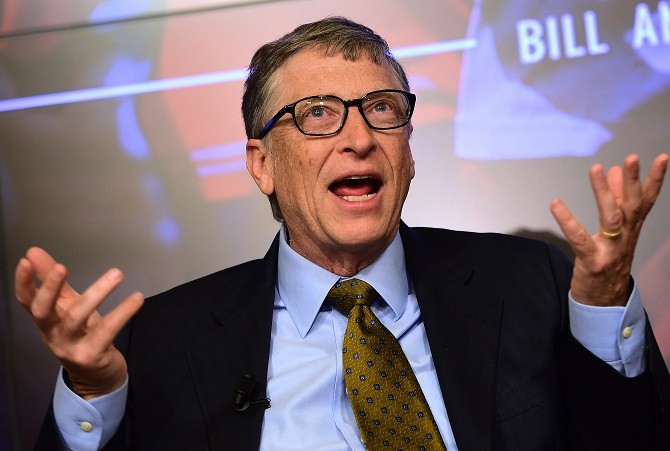 #11) One billionaire is named God. God Nisanov has a net worth of $5.3 billion. So Bill Gates, Mark Zuckerberg, etc. can all say that they have more money than God.

#12) In 2012, Sheldon Adelson spent $93 million to try and keep President Obama from winning a second term in office.

#14) 42 percent of billionaires who earned their first billion before turning 40 did it in technology fields.

#18) The oldest billionaire alive is 99-year-old David Rockefeller, Sr. He has one of the largest beetle collections in the world.