The 20 Highest-Paid Athletes Of All Time–Updated

On Saturday night, boxer Floyd "Money" Mayweather defeated UFC superstar Conor "The Notorious" McGregor in 10 rounds to go 50-0 in his career. Going into the fight, Mayweather had career earnings of $765 million. His career earnings include fight purses, money from pay-per-view sales, ticket sales, and endorsements. With a reported payday in excess of $300 million from Saturday, that elevates Mayweather into the ranks of athletes who've made a billion dollars alongside Michael Jordan, Tiger Woods, Arnold Palmer, Jack Nicklaus, and Michael Schumacher.

Michael Jordan remains the highest-paid athlete of all time. The basketball superstar made more than $93 million over his 15 year professional basketball career. Today, he brings home $100 million a year just from his deal with Nike. The Nike-owned Jordan brand accounts for more than 50% of the basketball sneaker market and made $2.8 billion in revenue for Nike over the past year alone. Nike expects the Jordan brand to bring in $4.5 billion in revenue by 2020. Michael Jordan collects a royalty on every shoe, hoodie, short, etc. sold by Nike. Michael Jordan has career earnings of $1.7 billion. 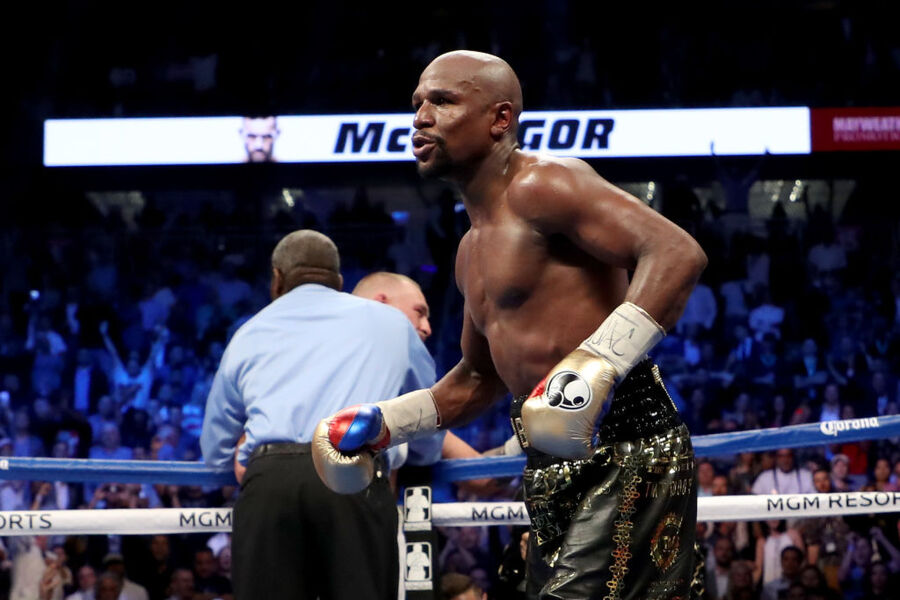 Tiger Woods remains the second-highest paid athlete of all time. For 11 straight years, Woods was the highest-paid athlete in the world. His peak earnings year in 2008 saw him netting $115 million. This was thanks to very lucrative endorsement deals with Gatorade, Nike, Gillette, Buick, and more. Today, this golf legend earns 50% less than he did during the height of his PGA success. Woods earned $45 million over the past year thanks to appearances, sponsors, and course design fees. He has career earnings of $1.65 billion.

Golf legend Arnold Palmer remains third on the list of highest-paid athletes. During his 52 years playing professional golf on the PGA and Senior Tours, he made $3.6 million in prize money. The last time he won a golf prize was at the Bob Hope Desert Classic in 1973. Palmer was really the first player to reap the financial rewards of product endorsement. He and his agent created the model for endorsements that so many athletes today rely on. Prior to his death in September 2016, Palmer made more than $40 million a year thanks to endorsements, licensing agreements, and 500 retail stores selling Arnold Palmer branded clothing and footwear in Asia.

Floyd Mayweather moves up from the seventh highest-paid athlete of all time to the fifth. He is undefeated over his boxing career and has career earnings of $1.1 billion after the payday for his win over Conor McGregor.

The 20 highest-paid athletes of all time come from a mix of sports. There are five golfers, four each from basketball and boxing, three from soccer, two from racing, and one each from baseball and tennis.

These are the top 20 highest-paid athletes of all time and their career earnings adjusted for inflation.