In 1994, The US Spent $30 Million On World Cup Infrastructure. For 2014, Brazil Essentially Flushed $14 Billion Down The Toilet.

The FIFA World Cup is set to kickoff in Brazil, the world's most soccer crazy nation, in just a few weeks. During the tournament, most of the world will be glued to their TVs for every second of the action. Even many Americans, despite the fact that our team was placed in the bracket of death, are pumped to watch what is officially our 15th favorite national sport. The World Cup comes around every four years and promises to give its host country a month of unparalleled excitement and parties for tourists and locals alike. An excitement that is unmatched by any other world event, including the Olympics. All of this is great, but we feel compelled to ask: Are the steep costs involved with hosting a World Cup worth the expenditure for a mostly-impovrished country like Brazil? 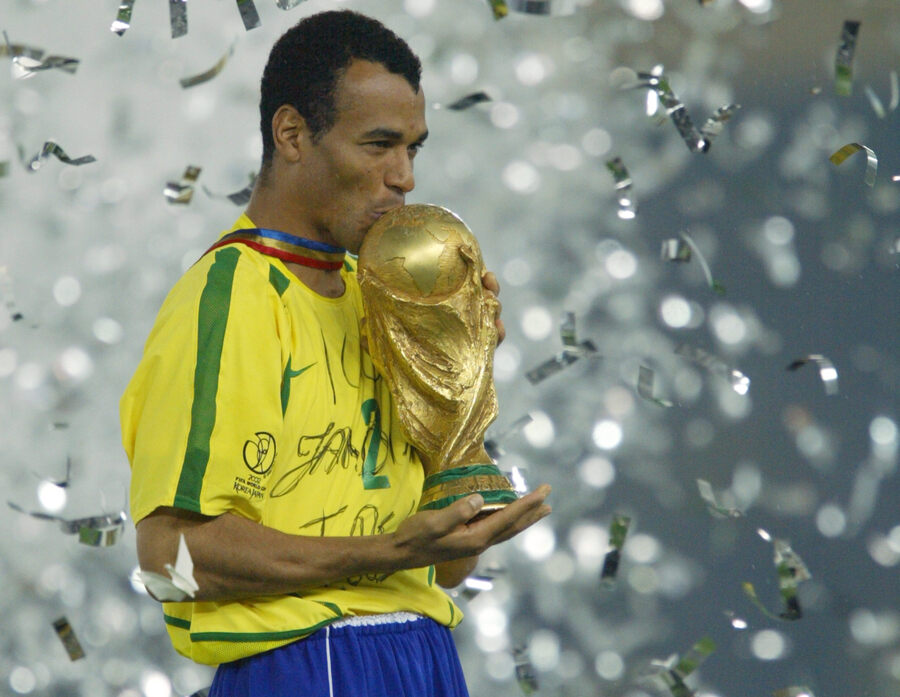 Brazil's World Cup expenditures have become a lightning rod in what has been a long running battle between the Brazilian government and its critics. Many Brazilians are disgusted that the government has decided to willingly waste billions of tax payer money on a series of soccer games instead of delivering the most basic needs – education, healthcare, and affordable housing – to many of its 200 million citizens. Brazil has spent BILLIONS getting their country ready to host soccer's premiere event. Billions of dollars in a country where many live in truly wretched poverty. These billions have all come from public funds the could have (should have) paid for schools, hospitals, teachers, food and hundreds of much more worthy social programs. According to the Gini coefficient index of inequality assessment, an estimated 20% of Brazilians live in abject poverty. The protests involving the World Cup expenditures specifically have been going on for nearly a year and are expected to continue throughout the month during the games.

How much money are we actually talking about?

By the time the games kickoff, the Brazilian government will have spent an estimated $14 billion dollars on the World Cup. That's $14 billion to host 64 games for 32 teams over the course of 30 days. The estimate is more than triple the amount spent by South Africa in 2010 ($3 billion) and $12.4 billion MORE than Germany spent in 2006 ($1.6 billion). And if those examples don't make you slightly enraged, hopefully this one will: When the United States hosted the World Cup in 1994, we spent just $30 million on infrastructure improvements. The World Cup in Brazil will be the most expensive soccer event of all time.

To make this matter even more enraging, it's not like the $14 billion investment has built infrastructure that will be useful to the people of Brazil for decades to come. It is widely accepted that Brazil's investment in the Cup won't pay off at all. Most analysts believe that the entire $14 billion was essentially flushed down the toilet. In a country where, ironically, many of its citizens don't even have toilets.

The 600,000 foreign tourists who will flock to Brazil for the games are expected to pump $25 billion back into the country's economy according to Brazil's Ministry of Tourism. However, consider that South Africa has never fully recovered from the billions it spent on the World Cup in 2010 and Brazil's astronomical investment in these games seems truly insane. South Africa spent $3 billion and to date has only recovered an estimated $400 million.

But Brazil is a soccer (or futbol) crazed country, you say… Surely they will get on board, be excited, show the world what futbol truly is, right?

Not so much. A recent poll showed that more than 50% of the country feels like the World Cup will do more harm to their country than good. Discontent over public spending has been brewing for a year. One of the chief issues is the money spent to build stadiums that will in all likelihood be abandoned once the Cup is over. The Mane Garrincha stadium in Brasilia is the second most expensive stadium ever built at $900 million. And Brasilia does not even have a professional soccer team! After the stadium hosts seven World Cup matches, there is no permanent team set to use it. And the $900 million spent represents more than 10 percent of the total World Cup budget.

Worse than that sky high price tag is the fact that over the course of building the stadium, the cost tripled due in large part to corruption between the construction firms and the government. Auditors found $275 million in price-gouging and estimate that at least one third of the cost of the stadium comes from overpricing. Funding for Brasilia's stadium relied solely on financing from the federal district, meaning every cent came from taxpayers. For instance, the report from the auditor says transportation of pre-made grandstands was priced at $4,700 in the budget — but the construction consortium billed the government $1.5 million. It is the anger over this corruption that helped fuel huge protests last year.

The price of building or renovating the 12 stadiums for the Cup has quadrupled from pre-construction estimates to $4.2 billion. Oh and by the way, back in 2007 when Brazil was awarded the World Cup, their initial report of cost estimate promised the stadiums would be privately funded. Clearly that didn't happen. Originally, Brazil planned to host the World Cup in eight cities, but when it expanded to 12 cities—the funding for the stadiums relied on public funds.

Despite being awarded the World Cup in 2007, host cities were not chosen until 2009 due to political wrangling. Delays followed in getting construction started and delays happened during construction and the stadium in Sao Paulo is STILL not finished. And some of the stadiums that were completed ages ago are already falling apart. Chunks of the roof fell into the stands during a storm at one of the locations. So how will they stand up to tens of thousands of rowdy soccer fans in the grandstands?

Other pricey new stadiums include the $400 million Arena das Dunas in Natal, the Itaipava Arena Pernambuco in Recife at $500 million, and Arena da Amazonia in Manaus at $290 million. Manas also does not have a professional soccer team and is located in an isolated part of the Amazonian jungle. Just what will that city do with a nearly $300 million dollar barely-used arena in the middle of the Amazon jungle once the Cup is over? A

Worse even than the high price tag on these new stadiums is the toll the construction has taken on lives. Eight workers (that we know of) have died building and refurbishing the soccer venues across Brazil. Also, more than 250,000 families have been forced out of their homes. These houses were situated near the new stadiums and the government claimed the land through Brazil's version of eminent domain to make way for new construction in the areas around the soccer stadiums. This is also going on in Rio de Janeiro as that city preps for the 2016 Olympics, by the way. Many of the people displaced by the Cup have been left homeless, as affordable housing is a HUGE issue in Brazil. The overriding feeling in the country is that the government really doesn't give a damn about its people. The government is prioritizing soccer over Brazilian families.

The protests that continue to rage aren't really about the World Cup, as previously mentioned. They are about a country's people really becoming sick and tired of their corrupt government and police force. Brazilians are demanding better education, health care, affordable housing, and a less corrupt police force and government.

Speaking of the police, the situation in Brazil is less "to protect and serve" and more "you may be killed by an on duty police officer". More than 2,000 people die each year in Brazil at the hands of police officers. This year Douglas Rafael da Silva, a well-known dancer on a local television show, was killed by police when he was mistaken for a drug trafficker. Claudia da Silva Ferreira was an innocent woman who was killed after being dragged behind a police car. In fact, the three officers responsible for her death have committed at least 69 on duty killings in the past fourteen years.

Police officials recently released a "self-preservation" brochure for the 600,000 foreigners expected to flock to Brazil during the Cup. The most telling one says "don't scream if you are being robbed". Why? Because the police don't want it to turn from a mugging to a murder. That's a fairly grim statement for the host country before you even get there.

All of the above describes a country in complete chaos that is about to be thrust onto the world's stage and host thousands of tourists for soccer's biggest event. How can anyone expect the Cup to not be as chaotic as the country in which it takes place? Brazilians expect disorganization once the games begin. Between the obscene price tag on the Cup, the delay in Word Cup infrastructure, and the promise of continuing protests once the games begin- the 2014 FIFA World Cup will prove to be interesting, possibly for all the wrong reasons.

Even before a ball has been kicked the tournament has been described as a disaster plagued by safety fears, protests, budget overruns and general disorganization. Every major sporting event has doomsday predictions that typically reach fever pitch about 100 days before they start. However, Brazil is facing a massive set of unresolved issues that have left FIFA President Sepp Blatter praying that nothing else goes wrong.