By Max Savage Levenson on May 4, 2019 in Articles › Entertainment

On a fateful day in March 1977, James Earl Jones walked into a recording booth at Goldwyn Studios in Hollywood to lay down lines for a low budget, futuristic space movie called Star Wars. He didn't know it at the time, but those recordings would eventually turn him into one of the most recognizable voices in American film history. By the end of the day, he had laid down all of the voice-over tracks for a character named Darth Vader. Darth Vader had to possess a voice of pure menace: low, gravelly, and with each syllable delivered with the intonation of a death sentence. The actor who played the physical role of Darth Vader did not have a voice that could meet these requirements. The film's young director, George Lucas, originally wanted to hire Orson Welles for the voice of Vader, but Orson's voice was deemed "too recognizable." So, Lucas and the studio called up Jones' agent and said: "Hey, does Jimmy want a day's work?"

Jones never actually appeared on-screen. At the time he recorded the vocal tracks, Jones saw his role in Star Wars as minor at best. At his own request, he was not credited in the first two movies, A New Hope and The Empire Strikes Back. He considered his role parallel to that of the voice actor Mercedes McCambridge, who recorded the voice of the devil in The Exorcist. In the credits, Mercedes was simply listed as part of the special effects team.

At the time, Star Wars was was being produced on a shoestring budget. Furthermore, thanks to a series of production disasters, absolutely no one believed the movie ever had a shot at being a hit. Even the movie's own studio and starring actors were totally convinced it would flop. When Jones was first approached about providing his voice work, production was spiraling over its modest budget. In order to save costs, George Lucas offered to give Jones points instead of salary for his role. Points are like equity in a company… basically shares in the movie's future profits, assuming it ever makes a profit.

Jones was dead broke at the time, and, like everyone else involved at that point, was extremely skeptical of this silly space movie. So, in what might be one of the most regrettable decisions in film history, he rejected the points offer and demanded to be paid in cash… up front. His full salary for the first Star Wars movie ended up being a grand total of $7,000. That's equal to roughly $27,000 today after adjusting for inflation. Not a bad haul for a few hours of work in a recording studio. Especially for an actor struggling to pay the rent. But if only James Earl Jones had believed a little more strongly in The Force! Decades later, Jones would explain his thought process at the time:

"$7000 was big money for me in those days. I was broke and needed the money to pay rent and buy groceries!"

As we all know now, Star Wars went on to become a massive international smash hit and cultural phenomenon, earning $775 million at the worldwide box office. The movies were so successful that they eventually turned George Lucas into a multi-multi-billionaire.

So how much did James Earl Jones give up? In a 2010 interview on Live! With Regis and Kelly, Jones admitted that the decision to take cash instead of points eventually cost him "tens of millions of dollars." It was probably much more than that, when you take inflation into account. For a comparison, Sir Alec Guinness accepted the points, and to date, his heirs have earned an estimated $95 million from Star Wars. That must be painful to think about… 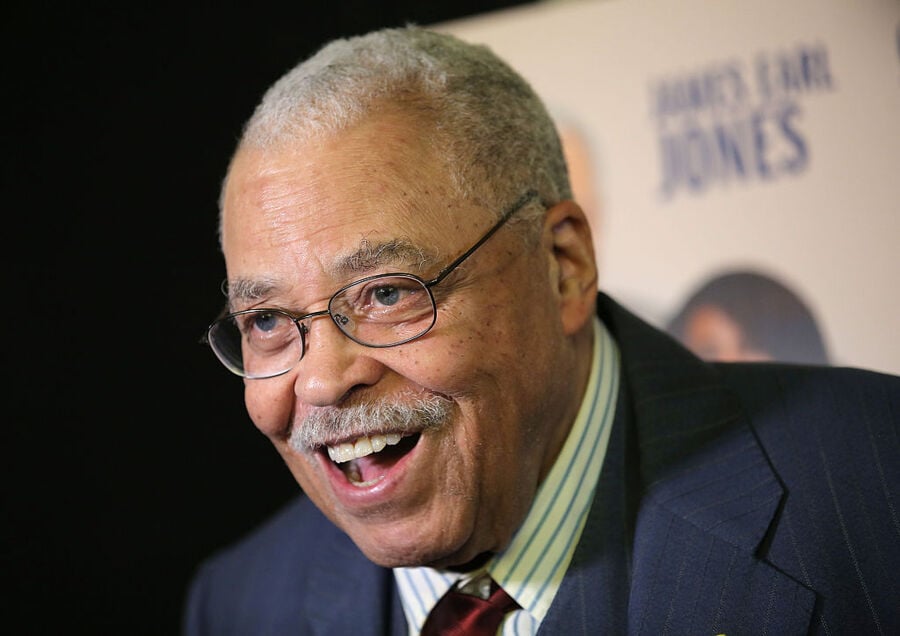 On the bright side, voicing Darth Vader thrust Jones into the spotlight. Countless other acting and voice-over roles would follow, to compensate for his lousy check for Star Wars. Most notably, he was the voice of the noble king Mufasa in Disney's The Lion King, and he greets viewers to CNN, intoning "This is CNN." Between these roles and others, Jones has brought his net worth up to a very respectable $45 million.

At 83, Jones is still busy. And he hasn't forgotten Star Wars. During a recent interview on the Today show, he traded jokes with co-actor Boyd Gaines. "What does the redneck Jedi say?" Gaines asked. After a perfect deadpan pause, Jones quipped "Luke, I am your father… and your uncle" as the studio erupted in laughter.