Imagine starring in one of the most iconic and beloved movie franchises of all time. That alone would be amazing enough for any actor. Now imagine not only getting a chance to star in one of the best movies of all time, but also continuing to make millions of dollars from that role for decades. Sound too good to be true? Well, that's exactly what happened with Sir Alec Guinness and the Star Wars franchise. Thanks to his iconic role as Obi-Wan Kenobi, Alec Guinness' heirs are still earning millions of dollars from Star Wars to this day. How is this possible? Well, it turns out Guinness may have inadvertently applied his Obi-Wan Kenobi-like intelligence when negotiating his original contract!

When Alec Guinness was offered the role of Obi-Wan Kenobi, he was less than thrilled. In fact, he hated the entire concept of this space opera called Star Wars, referring to it as "fairy tale rubbish." Nevertheless, Alec agreed to do the movie, but he made one very unique request: he would only sign on if he was given a percentage of the film's gross revenues, rather than being paid a flat fee. The deal would make it so Alec would receive royalties for the video release (and later release of the DVD ), of not just the original Star Wars, but also the two following sequels, in which Obi-Wan returned in spirit form. At the time, this was considered a huge gamble and seemed colossally foolish. However, as you are about to learn, this deal has become legendary in Hollywood and is still used today as a blueprint for top-earning actors and their agents. 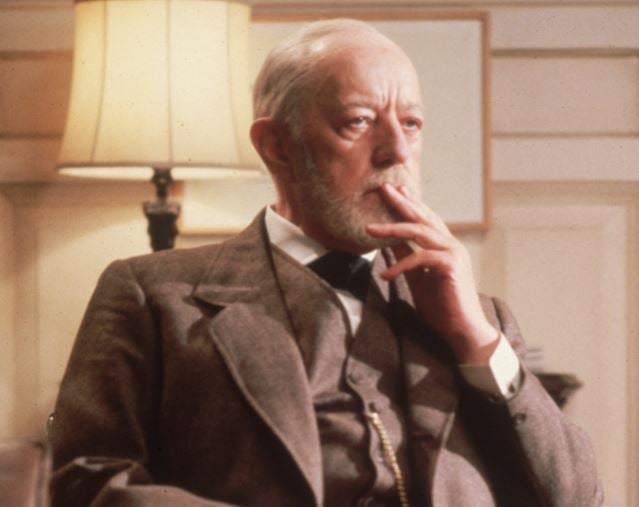 This Obi-Wan like savvy made Alec Guinness one of the highest paid English actors of all time. Dennis van Thal, Alec Guinness's agent at the time, struck a deal in which Guinness would receive two percent of all gross royalties paid to George Lucas. Lucas' deal was that he would forego his directing fee in exchange for a fifth of the box office gross. Star Wars would eventually gross more than $750 million dollar worldwide.

So how much did this brilliant maneuver put into Sir Alec's bank? Thanks, especially, to the re-release of Star Wars in the 90s, Alec Guinness and his estate have earned more than $95 million from Star Wars. Guinness died in 2000, but because of his epic Star Wars deal, his estate has continued to earn millions through royalty checks, licensing and merchandise sales. To put this into perspective: Alec earned more money playing Ob-Wan Kenobi than he had previously earned from his other 40 major film roles… combined, including his Oscar winning role in The Bridge on the River Kwai.

Many of the actors and crew that worked on Star Wars were offered similar percentage deals, but turned them down, preferring to take the cash and move on. This is a move these people must have come to deeply regret. Even James Earl Jones, the voice of Darth Vader, only made $7,000 for his part in the film. Jones has admitted in recent interviews that rejecting points cost him "tens of millions of dollars." Ouch.

It is said that the re-release of Star Wars in 1997 earned Guinness his  highest salary to have ever been paid for a single movie. Considering the massive popularity of that re-release and the inflation of movie ticket prices, that doesn't seem all that far-fetched. Sir Alec Guinness may have been skeptical about the viability of Star Wars, but the deal he struck is one that Obi-Wan Kenobi can be proud of. That was a Jedi move, if ever there was one.