By Brian Warner on November 12, 2013 in Articles › Entertainment

A recently departed Michigan woman who wore secondhand clothes, didn't own a car and lived in a modest one bedroom house, has left a local college the surprise of a lifetime. Grace Groner, of Lake Forest Michigan, was known around town as a nice old lady who did not have any children or grandchildren but had lots of friends and loved her alma mater, Lake Forest College. Groner, who was over 100 when she died, was a fixture every football game and various other alumni events. Towards the end of her life, this woman of presumably modest means pledged to make a contribution to the school upon her death. To the absolute shock of Lake Forest College's president and the community at large, that contribution turned out to be $7 million, the result of a brilliant $180 investment made by Ms. Groner in 1935. This story will brighten your day and blow your mind! 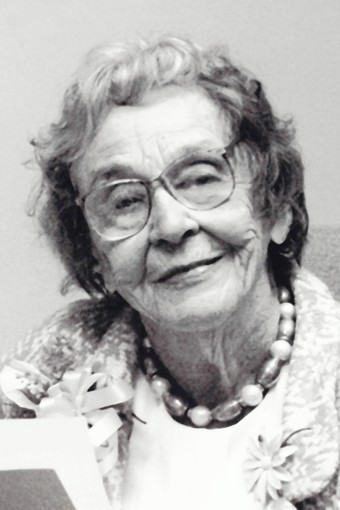 Grace Groner was born on April 4th, 1909, in the rural farm town of Lake Forest Michigan. By the time she was 12 years old, both her parents had died. Grace and her and twin sister Gladys were adopted by a prominent local businessman and family friend named George Anderson. Anderson paid for both girls to attend Lake Forest College where, they graduated in 1931. Upon graduation, Grace Groner got a job as a secretary at pharmaceutical firm called Abbott Laboratories. Grace would go on to work at Abbott for 43 years.

In 1935, Grace inadvertently made what might be one of the most lucrative and luckiest investments in history. At 26 years old, Grace took every penny she had saved in the world, roughly $180, and three $60 shares of Abbott preferred stock. FYI, $180 in 1935 is worth roughly $3000 in 2013 inflation adjusted dollars.

Over the next 75 years Abbott Laboratories' stock split dozens of times. When a stock splits, you get twice the number of shares for half the price so for example three $60 shares becomes six $30 shares and so on… Today, Abbott Labs has grown into one of the largest pharmaceutical and health care conglomerates in the world with over 90,000 employees, nearly $40 billion in annual revenue and $60 billion in assets.

Meanwhile, Grace Groner never sold her modest $180 investment. As the company grew into a pharmaceutical behemoth, Grace's became very valuable. How valuable? At the time of her death, that $180 investment had ballooned to an astounding $7 million!!! That's an unbelievable 39,000 times her original investment. For some perspective, if she had invested that same $180 in the S&P 500 in 1935, her account would be worth $27,360 today. Still an impressive return, but $180 to $7 million is a truly out of this world windfall.

Needless to say, Lake Forest University's president was shocked when Grace's lawyer delivered the massive check. He was aware that Ms. Groner was planning a contribution but he had no idea how a woman who lived such a modest life was a secret multi-millionaire.

The money is expected to earn $300,000 a year in interest alone which will all go to providing students with scholarships and internship opportunities abroad. This donation is especially meaningful considering 75% of the students at Lake Forest are on some form of financial aid. Grace also donated her house which will be converted into a small dorm for women known as "Grace's Cottage".

Pretty inspirational story all around. Grace was truly a one of a kind wonderful human being. And you're thinking living like Grace, invest $3000 in something today and if you're lucky in 75 years you'll have $116.66 million to donate to your favorite cause!