By B. George Young on October 3, 2015 in Articles › Entertainment

A $15 million Picasso painting has finally been found after almost 15 years. The painting, titled La Coiffeuse or The Hairdresser, disappeared from a French storage room back in 2001 and was just recovered in New Jersey, of all places. The classic piece of artwork is headed back to Paris to be put on display.

Somehow, authorities were able to find the proverbial needle in a haystack when they found the Picasso in a package sent from Belgium to New York. The package was labeled "Happy Christmas" and marked as having a $37 value for customs. The Hairdresser was painted by Picasso back in 1911 and was last on display in Munich in 1998. The painting officially belongs to the French national collection.

Loretta Lynch, currently U.S. Attorney General, was U.S. Attorney for the Eastern Division of New York when she filed a civil suit for the expensive piece of art to be returned to France and was quoted as saying that "A lost treasure has been found." The piece had some minor damage and needed to be restored to its original glory. The Hairdresser will have a new home at the Pompidou Center museum and it was unveiled before a U.S. ambassador and a top French government minister. 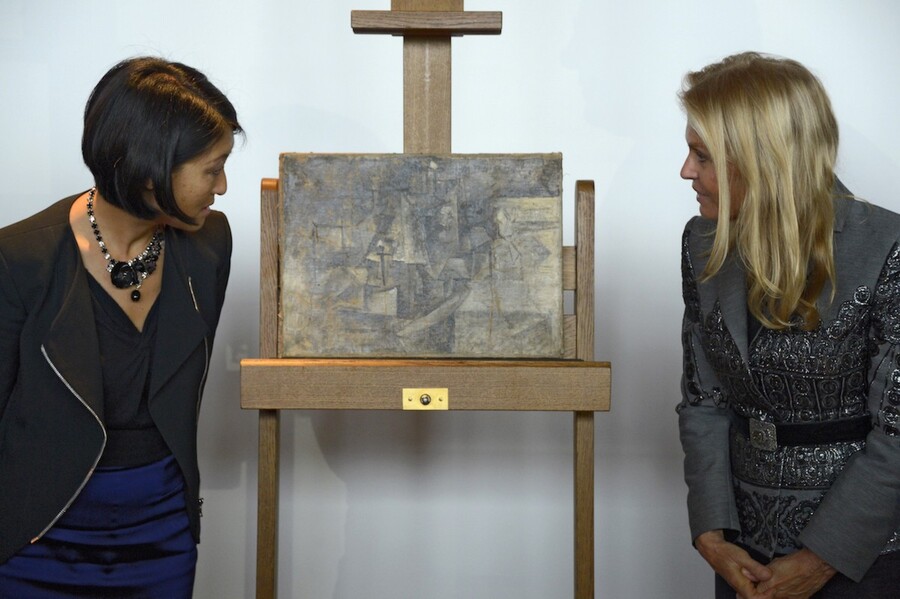 An investigation is still underway regarding who sent the package, as well as how it was originally stolen. The work of Pablo Picasso is the most often stolen in the world, thanks in part to his valuable works, recognizable signature, and sheer volume of paintings. In fact, the Art Loss Register reports that there are almost 1,300 missing Picassos around the world!

In 2009, one of Picasso's sketchbooks, said to be worth almost $9 million, was stolen from a museum in Paris. Two years later, someone was bold enough to march out of a San Francisco art gallery holding the painter's 1965 pencil drawing, Tete de Femme, under his arm. The thief was caught within 24 hours, and authorities ended up finding another Picasso at his apartment.

Picasso is also credited with rendering the most expensive painting ever sold; his Nude, Green Leaves and Bust went for $106.5 million in 2010 by Christie's auction house. Back in 2004, his Boy with a Pipe (The Young Apprentice) went for almost as much at $104.1 million. While The Hairdresser would not likely fetch nine figures, it is a valuable piece of art history that has rightfully been returned to where it belongs.