By Amy Lamare on October 7, 2018 in Articles › Entertainment

The U.S. doesn't have a royal family, but it does have plenty of family dynasties with heirs and heiresses in line to inherit the enormous family fortunes of the biggest brands. From media, to fashion, to tech, these 15 sons and daughters of billionaires and multi-millionaires are due to inherit the fortunes their parents (or in some cases, grandparents, great great grandparents, etc.) built. Some, like Alexa Dell, daughter of Michael Dell, are poised to inherit most of her dad's fortune from Dell Technologies, which has only been around for about three decades. Others, like Lydia Hearst and Ariana Rockefeller, are set to inherit family fortunes that date back generations.

Below, meet 15 heirs and heiresses to some of the biggest brands in America.

Georgina Bloomberg is the heiress to the $56 billion Bloomberg fortune. Her dad is Michael Bloomberg, former mayor of New York City and founder of BloombergLP, a financial news and information services media company. The 35-year-old is an accomplished equestrian, animal rights activist, and novelist. 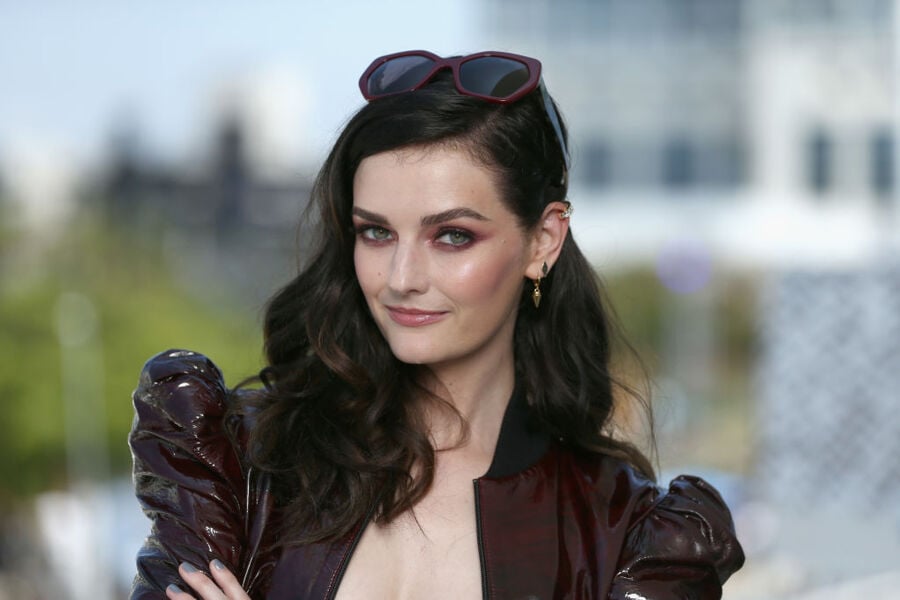 Peter Brant II's dad, Peter Brant Sr., is the billionaire chairman and CEO of White Birch Paper. Peter shares the fortune with his siblings Harry and Lily. The 24-year-old is a socialist and model. He also has a $1 million net worth of his own from a unisex makeup collection he and his brother created for M.A.C. His mother is super model Stephanie Seymour.

Alexa Dell is the daughter of Michael Dell, who founded Dell Technologies in the 1980s. She is the heiress to her dad's $21 billion fortune. The 24-year-old is engaged to Harrison Refoua, who is a millionaire real estate investor Her engagement ring is reportedly a 12-carat diamond ring worth $3 million.

Megan Ellison has inherited about three million shares of Netsuite and 900,000 shares of Oracle from her father Larry Ellison. Larry, of course, is the founder and CEO of Oracle and has a net worth of $58 billion. Megan, 32, is a film maker who founded Annapurna Pictures. She has produced a number of films including Zero Dark Thirty and American Hustle.

Lydia Hearst is the 33-year-old great granddaughter of media mogul William Randolph Hearst. Her mother is Patty Hearst, best known for being kidnapped by the Symbionese Liberation Army in 1974. She was arrested for her role in a bank robbery committed by the terrorist group.​ She was sentenced to seven years in prison, serving 22 months. Lydia shares the Hearst family fortune with 67 family members. She is a model, actress, writer, and socialite. She is married to former Talking Dead host Chris Hardwick, who was recently accused by his ex-girlfriend of years of physical and verbal abuse.

Ally Hilfiger is the daughter of fashion designer Tommy Hilfiger and heiress to his $400 million fortune. She was on the MTV reality show Rich Girls. The 33-year-old produced a movie and wrote a book based on her battle with Lyme disease.

Abigail Johnson is the heiress to her grandfather's company Fidelity Investments. The 57-year-old owns more stake in the company than her two siblings. She has 24.5% compared to their 5% each. The family fortune is worth $28.5 billion. Abigail has her own fortune of $12 billion.

Travis Knight is the 45-year-old son of Nike founder Phil Knight. He is a successful filmmaker and animator. He is in charge of a trust that controls 38 million shares of Nike stock. Nike is the most valuable fashion brand in the U.S. His father has a net worth of $29 billion.

Aerin Lauder, 48, is currently the image and style director of Estee Lauder, the cosmetics empire founded by her grandmother. She is in line to inherit the family fortune alongside her 45-year-old sister Jane, who is the global brand director for Clinique.

Dylan Lauren is the 44-year-old daughter of Ralph Lauren and a successful entrepreneur in her own right. As the founder of Dylan's Candy Bar, she has amassed her own $50 million fortune. Her father has a net worth of $8.2 billion.

Victoria Mars and her three sisters are the heiresses to Mars Inc. The Mars family fortune is worth $90 billion. She has an 8% stake in the company and sits on the board of directors for the family business.

James Murdoch is the 45-year-old son of media mogul Rupert Murdoch. He has worked in a number of positions in News Corp companies, such as CEO of 21st Century Fox. He has a personal net worth of $500 million. His father has a net worth of $13 billion.

When Lynsi Snyder turned 35 in 2017, she inherited the remaining 50% of In-N-Out. She inherited the first half on her 30th birthday. Her parents opened the popular burger chain in 1948. Lynsi has a net worth of $1 billion.