We all know Robert DeNiro, Will Farrell, and George Clooney for their acting chops. We know Magic Johnson and Serena Williams for their athletic prowess. We know Beyoncé, Bono, Jay-Z, and Nas for their musical talent. But, did you know that they are just a few of the celebrities who own business empires completely separate from their entertainment careers? Sometimes, the side businesses of celebrities become what they are better known for. Often, these businesses last longer than careers in entertainment. Let's take a look at 12 celebrities who own business empires.

It's hard not to root for Magic Johnson, especially if, like me, you're from Los Angeles. He is a beloved sports hero, a legend in the NBA, and a savvy businessman. He founded his investment company Magic Johnson Enterprises in 1987. His mission is to strengthen urban and under-served communities. Over the years he's done deals with Pepsi, Sony Entertainment (to create Magic Johnson Theatres), T.G.I. Friday's, 24 Hour Fitness and more. In 2010 he sold his stake in the Los Angeles Lakers and his 125 Starbucks stores for $100 million. Then, in 2012, he shelled out $50 million to become co-owner of the Los Angeles Dodgers. 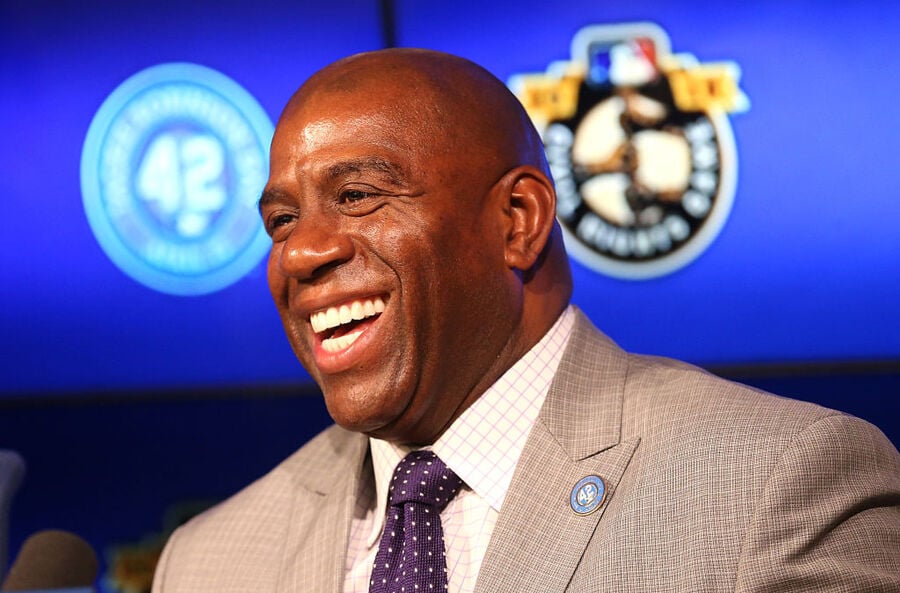 Robert DeNiro is one of the best actors of our time. He is a legend. He is also involved in a restaurant brand that it also legendary. DeNiro is one of the investors in Nobu Restaurants, which are the idea of acclaimed chef Nobuyuki Matsuhisa. DeNiro, Matsuhisa, and their partners launched Nobu Fifty Seven in 2005. Today the Nobu Restaurants group has more than 30 locations worldwide. The valuation of the restaurant and hotel brand is estimated to be worth half a billion dollars.

It is almost impossible not to mock Gwyneth Paltrow and her lifestyle brand Goop a little bit. But while we were all making fun of the A-list actress for hawking ridiculously expensive t-shirts and knickknacks, Paltrow was busy convincing investors that it is a worthwhile business. She's raised $20 million in venture capital since beginning Goop as a personal newsletter in 2008. There's some question as to whether or not Goop is profitable, but its e-commerce business is growing steadily, giving Gwyneth the last laugh.

Jessica Alba co-founded The Honest Company in 2011. The company sells nontoxic household products and is known for its Honestly FREE Guarantee that promises to tell customers the origins of the products. In 2015, The Honest Company was valued at $1.7 billion. Recently the brand has been hit with lawsuits alleging that its marketing was not as honest as it claimed.

Beyonce's Ivypark line of active wear is a booming business. But it is her $150,000 investment in Sidestep, an app that offers access to concerts and merchandise that has the tech industry paying attention. To date, the app has raised $1.7 million in capital and had $2 million in sales last year—ten times the amount as the year before.

Bono's private equity company is named after the U2 song "Elevation." The company has invested $1.76 billion and has a 12% rate of return. Bono has invested in technology companies including Facebook and Yelp. Elevation Partners made $1.4 billion from its Facebook investment alone.

Director Francis Ford Coppola has given us unforgettable cinematic classics like The Godfather Trilogy, The Outsiders, Apocalypse Now, and Patton. He is an Academy Award winner, a well-respected writer, director, and producer. Today he is producing some of California's best known and well regarded wines. He bought an estate in Napa Valley about 45 years ago and turned it into a profitable winery. Basically, in 1972, Coppola and his wife Eleanor started to check out real estate in Napa Valley because they were looking for a summer house. Coppola's real estate agent brought them to see the mansion of Gustav Niebaum, the man who had founded Inglenook Winery in 1879 in Rutherford, California. Coppola bought it with the profits from The Godfather. That was for just the house and adjacent land. It would be 20 more years before he was able to buy the grapes too. Once he started making wine, it took off immediately.  The first year the Coppola diamond collection wines did $9 million in sales. Four years later they sold $60 million dollars in wine. By the late 2000's, Coppola's wine empire was earning $500 million in revenue per year.

George Clooney teamed up with Cindy Crawford's husband Rande Gerber, went out and found a master distiller and got to work creating their own brand of tequila. Originally, it was designed just for Clooney and the Gerber-Crawfords, but they started selling it commercially in 2013. Oprah Winfrey called it her favorite tequila.

Nas' last album came out in 2012. These days he's investing his money rather than making music. His firm QueensBridge Venture Partners invests $100,000 to $500,000 per investment. The firm typically chooses 20 companies per year to invest in. Some of the companies Nas has taken a chance on are Lyft and Dropbox.

Serena Williams dominates on the tennis court and the fashion runway. She designs her own clothing line for HSN that debuted at New York Fashion Week and, as a result, Williams is being mentored by legendary Vogue editor Anna Wintour. The line features tunics, fringed jackets, and more and sells for $30 to $70. Alongside her sister Venus, she also has stakes in The Miami Dolphins and Ultimate Fighting Championship.

Will Ferrell has been making us laugh for decades, so it is only fitting that he is one of the founders of the comedy-video website Funny or Die. The site hosts user-generated content as well as content from celebrities. Popular Funny or Die titles include "Between Two Ferns" and "Donald Trump's The Art of the Deal" the Movie." In 2015, Funny or Die was valued at $200 million. However recently the company went through a round of layoffs.