The 12 Best Bargains in the NBA

By Joey Held on October 28, 2013 in Articles › Entertainment

In case you hadn't noticed, a career in the NBA can be incredibly lucrative. First off, most, if not all contracts are guaranteed which means that even if you get hurt you get paid 100%. Secondly, the average salary in in the NBA is $4,510,289 which is roughly $3 million more than the equivalent in the NFL. Kobe Bryant alone is getting paid over $30 million to mostly rehab his Achilles this year. It goes without saying that a team hopes its expensive studs produce, but it's also possible to find some diamonds in the rough. And often the teams that can find diamonds in the rough are the ones that are generally most successful. Let's take a look at some of the best bargains in the NBA… 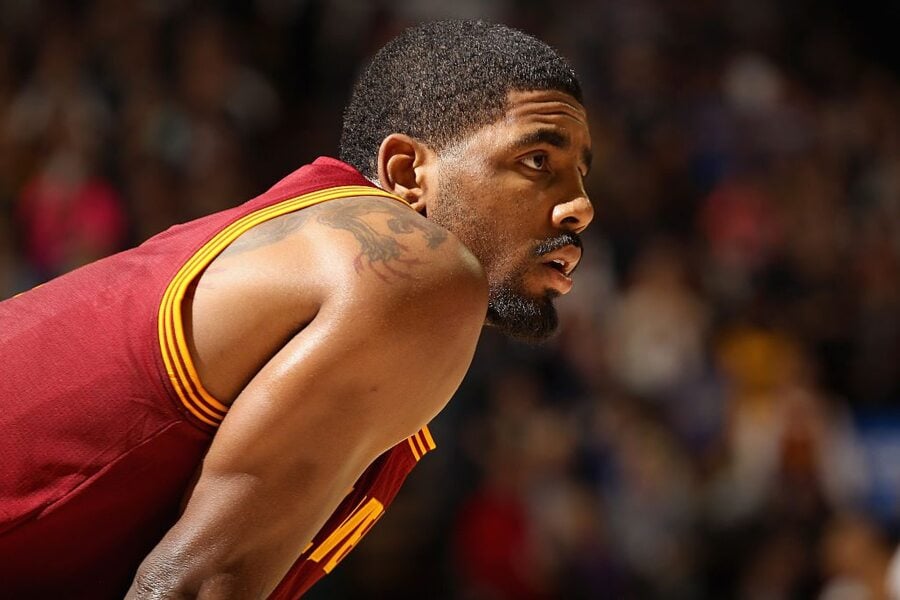 The 2012 Rookie of the Year has averaged 20.6 points and 5.7 assists in his first two seasons, with a Player Efficiency Rating of 21.5. The league average for PER is 15–Irving's surpassed that in both of his seasons, and he should only improve with some legitimate talent around him.

You can call him a headcase all you want, but the big man has increased his point, rebound and steal totals every year. He's nearly averaging a double-double for his three-year career. Imagine if he wasn't in the black hole that is Sacramento–he'd be a legitimate Top 5 center.

Lillard was an absolute steal as the sixth pick of last year's draft. He won the 2013 Rookie of the Year on the strength of 19 points, 6.5 assists and 2.3 threes per game. Each trey cost the Blazers just a shade over $17,300, and with fellow small-college standout C.J. McCollum joining Lillard and Wesley Matthews in the backcourt, Portland should be one of the most exciting teams in the league to watch.

Bledsoe has always been a backup in the league, but he'll finally get his shot in rebuilding Phoenix. His numbers last year per 36 minutes were pretty fantastic: 19 points, 5 rebounds, 5 assists and 2.5 steals. Will he thrive as a starter in Phoenix or is he better suited as a spark plug off the bench? That still remains to be seen, but it really can't get much worse for the Suns, and at Bledsoe's salary, he's a steal. 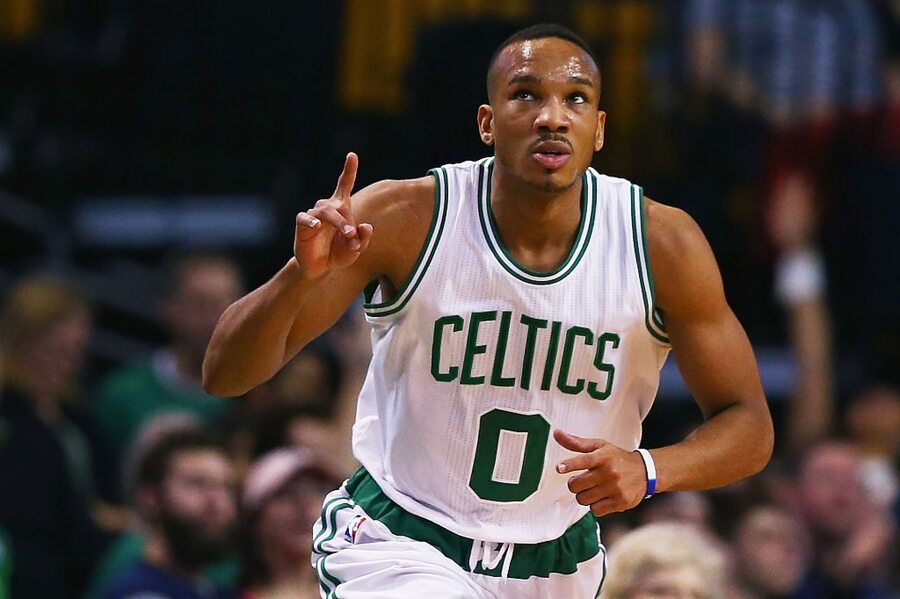 This one is more of a projection, as the Celtics are so thinly spread for talent that Bradley will have to play 35+ minutes every night. The defensive stopper was more offensive (in that he wasn't good) toward the end of last year, but for the upcoming season, he's healthy and will be called on to produce. If that happens, he'll be a nice little bargain at $2.5 million.

Paired with Josh Smith and Greg Monroe, the Pistons are going to be one of the longest frontcourts in the NBA. Whether that proves to be a positive thing is still unknown, though Drummond will certainly continue to get better. The big man shot nearly 61% (about $40,400 per percentage point) from the field last year, and he averages 14 points and 13 rebounds per 36 minutes. The only problem? He's missed 100 more free throws than he's made. And he's only made 59. Even someone who stinks at math can figure out that's terrible. Expect to see "Hack a Drummond," a.k.a. "Bang on the Drummond" in full force.

Leonard had his coming out party in the 2013 playoffs, but he's always been the typical Spurs player: gritty, hard-nosed, and someone who puts the team before individual stats. He couldn't have ended up in a better place than San Antonio, and the Spurs couldn't have gotten him for much cheaper. He guards the best players on the opposing team, and for a guy whose natural position is shooting guard, he's an incredibly gifted rebounder, racking up double digit boards in nine of 21 playoff games. He was good for 6.2 win shares last year, and should only improve in year three.

From one undersized superb rebounder to another, the Manimal averaged over 9 boards a game while playing under 30 minutes per contest. Faried's improved offense contributed to nearly eight wins more than expected in 2012-13. It'll be interesting to see how he adapts to a new coach, but things are looking up for Faried.

Injuries thrust the Butler into the spotlight last season, and he just may be the shooting guard the Bulls have always lacked since His Royal Airness. A terrific defender, Butler saw his offensive game grow by leaps and bounds—mostly be necessity, as the Bulls were abysmal offensively without Derrick Rose. But still, it's an encouraging sign, and Bulls fans have to be excited by efforts like 21 points and 14 rebounds in the Game 1 win against Miami in last year's Eastern Conference Semis.

Another guy who impressed in the 2013 playoffs (noticing a trend here?), Stephenson is someone you love if he's on your team, but otherwise hate him. He's tireless in his defensive work ethic, allowing just about a point per possession, which helped the Pacers become the NBA's most efficient team defensively. He'll do one or two things per game that make you really shake your head, but when he's playing under control, he's a fantastic bargain.

The former Florida product is one of the most underpaid players in the game, as all signs point to him joining Dwight Howard and James Harden as the new "Big Three" in Houston. With a true shooting percentage of 58%, Parsons is deadly from three point range, a solid rebounder, and a fairly prolific passer for a bigger guy. Now that the Rockets have an offensively competent big down low (sorry, Omer Asik), the sky's the limit for Parsons.

Despite being a tweener at 6'7″ and 230 pounds, Draymond Green is someone every GM would love to have on their team. He's got deft touch as a passer from the post, and his per 36 numbers in the playoffs (11.3 /8.2/3.1) suggest he's just reaching the tip of his potential. On a team that's made a living out of playing small ball, Green is the perfect fit. 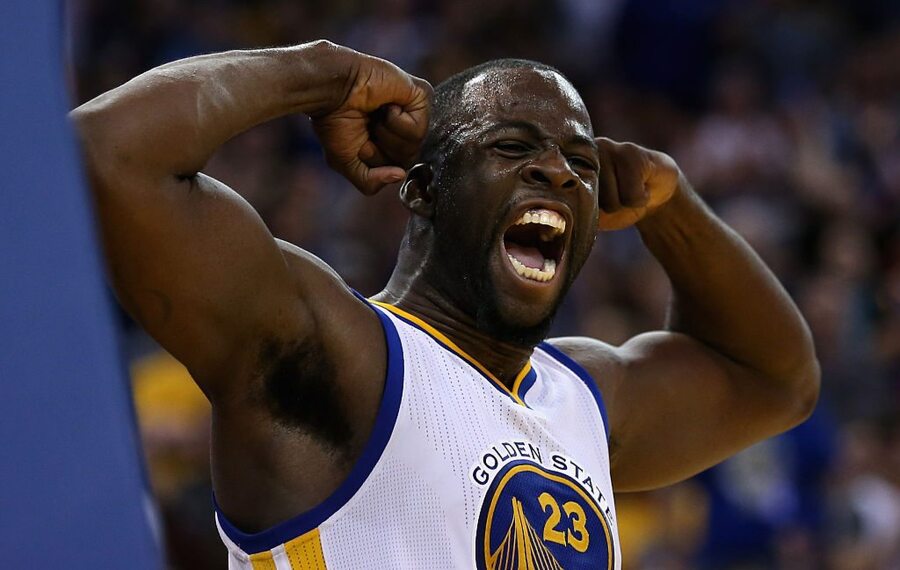