After taking part in one of the world's biggest jewel heists in history, the suspects of that robbery are finally facing the music. Eight men recently went on trial for stealing over $113 million worth of jewelry in Paris, back in 2007 and 2008. The men stole jewelry from Harry Winston that included luxury watches, earrings, and necklaces. Even though the men have been caught, many of the jewels have still not been recovered. These men are being charged with robbery in an organized gang, receiving stolen goods, and association with a criminal enterprise.

The first heist they pulled off was in 2007. Four of the men disguised themselves as building painters, to enter the Harry Winston store near Champs-Elysees through the service entrance. From there, they tied up the staff and stole 360 watches, including 120 extremely valuable ones. 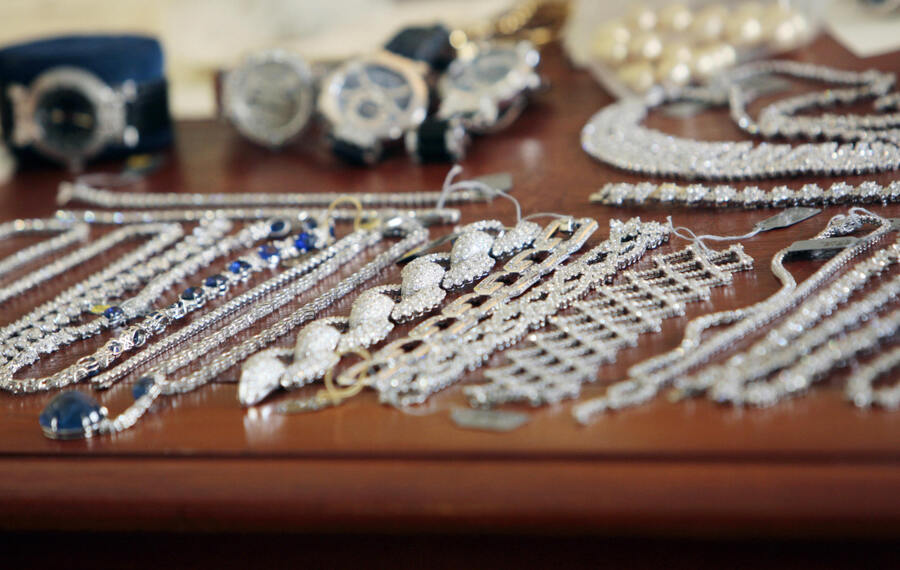 One year later, four men pulled off nearly the same exact heist. Three of the men were dressed as women. Instead of wearing masks and jackets, they wore wigs, skirts, high heels and stockings. They walked right through the main store entrance and took almost 300 pieces of jewelry, including over 100 watches. It all went down in less than 20 minutes.

The heists were partially an inside job. One of the store's security guards is believed to have participated in some way. The ringleader of the group was Douadi Yahiaoui, who has already been in prison for several years for drug convictions. Authorities were able to tie the two robberies together pretty easily. The group of defendants range from 28 to 59 years old, and some are repeat offenders.

In a 2009 sweep, police rounded up 25 suspects and found some of the stolen jewels. Two years later, $20 million worth of rings and earrings were found in a Paris-area rain sewer near Douadi's house.

One of the biggest jewel heists ever, took place in 2006, when an unconfirmed number of jewels worth about $118 million were stolen. The reason it is difficult to confirm the number is because many of the stones were uncut. This heist took place in the Schiphol airport in Amsterdam. The Antwerp Diamond Heist, which has been called the heist of the century, took place in 2003, in Antwerp, Belgium. Over $100 million worth of diamonds, gold, and other items were taken from the center of the gem district. The Antwerp heist was the largest diamond heist in history until the 2006 Schiphol heist. That's a lot of bling-bling!