The 11 Most Overpaid Players In The NBA

By Joey Held on October 27, 2013 in Articles › Entertainment

You may not know this, but playing in the NBA is quite lucrative. Not only are NBA salaries some of the largest in the sports world, but they are all 100% guaranteed. That means, even if you get cut, your team is still on the hook for your whole salary. Going into the 2013-2014 season, the average professional player makes a whopping $4,510,289 a year. Compare that to NFL players who earn an average of $1.9 million (none of which is guaranteed). Not too shabby for NBA players, right? Obviously, though, some players make more than the average. And some of these highly paid players, to put it nicely, don't deserve even a tenth of what they "earn". When your DNPs outweigh your points, you know there's something wrong. Here's a look at some of the most overpaid players in the league going into the 2013-14 NBA season. 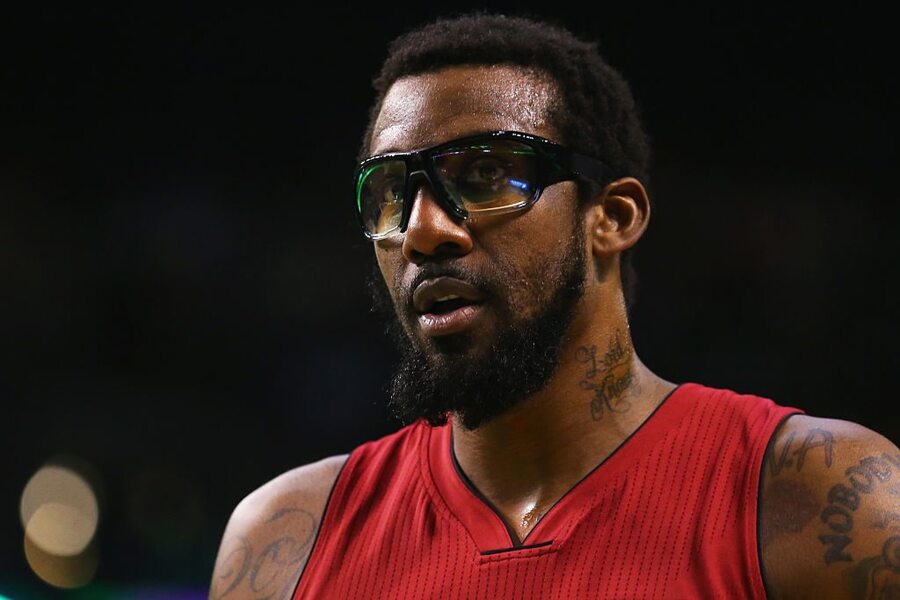 Amar'e Stoudemire used to be one of the most productive scorers in the NBA, especially back in his glory days playing for Phoenix. He's averaged nearly 22 points and nine rebounds a game, which is hardly something to sneeze at. However, he hasn't seen those glory days since he punched a fire extinguisher a few years back, yet he's still getting paid like an elite piece of a championship team, despite the fact he's shaping up to be a bench player for a Knicks team that's very likely to decline this year. Last year, Stoudemire played in barely a third of his team's games, earning nearly $688,000 per game. He's not playing terribly when he is on the court, but it's so infrequent that he doesn't warrant such a high salary–4th highest in the league, in fact.

Another player being paid like a franchise savior, Johnson has proven to be anything but. Since bolting Phoenix to be "the man" in Atlanta in 2005-06, he hasn't gotten a team out of the second round of the playoffs, and in fact, his numbers have often declined in the postseason. It'll be interesting to see how he meshes with new additions Kevin Garnett and Paul Pierce, but for a supposedly elite scorer, you'd like to see Johnson put up a field goal percentage better than 42%. Last year, each point cost the Nets almost $17,000.

Gordon is generally regarded as one of the top shooting guards in the league, but he simply can't stay healthy. Outside of his rookie season, he's missed at least 20 games a year, and since the start of the 2011-12 season, he's only played in 51 of a possible 148 games. Since arriving in New Orleans in 2011, Gordon has contributed just 1.8 extra wins, and is shooting a pedestrian 41%. And his three-point shooting has been even worse–each made trey costs the Hornets a shade over $244,000.

Gordon has made a fantastic career out of coming off the bench while earning starters' minutes. Of course, more people would argue it's how much you play rather than if you start or not, but Gordon can't even defend that claim very well. He averaged less than 21 minutes a game for the Bobcats last year, meaning Charlotte paid him just around $7950 a game. Gordon "rewarded" the hefty price tag with a 12.7 Player Efficiency Rating. For comparison's sake, the league average is 15. 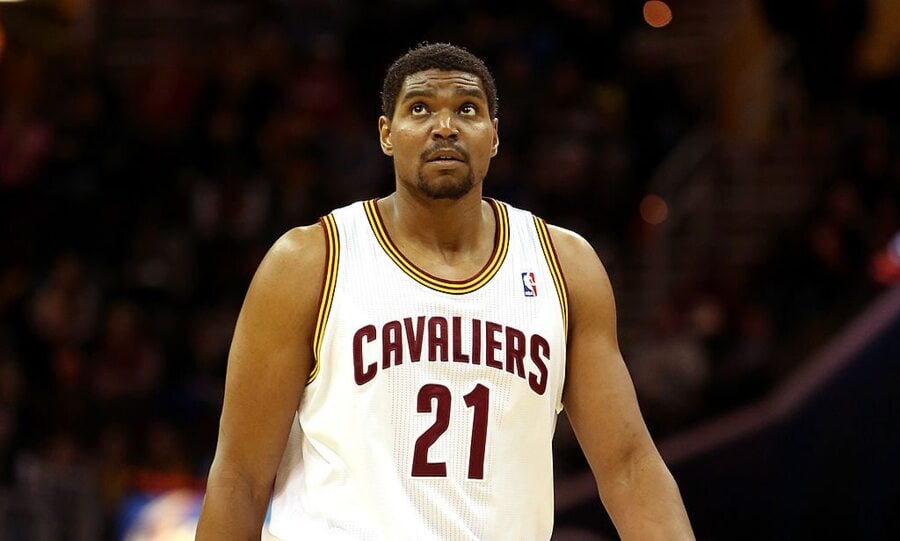 Bynum made more headlines last year for his crazy hairstyles and injuring himself while bowling than anything he did on the court. That's because he didn't play a single minute. The 76ers traded for him last year, paid him almost $17 million to sit on the bench all year, and then promptly cut him. The Cavs swooped him up and are still paying him a hefty sum, though to be fair, they've given themselves an out: if Bynum is waved before January 7, he'll only earn $6 million of his $24.9 million contract over the next two years. He better prove he's healthy if he wants to earn that big payday.

Remember those two years Hedo Turkoglu was really good and helped the Magic reach the conference and then NBA Finals? That has to be one of the greatest coups in the history of the NBA. He's fallen a long way since those glory years, bouncing around the league and finally coming back to the Magic, much more out of shape. Each game he played last year cost the Magic over $1,074,000, and he shot an absolutely abysmal 26% from the field. Let's hope he can at least bounce back to his pedestrian 2011-12 numbers (12.5 points on 41.5% shooting), or else his ability to procure a contract despite repeated terrible performances really will be magic.

Humphries is probably one of the most well-known NBA players, in large part thanks to his short-lived marriage to Kim Kardashian. Alas, his on-court prowess isn't anything to write home about. With the Nets last year, he averaged just 5.8 points and 5.6 rebounds. Each shot he took cost about $38,700. Definitely not worth it. But hey, maybe a change of scenery in Boston will help. After all, the Kardashians don't visit there as much. 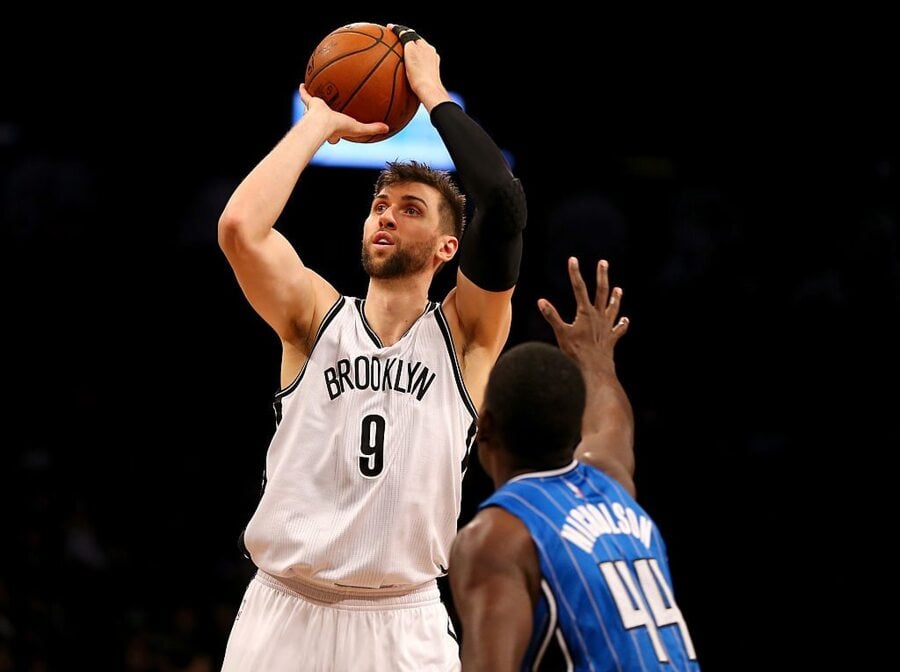 This man is seven feet tall, yet has never averaged more than 6.3 rebounds a game, and seems to be allergic around the rim. Just last year, he missed more than half his team's games and shot below 40%. Remember, he can reach up and touch the rim without much effort, and didn't even make four out of ten shots. He got dealt to the Knicks in the offseason, so maybe the new locale will do him good. Or maybe Spike Lee will be pawning off his season tickets by December.

Jefferson's been proving over the past few years that having a "veteran presence" on a team can be a viable path to riches. After several solid seasons in New Jersey, the swingman has bounced around multiple teams, most recently Golden State last year. He poached the warriors of over $10 million, and is now doing the same to Utah this year. And with dreadful efficiency numbers like a 10.3 PER and a turnover rate frighteningly close to his career high despite being used about half as much, the Jazz better hope that veteran presence comes in handy off the court, too.

There's nothing quite as comedic as watching Andris Biedrins attempt a free throw. The big Latvian has never been great from the charity stripe, but he's been incredibly awful over the past four years, shooting a mind-boggling 24%. Or, to put it in more frightening terms: each free throw that Andris Biedrins has made over the last four seasons has cost the Golden State Warriors just shy of $1.9 million. If I got paid almost two million dollars to make one free throw, well, I'd be a happy man. Especially if I got 9 tries to do it, as Biedrins did when he shot 1 for 9 in the 2011-12 season. At least he's averaged almost 12 rebounds a contest for his career, because his shooting from beyond four feet from the basket is absolutely dreadful.

Fields' salary is more modest, but it's still quite a reach for the level of talent he's put out on the court in the last two years. After a successful rookie year, the Knicks saw Fields hit a sophomore slump, and the Raptors signed him to a big contract last year. Peculiarly, he's lost the urge to even attempt three-pointers, as he shot just 14 last season, compared to 219 in his rookie year. And with just two successful tries, each three cost the Raptors $3,125,000. I don't know what that converts to in Canadian dollars, but it ain't worth it.