11 Dancers Who Leaped to Hollywood Stardom and Much Bigger Paychecks

By Paula Wilson on March 15, 2014 in Articles › Entertainment

Becoming a great performer requires a great deal of practice.  Reality shows would have us all believe that someone can become a star overnight.  However, if you look back at most of the successful contestants' histories, 99% of them have been working towards a career in their chosen field since they were in diapers.  For dancers, this is especially true.  Unfortunately, due to the rigors of the profession, and the body requirements, a dancer's career can be over almost as soon as it begins.  It's also an incredibly expensive vocation, with the cost of classes, shoes, clothing, and any injuries, all falling on the dancer.  In Hollywood, there are a surprising number of actors who began their career as dancers.  They made the leap to acting work for various reasons, but the choice netted them all widespread fame, longer careers, and much larger paychecks.  Not to mention the fact that they avoided hip replacement and knee surgery.  Here are 11 actors who sashayed their way from the dance studio to the movie studio… and just how much money they made as a result. 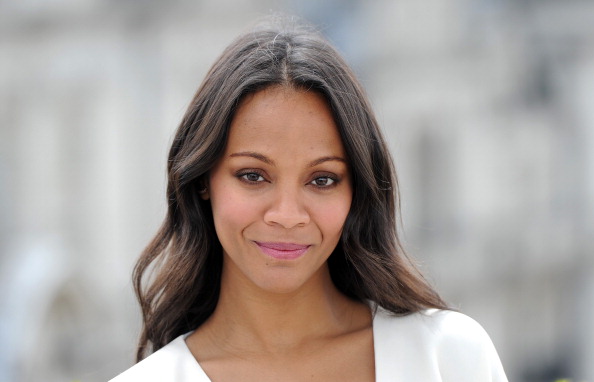 Before she was busy kicking butt in films like "Star Trek", "The Losers", and "Avatar", Zoe Saldana was, well, just kicking.  She was a student at the well-respected ECOS Espacio de Danza Academy in the Dominican Republic, where she lived for six years. She took daily ballet, modern, and jazz classes.  After moving back to the US, she shifted her focus to musical theater.  She landed her first major role in the 2000 film, "Center Stage".  The movie was about, what else, struggling ballet dancers.  It was only up from there.  Her net worth as an actress is currently $14 million.

Lea Thompson made it to the big time in the world of dance.  She began dancing when she was in elementary school, and by age 14, she was winning scholarships to major dance schools.  She went on to study at the schools of American Ballet Theatre, San Francisco Ballet, and Pennsylvania Ballet.  From there, she danced in multiple companies – including Pennsylvania Ballet, Minnesota Dance Theatre, Ballet Repertory, and American Ballet Theatre.  She was considered a dancer to watch.  Then famed dancer,  Mikhail Baryshnikov, who was then the artistic director of American Ballet Theatre, told her that her body type was wrong.  "Beautiful dancer, but too stocky", he said.  She shifted her focus to acting and went on to earn legions of fans in film and television projects like "Back to the Future", "All the Right Moves", "Some Kind of Wonderful", and the hit sitcom, "Caroline in the City".  Her net worth as an actress is $14 million.

Like Lea Thompson, Mia Wasikowska started dancing as a child and showed real talent early on.  By age thirteen she was going to school full-time and dancing as much as 35 hours per week.  However, bone spurs and the pressure to be perfect finally proved to be too daunting.  She chose to shift her focus to acting while she was in high school, and began working almost immediately.  She broke out appearing on the series, "In Treatment" in 2008.  She has since starred in such films as "Defiance", "Amelia", "Alice in Wonderland", "The Kids Are Alright", "Jane Eyre", and "Stoker", and has projects lined up through 2015.

Before she was a big deal movie star married to fellow actor Michael Douglas, Catherine Zeta-Jones was a musical theater darling.  She began training to be a triple threat when she was a child, and went on to dance, sing, and act in professional productions of "Annie", "Bugsy Malone", "The Pajama Game", "42nd Street", and the opera, "Street Scene", among other projects.  She shifted her focus to acting for film in the early 90s, and subsequently took Hollywood by storm.  However, she has since returned to her musical theater roots to great acclaim, winning an Oscar for her performance in the film version of "Chicago", and a Tony Award for her work in the Broadway revival of "A Little Night Music".  She currently has a net worth of $45 million.

Penelope Cruz began dancing when she was in elementary school.  She spent nine years totally focused on the art form, going on to land a spot at Spain's prestigious National Conservatory.  She spent three years there and went on to study theater in New York.  By her mid-teens, however, she had realized that acting might be more her calling, and she shifted her focus.  She booked work almost immediately, first gaining notice when she was hired to host the teen Spanish talk show, "La Quinta Marcha", when she was sixteen.  She has gone on to a very busy career in both the US and Spain, and won an Oscar and a BAFTA for her work in "Vicky Cristina Barcelona".  Like Catherine Zeta-Jones, she also returned to her dance roots recently, performing a standout number in the movie musical, "Nine".  She currently has a net worth of $55 million.

Zhang Ziyi has become known to American audiences for her incredible work in martial arts films like "Crouching Tiger, Hidden Dragon", "Rush Hour 2", and "House of Flying Daggers".  Amazingly, she's not trained in martial arts!  Instead, the actress is an accomplished dancer, who began studying dance when she was in elementary school.  She went on to study at the prestigious Beijing Dance Academy, and subsequently won the National Youth Dance Championship.  However, instead of parlaying her win into a dance company job, she turned it into work in television commercials.  She subsequently graduated from the Central Academy of Drama, and has been working steadily in film projects in Asia and the US ever since.  She currently has a net worth of $100 million.

Jamie Bell became familiar to audiences with his heartbreaking turn in the hit movie, "Billy Elliott", about a boy from a small town with big-time dance dreams.  The story was not that far from his own.  He grew up in a family of dancers, and began dancing in the hallway outside of his sister's dance classes when he was little.  Eventually he started his own dance training, both in ballet and tap, but hid it from his circle of friends.  His life as a dancer eventually became less of a secret, when he began winning national and international tap competitions.  He subsequently chose to shift his focus to acting.  He got his start in musical theater, and then won the title role in "Billy Elliott" out of 2000 young actors.  He has since appeared in such films as "Nicholas Nickelby", "King Kong", "Jumper", "Jane Eyre", and "Man on a Ledge", and has a net worth of $6 million.

Christopher Walken has starred in everything from Westerns to romantic comedies to music videos.  However, he began his professional career as a model and dancer, and worked as a lion tamer for the circus for a bit, too!  He dropped out of college after landing the lead in the Off-Broadway revival of "Best Foot Forward" opposite Liza Minnelli.  He went on to additional training as a dancer, and appeared in numerous musicals, before shifting his focus to film and television work.  His career is now legendary.  The Oscar winner has had a chance to whip out his dance moves in a couple of projects, including the film "Hairspray", and the wildly popular video for Fatboy Slim's "Weapon of Choice".  He has a net worth of $30 million dollars.

Before Patrick Swayze was causing audiences to swoon in "Dirty Dancing", he was a dancer in New York City.  He grew up training at his mother's studio in Texas, and went to study at Harkness Ballet School and the Joffrey Ballet School in New York.  He began working professionally dancing for Disney, and then landed the role of Danny Zuko in the Broadway production of "Grease".  He also appeared in the Broadway production of "Goodtime Charley", before film and television work came calling.  In addition to "Dirty Dancing", his other hit films included "Ghost", "Point Break", and "Donnie Darko".  He returned to his theater roots in the late 2000s, performing in "Chicago".  He passed away in 2009.  His net worth is $40 million.

You didn't think those dance moves in films like "Saturday Night Fever", "Staying Alive", "Pulp Fiction", and "Hairspray" came out of nowhere did you?  Following in the footsteps of his mother, an actress turned drama teacher, and his siblings, all of whom were performers, John Travolta first worked in musical theater.  He dropped out of high school to focus on performing, and landed his first gig in the professional touring company of "Grease". (The film version of which he would later star in.)  He then appeared on Broadway in the show, "Over Here!".  However, Hollywood was where he wanted to be.  He left the New York musical theater world behind and went off to make movies.  His career has had its ups and downs.  Interestingly, the projects that have been most successful, often feature him dancing.  Go figure.  His current net worth is $165 million.

Alexander Gudonov was a very famous ballet dancer worldwide when he defected to the United States in the late 70s.  He began dancing when he was nine at the Riga State Ballet School.  His classmate (and future boss) was Mikhail Baryshnikov.  He went on to work as a principal dancer with such world-renowned companies as the Moscow Classical Ballet, the Bolshoi Ballet, and American Ballet Theater.  He began his acting career after Mikhail Baryshnikov controversially fired him from American Ballet Theater in 1982.  He earned rave reviews for his work in his debut film, "Witness", and then became an audience favorite with his performance as Karl, a villain in "Die Hard".  However, his career was tragically short-lived.  He passed away in 1995.

This list is made up of contemporary actors.  In old Hollywood, being an actor, singer, dancer was a requirement.  If you couldn't do all three when a studio signed you, they made sure you could do all three by the time you shot your first film.  Gene Kelly, Danny Kaye, Fred Astaire, Ginger Rogers, Cyd Cherise, Donald O'Connor, Judy Garland, Howard Keel, Chita Rivera, Rita Moreno, and Ann-Margret are just a few of the actors and actresses who could truly do it all.  Audrey Hepburn couldn't sing, but she was an accomplished ballet dancer, and part of her allure came from the poise she learned in the dance studio.  Those days are mostly gone now.  However, over the last decade there has been a resurgence in the popularity of movie musicals and dance movies, so maybe we'll begin seeing more and more actors with dance chops on screen.  Here's hoping.  All those dancers out there need to eat and pay the rent.