By Brian Warner on September 6, 2016 in Articles › Entertainment

If you analyze the list of the richest people in the world you'll see a lot of bankers, oil tycoons, real estate magnates, trust fund babies and a whole slew of similar boring, but very profitable career paths. But that doesn't mean you can't still get rich with a weird and creative idea. So we thought it would be fun to take a look at some people didn't just get a little rich, but actually made insane fortunes in weird ways. Hopefully these entrepreneurs will inspire you to come up with the next billion dollar idea from scratch!

Want to make a ton of money? Start practicing walking on stilts, eating fire, acrobatics and juggling because you can make a ton of money if you join the circus. Actually, you can't just join the circus, you need to create your own. Guy Laliberte was a homeless Canadian street performer when he created Cirque du Soleil to celebrate Canada's 450th anniversary. The show was such a huge success that it began to tour the nation for sold out crowds. Today Cirque du Soleil is an enormously popular international sensation with over 4000 employees in 40 countries and annual revenues of $800 million. For his hard work and ingenuity, Guy Laliberte has been rewarded with a personal net worth of $1.8 billion! 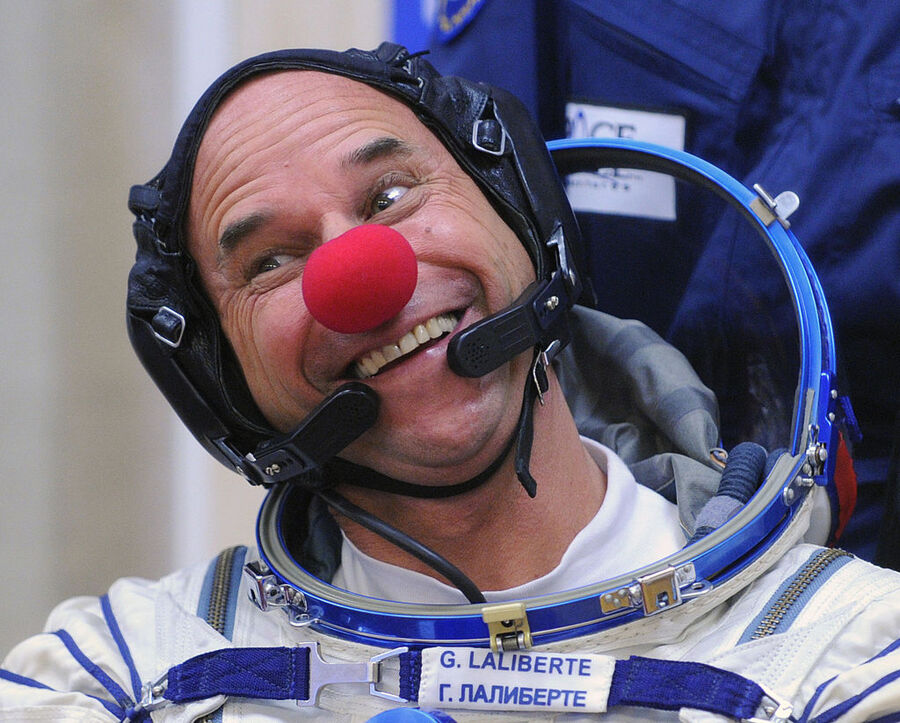 Over the last decade energy drinks have grown into an over $10 billion annual industry and if you happen to own one of the top brands, you're no doubt a very happy, very wealthy and very energized person. In the mid 1980s Austrian Dietrich Mateschitz bought the rights to a little known Thai beverage company called Krating Daeng. Mateschitz spent the next 20 years transforming that drink into Red Bull and in the process created a $9.2 billion fortune for himself. Mateschitz also owns a Formula-1 racing team, two soccer clubs and a private island paradise in Fiji.

Christopher Goldsbury has made a lot of smart moves in his life. First he married a woman whose father owned a Pace Salsa factory in 1967. Over a 20 year period he rose from lowly vegetable cutter on the production line to president of the company. Along the way, Goldsbury and his wife bought out the family's shares and ran the company themselves until their divorce in 1987. Christopher paid his wife $95 million for her half of the business which he then grew like gangbusters over the next decade. In 1996 Goldsbury sold the privately owned Pace to Campbell Soup, netting himself a $1.3 billion net worth.

Teachers don't make a lot of money right? Well, Stanford professor David Cheriton certainly found a creative way to supplement his paltry teaching salary. Over the years Cheriton has made small investments in his student's ideas that have become massive successes. His first hit was with graduate student and future Sun Microsystems founder Andy Bechtolsheim. Cheriton invested in Bechtolsheim's server technology idea which would eventually be acquired by Cisco Systems making them both a nice profit. But Cheriton's biggest hit didn't come until he wrote a $100,000 check to two young graduate students named Larry Page and Sergey Brin who wanted to revolutionize the search engine. The pair used the money to found Google. Have you heard of it? Today David Cheriton's $100,000 investment is worth $2.3 billion!

There are a lot of overweight people who are willing to spend tons of money to lose weight. S. Daniel Abraham was one of the first people to try and capitalize on America's expanding waist line. He released a series of failed products, including a weight loss gum, until he hit the jackpot with the Slim-Fast line of low-carb shakes. Over the next 20 years Slim-Fast grew into a consumer packaged goods behemoth until the company was sold to Unilever for $2.3 billion in 2000. When the deal was done, S. Daniel Abraham's net worth was $2.1 billion! Today, Abraham uses his fortune to promote peace in the middle east and to improve nutrition in America. 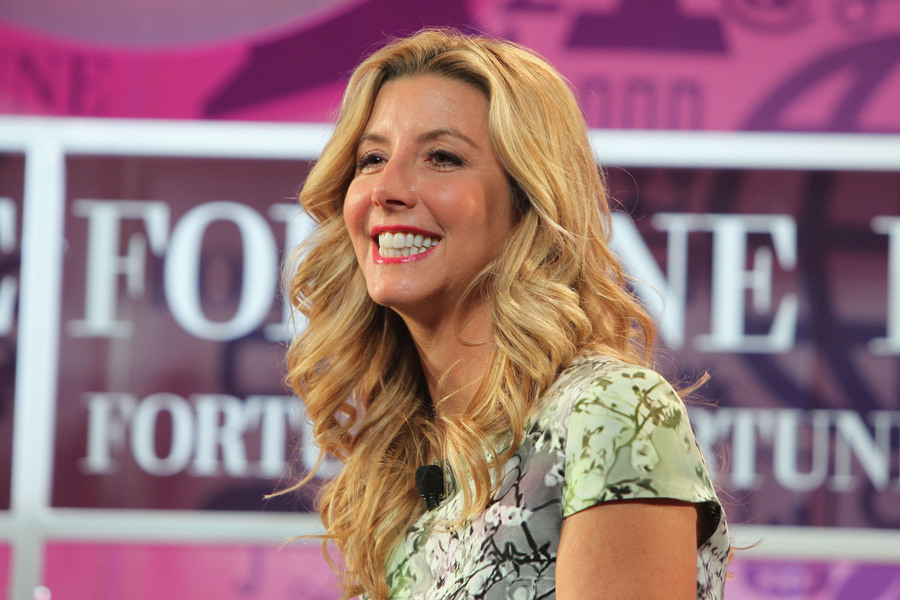 If the idea of exercising, eating a balanced diet and drinking a Slim-Fast shake once a day makes your stomach turn, then you're probably not going to lose weight. But don't worry, it's not hopeless! If you can't seem to lose weight, at the very least you can make yourself APPEAR skinnier through "body shaping" undergarments. Or better yet, build a the largest body shaping company in the world so you're rich enough to not care about being fat. That's exactly what Sara Blakely did when she invented Spanx in 2000. Blakely started Spanx in her living room with a marketing book she bought at Barnes and Noble. Sales of Spanx were slow at first but once Oprah endorsed the slimming pantyhose on her show, sales exploded. Sara Blakely still owns 100% of Spanx and has a net worth of $1 billion! Impressively, Blakely hasn't let her newfound wealth go to her waist.

Not long ago "looking cool" while exercising was virtually impossible. Not only that, but the prevailing athletic clothing options were incredibly uncomfortable for anyone working out at a strenuous pace. The fabrics were heavy and did not breathe. Everything changed with the advent of two companies; Lululemon for women and Under Armour for men. Lululemon's revolutionary tight black pants allowed women flexibility and comfort while doing sports like yoga. It also made them look incredibly sexy while performing everyday errands. Today, Lululemon founder Chip Wilson is worth $2 billion!

On the other side of the card, Kevin Plank was the self described "sweatiest guy on the football field" and thus Under Armour Inc was born. Under Armour used a synthetic material that was 100 times more breathable than cotton. Like Spanx, sales struggled at first, but after Plank placed a $25,000 ad in ESPN Magazine, the company went on to generate over $1 million in revenue. Today Under Armor is a public company with Plank still owning the majority of shares giving him a net worth of $4 billion.

After a failed acting career and 20 years working at a toy company, Ty Warner quit and moved to Italy for a prolonged vacation. While on vacation he had an epiphany. Warner immediately returned to Michigan where he mortgaged his house and launched Ty Inc. You may not of heard of Ty Inc, but you've probably heard of their most famous product line, Beanie Babies. Warner turned out to be a brilliant marketer. He used limited productions and secretive releases to build anticipation and create excitement around his line of dolls. Ty's formula worked very well. In 1995, at the peak of the Beanie Babies craze, Ty Inc had profits of over $700 million. Warner used these profits to build an empire which today includes the Four Seasons hotel in NYC, the Four Seasons in Santa Barbara, a luxury ranch in Montecito and a resort in Hawaii. Today Ty Warner's net worth is $2.4 billion! And it all started with a doll.

Isaac Perlmutter came to America from Israel in his early 20s with less than $250 to his name. His first job was hanging out at Jewish cemeteries where he translated funeral services for tips. Over the next 20 years, Perlmutter clawed his way up the world of wholesale trading. He formed a business that specialized in moving unsold merchandise for companies like Coleco toys. He would pay pennies on the dollar for unwanted items, then sell the goods at a small profit. By the 90s, Isaac and a partner were able to purchase the bankrupt Marvel Enterprises for practically nothing. As CEO of Marvel Comics, Perlmutter completely revitalized the brand with a string of successful blockbuster movies, toys and comics. In 2005, Marvel was sold to Disney in a deal that paid Perlmutter $800 million in cash and $600 million in Disney stock. Today Isaac Perlmutter has a net worth of $3.5 billion.