By Joseph Gibson on September 13, 2016 in Articles › Entertainment

Many a wise man has said that 'you have to spend money in order to make money.' But a very lucky man in Perth, Australia has stretched the meaning of that expression pretty far, turning a Texas Hold 'Em bet of only $10 into an incredible $2.7 million jackpot.

In American dollars, that translates into turning a seven-dollar bet into about $2.3 million, so either way, the general narrative remains the same. According to the PerthNow Sunday Times, 45-year-old father of two, Nigel Williams, took a break from the roulette wheel he'd been parked at to bet on a few hands of Texas Hold'Em poker. He had the option of making a $5, $10, or $15 bet, with each amount corresponding to a higher jackpot. After six hands, he got a royal flush, the necessary hand for the top prize. If he hadn't been feeling moderate, he would have an extra million dollars for a $15 bet, but in an interview after his winning hand, he didn't seem too broken up about the 'loss:'

"They brought me 27 $100,000 chips and I took them to the cashier and they said 'would you like cash or cheque, sir' and I looked at them and said 'geez I should have brought a bigger bag.'" 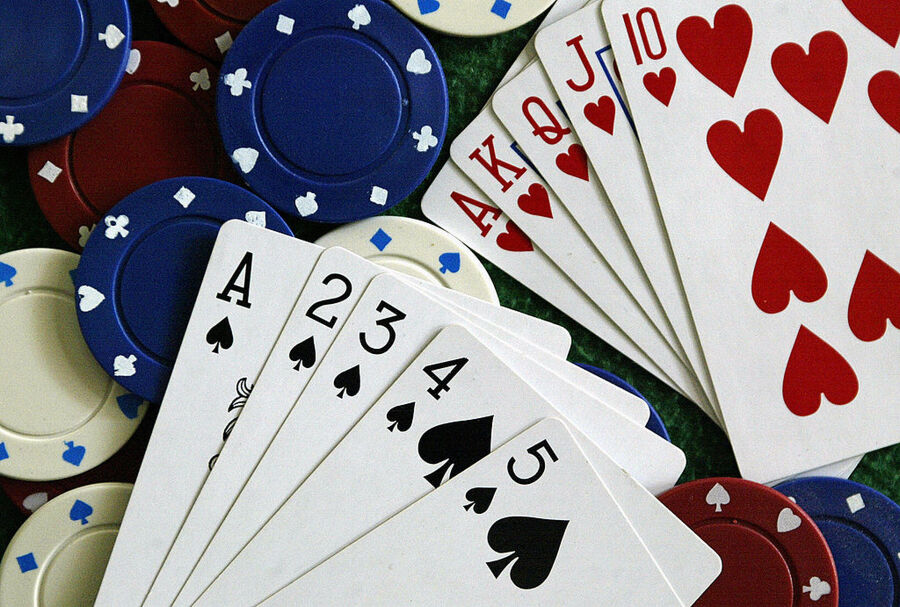 He also remained upbeat when asked what he planned to do with his probably life-changing $2.7 million fortune, demonstrating a good attitude for anybody who comes into a lot of unexpected cash:

"I've got the greatest job in Australia — so what I will do is semi-retire, I'll work five days instead of seven, and I'll put the money in the bank. I'm not going to do anything until March."

The 'greatest job in Australia' is not a 'professional poker player,' as you might have guessed, but instead Williams earns a living as a director of a company that manages golf courses. Only now, he can afford to spend a little more time on the golf course as a player rather than as an employee, if he so chooses.