The 10 Richest Women in the World Right Now

By Amy Lamare on September 26, 2014 in Articles › Entertainment

Gone are the days when women were offered to men for marriage along with a dowry to convince the man to take a bride. Well, at least in most parts of the world. For decades now, women have been rising through the ranks of corporations, starting their own very successful businesses, and going on to establish themselves as forces to be reckoned with in their family's fortunes. Of course a portion of the billionaire women are heiresses to a vast family fortune.  But regardless of how they came into their wealth, the 10 Richest Women in the world are billionaires many times over. Here are the top 10 and how they each earned their spot…

Christy Walton is the widow of John T. Walton, one Sam Walton, the founder of Wal-Mart's sons. After John's death in June 2005, she inherited his fortune of $18.2 billion. She is the richest woman in the world with the bulk of her worth coming from shares in Walmart. Walton's shares in First Solar, a company her husband invested in, have gone up 47% in the past 12 months, helping to elevate her net worth above the rest of the Walton clan.

Liliane Bettencourt is the sole heir to L'Oreal, the largest cosmetics company in the world, which was started by her father. In 1957, at the age of 35, Liliane inherited the L'Oreal empire when her father passed away. She held an active seat on the L'Oreal Board of Directors until 1995. She is also a large shareholder in Nestle.  She was the richest woman in the world, but this year she lost her top spot to Christy Walton. However, the world's second-richest woman became even  wealthier this year thanks to the French cosmetics giant's stock price, up 9% since 2013. Now 91 years old, Liliane is no longer involved in running the company. 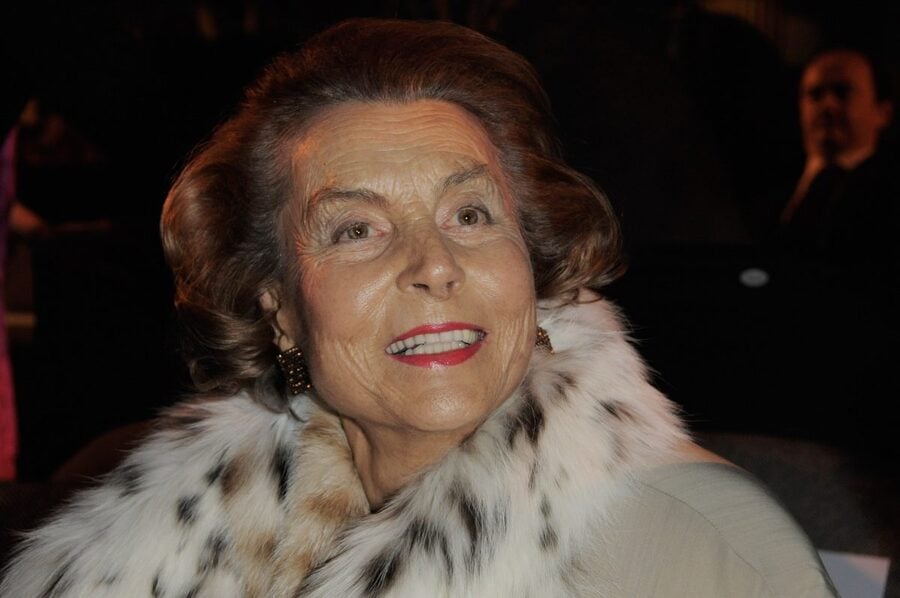 Alice Walton is one of the richest people in the world. The heiress to the Wal-Mart fortune has a net worth of $34.7 billion. She is the third richest woman in the world, behind her sister-in-law Christy Walton and 91-year-old  L'Oreal heiress Liliane Bettencourt. Alice is the youngest child of Sam and Helen Walton. She is the Walton family's biggest philanthropist, giving more than $2 million in 2012 to support charter school initiatives.  Rumor also has it that Alice is raising funds for a potential Hillary Clinton Presidential campaign in 2016.

Susanne Klatten is the richest woman in Germany. Susanne, her mother Johanna, and brother Stefan own nearly 50% of BMW.  But Susanne is not your ordinary heiress. She is an educated  economist, who also controls chemical manufacturer Altana and has worked since she got out of college. She worked for the advertising agency Young & Rubicam in Frankfurt for two years in the early 80s. She had a number of hands-on internships in her family's business empire. She gained further business experience in London with Dresdner Bank, the Munich branch of management consultants McKinsey as well as the bank Reuschel & Co.  In many cases of her employment, whether in a family owned company or not, she worked under the assumed name Susanne Kant so as not to receive special treatment and be approached and treated on her own terms, not those dictated by her inherited wealth.

Elaine Marshall is the widow  of E. Pierce Marshall and the daughter-in-law of the deceased J. Howard Marshall II (Anna Nicole Smith's former husband). Marshall's net worth comes  derives from holdings in Koch Industries, the largest private American company with an annual revenue of $115 billion, which was left to her by her late husband.

Gina Rinehart is Australia's richest person.  The mining heiress makes a billion dollars a year from the iron ore and coal projects she owns through the company she inherited from her father. After the death of her father in March 1992, Rinehart became the Executive Chairman of Hancock Prospecting Pty Limited and the HPPL Group of companies.  All of the Hancock companies are privately-owned.  In recent years, Rinehart has focused on developing Hancock Prospecting's underdeveloped deposits, raising capital through joint venture partnerships and turning leases into profitable revenue producing mines. Besides the near total control Gina has over Hancock Prospecting, she has a 10% stake in Ten Network Holdings, and a 12% stake in Fairfax Media.

Abigail Johnson is the CEO of Fidilety Investments, an asset management and finance services giant that was started by her father Edward "Ned" Johnson III. Having served as the company's President since 2012, Abigail was expected to step in her father's shoes as CEO this fall. Abigail got her start in the family empire before even starting college. Initially, Abigail served as a gopher, with her duties limited to taking orders from customers by phone. Next, she attended Hobart and William Smith, after which she served as a consultant at Booze Allen Hamilton in 1988. In her free time she also earned a Harvard MBA. Today, she marks the third generation of Fidilety's Johnsons leaders with an approximate 24% stake in the company.

Laurene Powell Jobs is Steve Jobs' widow and the largest individual shareholder in The Walt Disney Company.  She is the head of the Laurene Powell Jobs Trust and oversees the 130 million shares she owns in Disney which were left to her by her late husband. However, Powell Jobs isn't just a wealthy woman who inherited her husband's fortune. She has her B.A. from the University of Pennsylvania, B.S. in Economics from the Wharton School at the University of Pennsylvania, and an MBA from Stanford. Before business school, Powell Jobs worked for Merrill Lynch Asset Management and spent three years at Goldman Sachs as a fixed-income trading strategist. She co-founded Terravera, a natural foods company that sold to retailers throughout Northern California. She is the founder of Emerson Collective, which works on advancing  education and immigration reform policies, social justice, and environmental conservation. She is also co-founder and President of the Board of College Track, which prepares disadvantaged high school students for college.

Anne Cox Chambers is the surviving daughter of James M. Cox, the founder of privately held media conglomerate Cox Enterprises, and his second wife Margaretta Parker Blair. Cox inherited her father's business interests and she is the majority owner of the media giant that generates around $16 billion in annual revenues. Even though she is in her nineties, she still holds a seat on the board of the company that includes such subsidiaries as Cox Communications (broadband and cable), Cox Media Group (newspapers, TV and ration stations), Manheim (car auctions), and AutoTrader.com.

Iris Fontbona is the widow of the late billionaire Andronico Luskic who founded The Luksic Group. The company has interests in the mining, financial, industrial, and  beverages industries. The family business also has interests in Banco de Chile and in energy, transportation and port services. The largest of the family's holdings is its controlling stage in Antofagasta, one of the world's biggest copper mines. The family also owns two chains of Croatian beach resorts, Adriatic Luxury Resorts and Laguna Porec.

Johanna Quandt  was the third wife of was the late Herbert Quandt, who is credited with rescuing  BMW from bankruptcy. The couple met when she was his secretary in the 1950s. She later became his personal assistant and then his wife. She is the mother of Susanne and Stefan who along with their mother, own nearly 50% of BMW. All three are billionaires in their own right.