By Brian Warner on September 16, 2012 in Articles › Entertainment 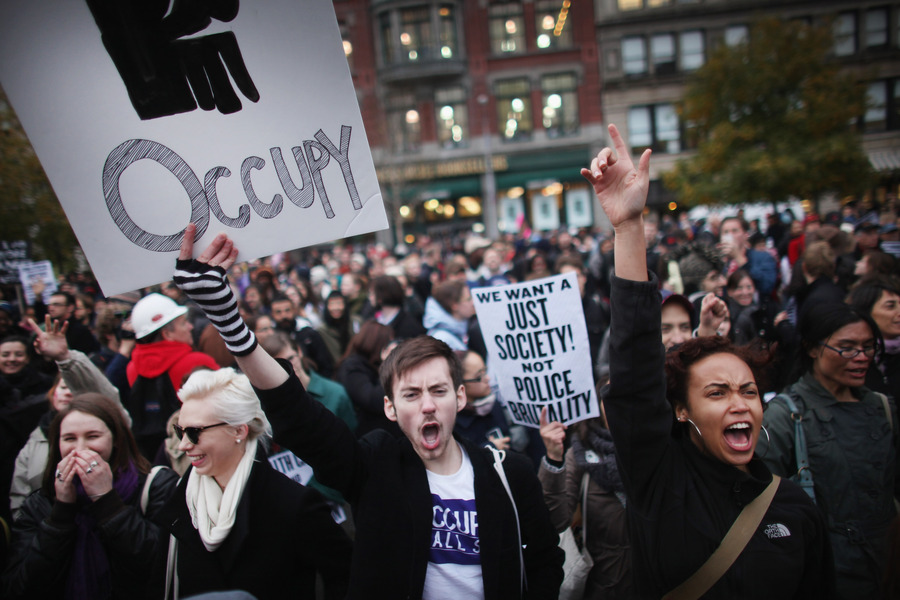 Over the last year, guitarist Tom Morello from Rage Against the Machine has positioned himself as one of the most active and vocal celebrity supporters of OWS. Morello has organized several large protests and concerts to help the Occupy movement. For the September 17th anniversary, Tom is planning to lead a massive protest march throughout New York City's financial district. The goal of this protest is to "disrupt traffic throughout the Financial District by creating a swirl of roving intersection occupations surrounding the Stock Exchange [in order to imagine] a world without Wall Street." Morello's goals seem slightly ironic when you consider his net worth is $30 million! $30 million makes Tom not only a standing member of the 1%, but he's more like the .001%. Meanwhile, Morello's Rage Against the Machine band mate Zack de la Rocha recently landed on our list of the richest lead singers in the world with a net worth of $25 million. De la Rocha has remained relatively quiet over the last year, but he did release a poem that was "dedicated to the Occupy movement whose courage is changing the world." In a further twist of hypocrisy, Zach's poem tells protesters "stay strong, we are winning." I'd love to see both Morello and de la Rocha donate their entire net worths and join the real ranks of the 99%. If that happened, we might take them more seriously. 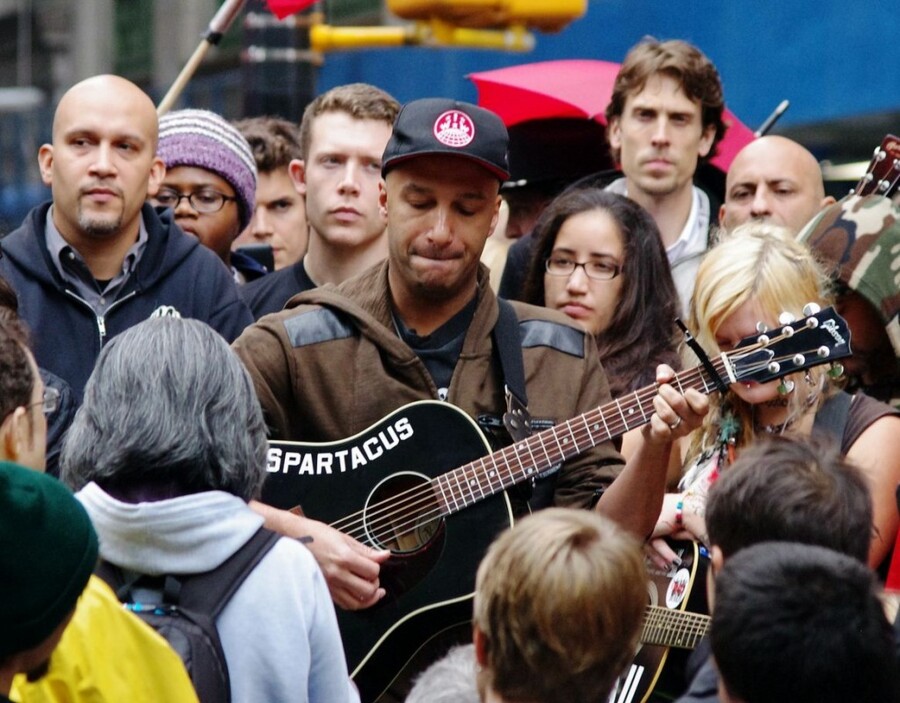 When we originally published this article last year we were especially confused to hear that Roseanne Barr, a woman worth $80 million, announce on Russian Television that she wants to behead all rich people. We wrote an article where we described her statements as ironic, hypocritical, stupid and possibly masochistic. Fourteen minutes after we published the article Roseanne lashed out at us over twitter with a series of vulgar and ridiculous tweets calling us, for example, "lying piece of shit commies".

We clearly struck some sort of nerve with the former comedian/current nut farmer (true story). To be totally frank, we just don't understand why extremely wealthy celebrities continue to show up at Occupy Wall Street protests making speeches and offering encouragement over social networks and public airwaves. Celebrities do love attention, so maybe that's the only reason. But what we really don't understand is why anyone involved in the Occupy Wall Street movement would take these multi-millionaires seriously and allow them to participate in their cause. When the protesters marched through New York's wealthiest neighborhoods to tour the homes of the millionaires and billionaires, Kanye West and Russell Simmons joined the march. This just seems wrong. Simmons and West most likely just walked downstairs from their own homes to join this protest of their very own neighbors. If you think either of these rap icons are sleeping in a park you would be dead wrong.

What are your thoughts on the Occupy Wall Street movement? Do you support the cause? What do you think of celebrities who make big political statements? Let us know in the comments.