The 10 Most Overpaid NFL Players

Many NFL players are earning seriously good money, but the truth is most are grossly underpaid. Week in, and week out they push their bodies to the limit with little to no guarantees in their contracts. Sure, for this they are compensated with six to eight figure salaries, but most players just don't make enough during their NFL careers to live on for the rest of their life. Those aren't the players we're talking about here. Today we're looking at the 10 most overpaid NFL players. Their teams had high expectations for these players that for one reason or another, haven't panned out.

Multi-million dollar contracts should be tied to quality of play, but that isn't always the case. Sometimes, a player has a bad game, or handful of games or season (Tony Romo, we're looking at you), yet they still bring home millions. We took a look at some NFL contracts to determine which players are making more than their worth to their teams. 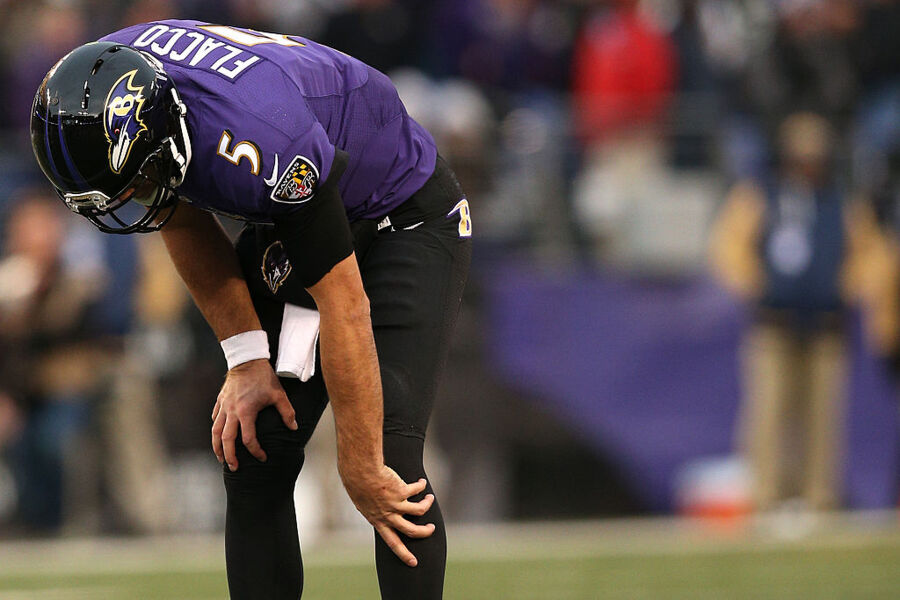 Dez Bryant is the most talented receiver in the league. He struggles to stay injury free, but even when he's healthy, he is just not productive enough to warrant such a high cap hit.

Coby Fleener looks like the ideal physical representation of a tight end. Except he can't catch the football. When Drew Brees is your QB, you've just got to learn to hold onto the ball.

This is all the Redskins' front office's fault. They could have signed Kirk Cousins to a deal that is more representative of his talent. But no, the Redskins gave Cousins the franchise tag for the second consecutive season. Cousins is a decent QB who doesn't have the personnel around him to be truly productive.

Haloti Ngata did not have a great 2016. At 33, it isn't likely that he will come back and put up impressive numbers. He's past his prime.

At this point in his career, Jason Witten is just an average tight end. That said, the Cowboys are better off with him on their roster. He just really shouldn't be making more money than Rob Gronkowski.

We're lumping these two QBs together because it is the same situation. Both the Browns and the Bears have had QB problems for decades and they don't seem to be learning from their mistakes. Mike Glennon is making the same money that Tom Brady is. Think about that for a moment. Glennon could not beat out Josh McCown for the Tampa job but he's making the same salary as the best QB of all time. On the other hand, Brock Osweiler is coming after a disastrous season with the Texans and is looking to resurrect his career. He is being paid handsomely for this experiment.

Tavon Austin is a fairly decent slot receiver who is making number one receiver money. Some truly superior receivers including Julio Jones and A.J. Green are making less money than Austin. No wonder Rams fans are so pissed off.

Clay Matthews has had a long and great career but those days are over. He isn't the elite pass rusher of past seasons, but you'd never know that from looking at his salary. The only OLBs making more are Von Miller and Justin Houston.

Joe Flacco was rewarded with a big money making contract after the Ravens' Super Bowl win. Since then he's turned in just one season that can be called above average. Flacco doesn't elevate the players around him, and a QB making his money should.