By Amy Lamare on September 26, 2013 in Articles › Entertainment

As Kenny Rogers famously sang, "You've got to know when to hold 'em and know when to fold 'em,". Apparently the people on this list just didn't get that memo. Throughout history there have been endless examples of people who have had great financial success that doesn't last. Rich people are human and are therefore prone to making bad decisions just like anyone else. If anything, the confidence and ego that wealth brings can set some millionaires and billionaires up to take a massive fall.

Quite simply, just because you made a fortune, doesn't mean you necessarily know how to keep that fortune. Several people on this list have proven this theory in spades. Everyone needs to learn to live within their means, even the richest among us. The following 10 people seemingly had it all – money, lavish lifestyles, anything and everything that money could buy – and lost it all. These people went from rags to riches and then back to rags again. Should we feel bad for them? Could you recover after achieving such great success and finding yourself in the dumps again? 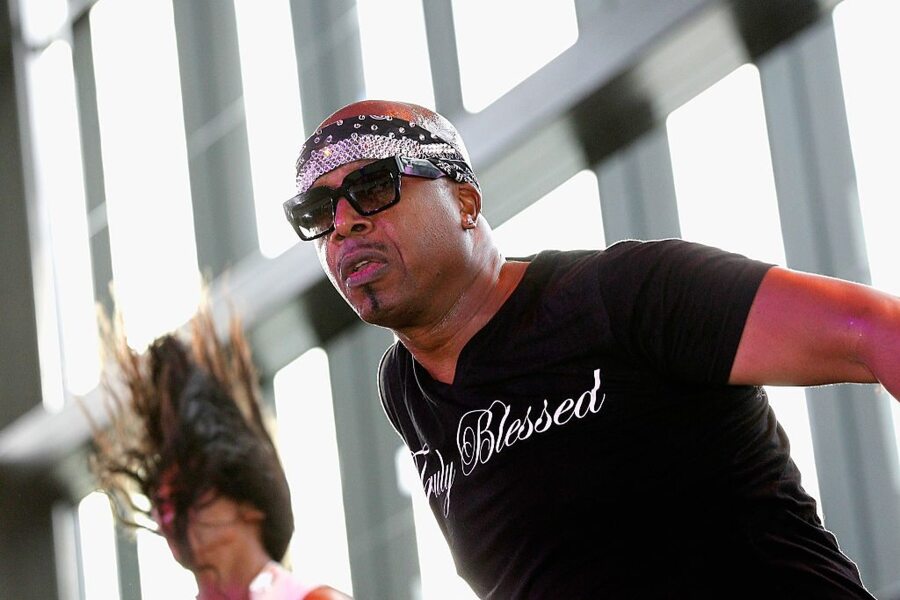 Everyone knows the M.C. story, VH-1 did a Behind the Music on his rise and fall. If you were alive in the early 1990s, there is no disputing that the era was "Hammer time," and M.C. Hammer's U Can't Touch This was EVERYWHERE. He made about $30 million at the peak of his career, and wasted no time in spending every last cent and then some. M.C. Hammer spent a ton on his entourage of friends, family and hangers on; cars, expensive toys and bad real estate investments.

Hammer is a classic example of "too much too quickly" and before 2000, he had filed for bankruptcy due to his enormous debt. He didn't know how to handle his finances, didn't have anyone around him who wanted to help him rather than use him for his money, and lost it all. Hammer is now a pastor in California.

Leonardo DiCaprio's film Wolves of Wall Street is based on Belfort, a onetime multi-millionaire stockbroker who lived a lavish lifestyle of expensive yachts (including one formerly owned by Coco Chanel), private planes, women, champagne, and cocaine before getting busted by the Feds for securities fraud and money laundering. He was making $250 million per year by the age of 25 by floating shady deals to his clients from his boiler room like firm Stratton Oakmont, which was the inspiration for the film Boiler Room. Belfort's firm was designed to 'pump and dump' shares by hyping their prospects and quickly cashing in as their price rose.

The FBI stripped Belfort of his fortune and forced him to repay hundreds of millions he owed other stockbrokers. Belfort spent 22 months in prison. He wrote two memoirs about his past criminal activity, The Wolf of Wall Street in 2008 and 2009's Catching the Wolf of Wall Street. Belfort now lives in California and now makes a living as a motivational speaker.

Allen Stanford is a former prominent financier who is serving a 110-year prison sentence for being convicted of charges that his investment company was a giant Ponzi scheme and fraud. He was the Chairman of the Stanford Financial Group, and was charged with masterminding a conspiracy to bilk investors out of the money. What did he use that money for? Well funding for his lavish lifestyle, of course. The SEC charged Allen Stanford with "massive ongoing fraud" centered on an eight-billion-dollar investment scheme. The SEC said that Stanford and his accomplices operated a massive Ponzi scheme, misappropriated billions of dollars of investors' money and falsified the Stanford International Bank's records to hide their fraud.

Sean Quinn is an Irish businessman. In 2008 he was the richest person in Ireland with a net worth of $6 billion, but in 2011 he filed for bankruptcy. This stunningly fast loss of wealth stems from a very bad business decision. Quinn invested 25% of his family's wealth in Anglo Irish Bank, amounting to about $2.8 billion. Except he made the grave error of borrowing the money for the investment from his own insurance company. Anglo Irish Bank nearly collapsed during the recession of 2008 and resulting financial crisis that swept through Ireland. This put Quinn billions of dollars in debt and caused him to have to relinquish control of his company. This whole mess could have been avoided had Quinn not invested money controlled by his insurance company and if he had been paying attention to the financial pulse of his country. Someone in his industry should have seen the collapse coming by enough to be able to get out. He did not. And he paid for it. 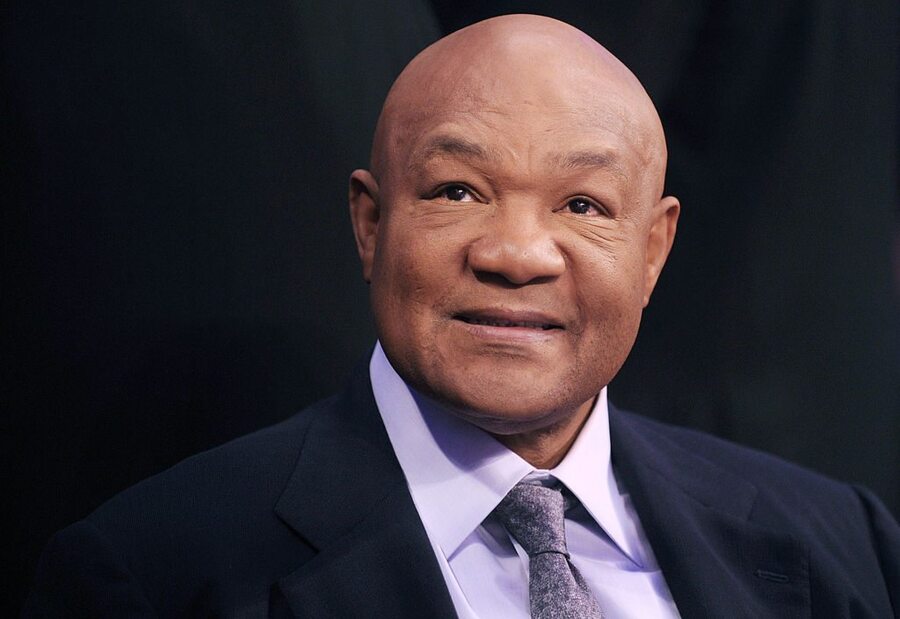 George Foreman, retired American boxer, former two-time Heavyweight Champion, and Olympic gold medalist was not always known for his grills and his multiple children named George (and Georgina). Former, a 1968 Olympic gold medalist, was involved in some of the most famous fights of all time, including the famous 1974 "Rumble in the Jungle," where he lost his defense of his two-time Heavyweight title to Muhammad Ali.

In the 1980s, Foreman was on the verge of bankruptcy. This fear of financial ruin drove him to re-enter the boxing ring at age 45 and regain his heavyweight title against Michael Moorer in 1994. This second chance at success allowed him to pay off millions of dollars of debt and launch a new career as an entrepreneur with his now ubiquitous George Foreman Grills. Millions of Foreman grills have been sold and George has fought his way back to a $200 million bank account. Not too shabby!

Country music legend Willie Nelson owed $16.7 million in debt to the IRS when he declared bankruptcy in 1990. The government seized his bank accounts and his real estate holding in six states. Nelson didn't lose his sense of humor over the financial debacle, and released a double album called The IRS Tapes: Who'll Buy My Memories. All profits from the album went directly to the IRS. His debts were paid off by 1993. Nelson later sued Price Waterhouse for mishandling his fortune.

This Icelandic former billionaire saw his net worth of $1.1 billion evaporate when he and his son and business partner Thor (former net worth $3.5 billion) got hit by the credit crisis in their country. The father and son partners were major shareholders in a bank (Landsbankin) that went under. When it went down, so did the Gudmundsson's assets. Bjorgolfur Gudmundsson was also suspected of being involved in fraud and embezzlement.

Unitas is a legendary quarterback who was among the top earners in the league. His first contract with the Baltimore Colts in 1956 was $7,000 ($60,000 in today's dollars). His last contract in 1973 with the San Diego Chargers was $250,000 ($1.3 million today) with a $175,000 bonus ($921,812 today). Unitas diversified his money, dabbling in real estate, restaurants, and other industries. By a stroke of really bad luck, each business he invested in failed and he filed for bankruptcy in the early 1990s. When he died 11 years later, there was a lawsuit on his estate due to all the bad debt from the failed businesses.

Interestingly, near the end of his life, Unitas brought media attention to the many permanent physical disabilities that he and his fellow players suffered during their careers before heavy padding and other safety features became popular. Unitas lost almost total use of his right hand, with the middle finger and thumb noticeably disfigured from being repeatedly broken during games.

Scott Eyre is a former MLB pitcher for the Chicago White Sox and Cubs, Toronto Blue Jays, San Francisco Giants, and Philadelphia Phillies. He was a part of the 2008 World Series Phillies team. Eyre was a victim of Allen Stanford's fraudulent billion-dollar scheme. He invested with Stanford and lost almost all of his money as a result. In 2009 Eyre admitted that he was broke and had to receive an advance on his salary from the Phillies. 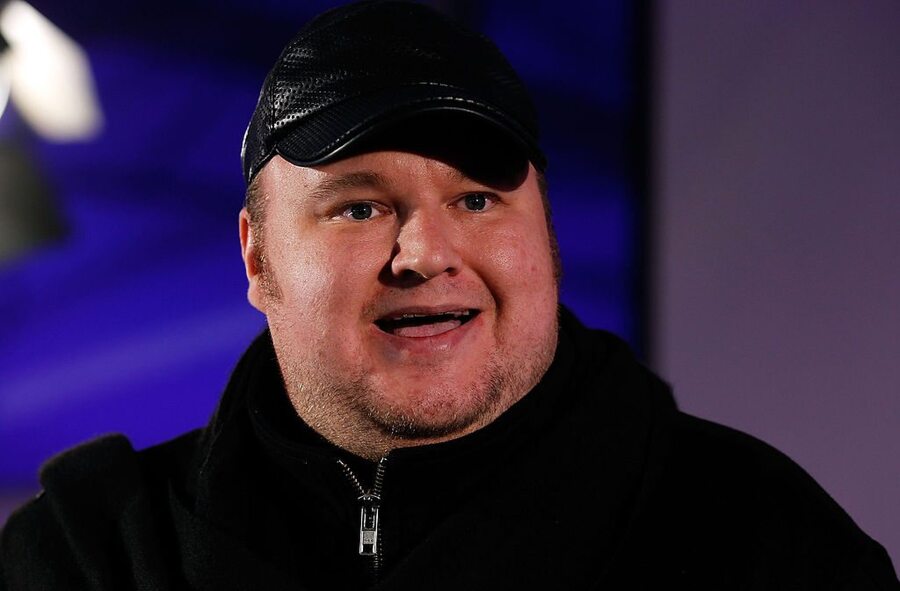 Kim Dotcom was born Kim Schmitz in 1974. He is also known as Kimble, and Kim Tim Jim Vestor. He is a German-Finnish Internet entrepreneur, businessman, and hacker currently residing in New Zealand. He is the founder of Megaupload, as well as its successor site, Mega. Megaupload was an online file sharing service that tread the line on copyright infringement—and wasn't always on the right side of that line. In the 90s, Dotcom was charged with insider trading, embezzlement, and computer fraud. Today Dotcom is accused of causing $500 million worth of losses to the entertainment industry by enabling pirated content to be uploaded to his website. Megaupload had 150 million registered users before the FBI shut it down during a raid in 2012. The government effectively destroyed Megaupload's entire business with one flip of a switch. Dotcom is still fighting the U.S.'s attempts to extradite him and trying to revive his business empire. His latest endeavor, Mega, is a cloud storage service that uses sophisticated encryption to protect users from the government invasion of privacy.