10 Lottery Winners Who Lost Everything

By Joseph Gibson on March 30, 2012 in Articles › Entertainment

What happens after hitting the lotto? Vacations, fancy cars, new homes, but unfortunately, bad things can happen, too. These 10 individuals who were lucky enough to win millions, but ultimately lost it all, and then some.

At the age of 19, garbage collector and convicted criminal Mickey Carroll won a $13.6 million jackpot. He spent his winnings on partying, jewelry, tacky vehicles and lavish gifts for family and friends. Only eight years later, Carroll was broke and returned to his minimum wage job.

After winning the lotto in 1997, John McGuinness quit his job as a  hospital porter and began a spending spree. An avid soccer fan, he purchased the troubled Scottish club Livingston for $4.2 million without realizing he would be responsible for the club's debts. After all was said and done, his winnings were eaten up and he was broke by 2009.

William 'Bud' Post III's hit the lotto in 1988 and shortly after his brother tried to have him murdered in order to get his hands on the money. Additionally, Post's wife sued him and succeeded in obtaining a large chunk of the prize. Post eventually got himself into nearly $1 million in debt and was living on food stamps for several years before he passed away in 2006 at the age of 66.

After winning big in 1993, South Korean immigrant Janite Lee donated millions to charity and contributed to the Democrat Party. By 2001, the former wigmaker was bankrupt and owed $2.5 million in debt. 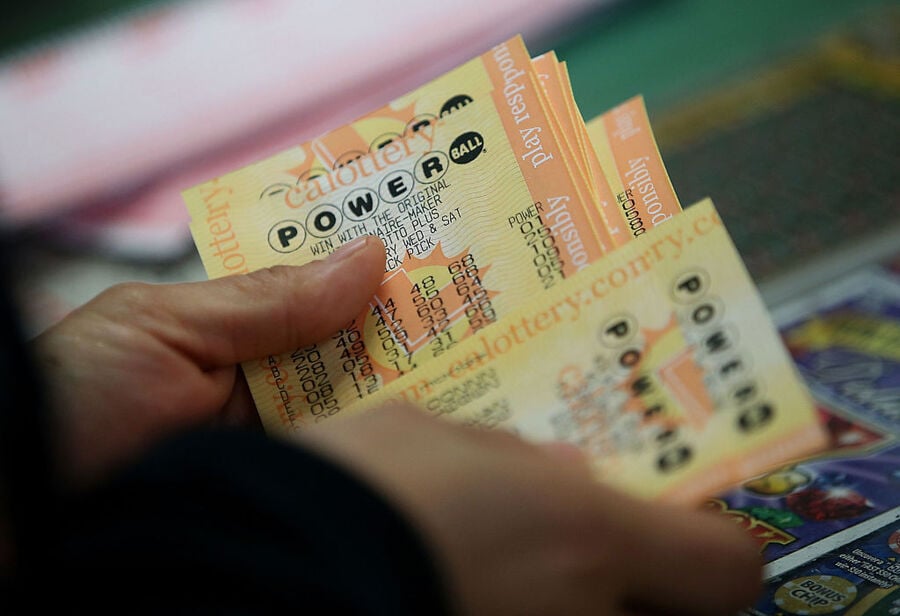 Jeffrey Dampier spent much of his prize money on houses for members of his family. He also opened a gourmet popcorn store in Tampa, Florida. All was going well until July 2005, when Dampier went to assist his sister-in-law and her boyfriend with supposed car troubles. Instead, the two kidnapped him and killed him. They were sentenced to life in 2006 for the horrific crime.

In less than five years, Kentucky resident David Lee Edwards blew the majority of his $27 million jackpot on a mansion, luxury cars, a LearJet, and copious amounts of narcotics. He died in 2013 aged 58, penniless and estranged from his wife.

The Home Depot employee and father bought seven homes, including a ranch, new cars, and donated largely to his church after hitting the lotto in 1997. Between lavish continuous spending and a bad deal for a lump-sum payment in exchange for his annual checks, Harrell was left destitute. Less than a year after winning, he divorced his wife and eventually committed suicide in 1999.

In 2008, Topous won the seventh-largest jackpot in Michigan's history. However, he is a criminal and convicted sex offender, who was most recently released from prison in 2006. He took a $33 million lump sum in order to buy a home on a private island. He will have to register as a sex offender until 2024.

When New York City resident Rodriguez won the lottery, he was employed as a parking attendant making less than $30,000 a year. He blew one of his last dollars on the ticket that led to his multi-million dollar prize. Soon after, his wife divorced him and won half of his winnings.

Virginia native Jack Whittaker was already a millionaire when he won big in 2002. He opted for a lump sum payout of $113 million, but ended up overspending and making numerous bad investments. He was even robbed at one point. Five years later, all of the earnings were gone.