By Amy Lamare on August 20, 2015 in Articles › Entertainment

It is kind of strange to think of some celebrities as having siblings, or, for that matter, any family at all. Their public images are larger than life and surely they live some sort of super human existence devoid of things like sibling rivalry and family fights. However, celebrities are just like us – they come with a messy, often times dysfunctional family of their own. They have parents, siblings, aunts, uncles, grandparents, and even siblings.

Plenty of celebrity siblings have made a name for themselves in showbiz. Solange Knowles, sister of Beyoncé is one of them. While not as well known as her older sister, she does have her own career and is recognizable. Elizabeth Olsen, sister of twins Mary Kate and Ashley, has also made a name for herself in movies such as "Avengers: Age of Ultron." Other celebrity sisters stay out of the public eye or have far less successful Hollywood careers than their more famous siblings.

Ryan's sister Mandi has accompanied her brother to a number of his film premieres and award shows. The siblings grew up in a close knit, single-mother family. Maybe that's why Ryan has become the poster boy for the sensitive guy who makes girls swoon.

Penelope Cruz's sister Monica is also an actress, she just hasn't become quite as famous as Penelope. The two could be twins; they bear such a strong resemblance to each other. In fact, Monica was Penelope's stand-in during the filming of "Pirates of the Caribbean: On Stranger Tides," when Penelope was pregnant and unable to do some of her scenes.

Emily Blunt captured attention for her wry comedic sensibilities in movies like "The Devil Wears Prada." Actress Emily is very close to her literary agent sister Felicity. The two even look a lot alike. Emily played matchmaker for her sister when she set her up with her "The Devil Wears Prada" co-star Stanley Tucci. Felicity married Tucci and the two now have a son together.

Liv Tyler has been famous for decades. As an accomplished actress as well as the daughter of Aerosmith lead singer Steven Tyler, Liv has forged her own career far from the shadow of her legendary father. Her younger sister Mia bears a striking resemblance to Liv through the face, but is taller and larger and has worked as a plus size model.

Comedienne Sarah Silverman's sister Laura is famous in her own right… or at least her voice is. Laura is a voiceover actress who has worked on a number of animated shows, including "Bob's Burgers" and "Adventure Time." She has also appeared alongside her sister on a number of occasions.

Demi Lovato actually has three sisters, but her younger half sister Madison De La Garza is making waves of her own in Hollywood. She's appeared in a number of acting roles including on "Desperate Housewives" and alongside her big sister in "Sonny With A Chance."

Lana Del Rey's sister Caroline Grant is a successful photographer who prefers to be called Chuck. She supplies photos to well-known magazines, including New York Magazine. She's also photographed her sister on a number of occasions.

Lindsay Lohan's younger sister Ali has been following in her sister's footsteps – she even appeared in "The Parent Trap" with Lilo. Ali has been modeling since she was three years old and has appeared in many magazines, including Teen Vogue. Ali is also a musician. 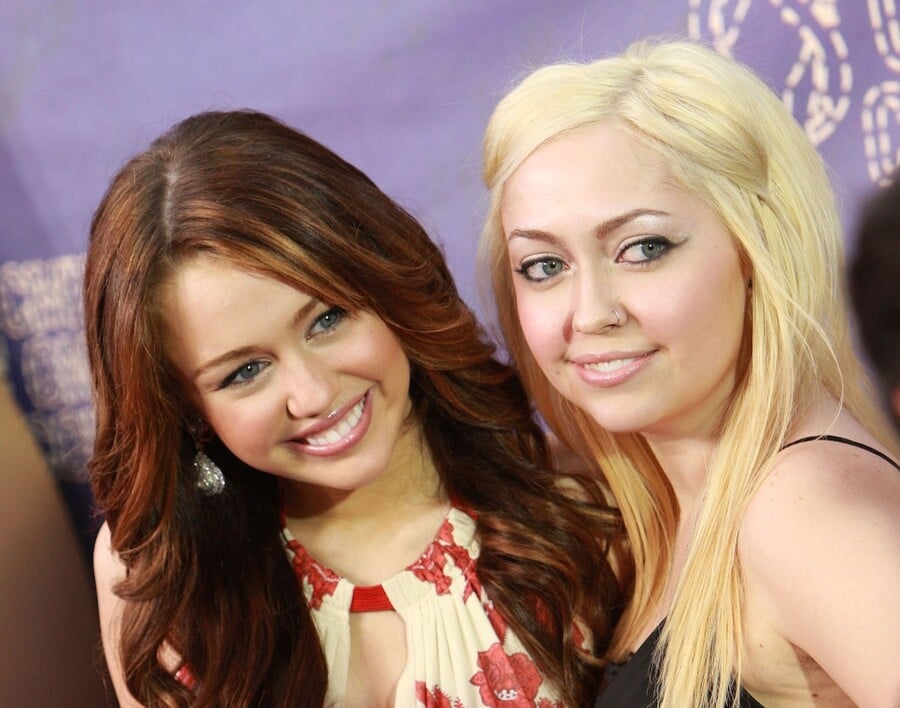 Miley's half-sister Brandi looks so much like Miley that they could be twins. They are the same height and have the same eyes, nose, and mouth. However, that's where the similarity ends. Brandi doesn't make the same edgy and outrageous fashion choices as her more famous sister. Brandi is a fashion designer with her own line, as well as an accomplished equestrienne. Like her sister, however, she did inherit their father's musical talent.

Kate Middleton has been in the limelight since she began dating Prince William in college. Her sister Pippa, however, was thrust into the spotlight on the day Kate married Will. The sisters are very close as evidenced by her status as Kate's maid of honor in a stunning dress that accentuated all of Pippa's best features.